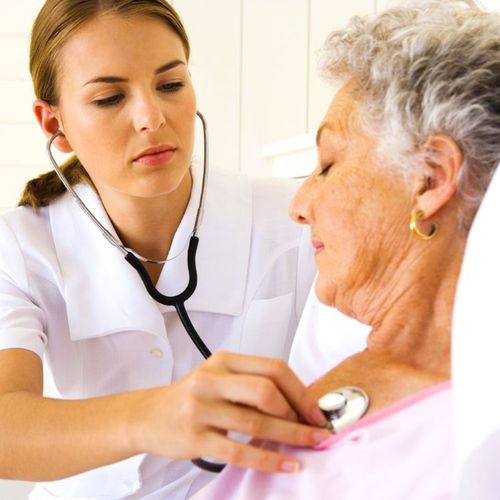 Atrial Fibrillation—You Could Have It and Not Know It

Atrial fibrillation (AF) is a common type of A arrhythmia (irregular heartbeat) affecting more than two million Americans. This figure includes up to 5 percent of people over age 65, many of whom may not know they have the disease. If untreated, AF significantly increases risk of stroke and other blood-clot-related ailments. Fifteen percent of all strokes occur in people with AF, and it's the leading cause of stroke in women over age 75.

Some good news: In recent years, doctors have learned a great deal about AF. If it's detected and treated promptly, AF-related strokes can usually be prevented.

WHAT IS ATRIAL FIBRILLATION?

The job of the two upper chambers of the heart (atria) is to pump blood into the lower chambers (ventricles), which in turn pump blood to the rest of the body. Normally, a regular electric pulse courses through the heart around 60 times per minute, triggering each heartbeat. But in AF, the atria beat several hundred times a minute, causing them to wiggle, or fibrillate, instead of contract in a regular heartbeat.

Unlike ventricular fibrillation—which can cause sudden death if not treated within minutes—atrial fibrillation is not immediately life threatening. But because it causes blood to stagnate in the atria, it sharply increases the risk that a blood clot could form there, then break off and lodge in the brain, causing a stroke, or in another organ or limb, blocking circulation.

With AF, increased electrical signals also reach the ventricles, causing them to beat more rapidly and less efficiently. This can lead to increased heart rate as well as reduced blood flow—which, in turn, may cause heart palpitations, dizziness, shortness of breath, fatigue or angina (chest pain).

These symptoms aren't always present, however and when they are, they can vary from person to person. In some older individuals, for example, overall heart rate may not increase. Some people with AF have no symptoms at all.

Trap: Many other disorders, including other types of arrhythmias, can mimic the signs of AF.

While signs of AF may sometimes be detected by feeling the pulse or listening to the heart through a stethoscope, the only sure way to accurately diagnose AF is with an electrocardiogram (EKG), which will clearly show if any abnormal heart rhythm exists. In an EKG, electrodes are placed on the chest and body to record the heart's electrical impulses while the patient lies on an examination table. The test is quick and painless.

If someone has persistent AF (meaning the arrhythmia is occurring constantly), it can be uncovered by having an EKG. In the case of episodic AF (meaning the AF lasts for minutes or hours, then stops for a while before recurring), it may be necessary to wear a Holter monitor, which makes an EKG recording of the heartbeat for 24 hours, or use another type of heart monitor.

If an EKG reveals AF, then an echocardiogram (which uses sound waves, like a sonogram, to take a picture of the heart chambers) may also be done, either at the chest wall or, for more revealing pictures, via a tube inserted into the esophagus, to check for abnormalities of the valves as well as for blood clots.

A Holter monitor is often employed to see how well a given medication works throughout the day. A patient may need to try several medications before finding the one that works best.

These might include: Excessive intake of alcohol and/or caffeine on a regular basis...use of a stimulant, such as a decongestant containing pseudoephedrine, or an illicit drug, such as cocaine...coronary artery disease...high blood pressure...a leaky mitral valve in the heart... hyperthyroidism...pericarditis...lung disease, such as emphysema or chronic obstructive pulmonary disease (COPD)...or congestive heart failure.

If the AF persists after such causes are addressed, as is the case in about 30% of patients, then an antiarrhythmic drug, such as sotalol (Betapace), flecainide (Tambocor) or amiodarone (Cordarone), may be prescribed. These drugs work by blocking ionic channels in the walls of the heart cells. (All heart cells have channels in their walls, through which ions travel back and forth, altering the electrical charge of the cell—including sodium channels, potassium channels and calcium channels.)

These drugs have a number of side effects, such as thyroid disturbances and lung damage.

Note: These drugs can interact dangerously with a number of other drugs, including warfarin (in which case the combo can cause excessive bleeding), tricyclic antidepressants and antipsychotic medications.

If the AF still isn't corrected, then more aggressive treatments may be tried...

Newest ablation techniques have yielded success rates of more than 70% (keeping in mind that this procedure is done on carefully selected patients), though the long-term recurrence rate isn't yet clear. 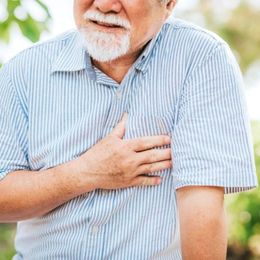 The Protein That Cleans Out Arteries 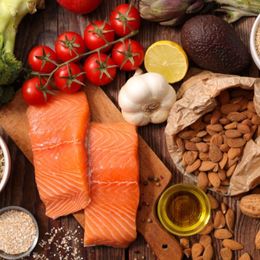