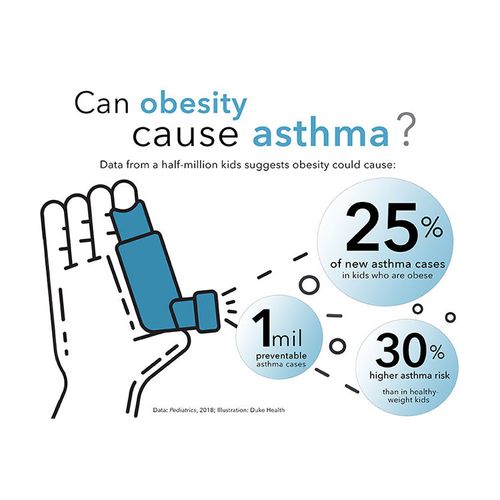 Asthma Could Be Wrong Diagnosis in Overweight People

Being overweight increases the odds you'll be misdiagnosed with asthma when other problems are actually to blame for shortness of breath or wheezing.

That's the conclusion of a study that determined that about 60% of overweight people diagnosed with asthma actually didn't have the lung disease.

Study author Dr. Chirag Mehta, a pulmonary critical care fellow at Newark Beth Israel Medical Center in New Jersey, explained that people who are overweight or obese can have other conditions that produce symptoms similar to asthma, such as shortness of breath from being out of shape or wheezing from acid reflux disease.

"The bottom line, he cautioned other physicians, is that we should be looking for other diagnoses with a patient with increased BMI" Body mass index (BMI) is a ratio of height to weight.

"It's the old question: Which came first, the chicken or the egg?" said Mehta, who explained that it's not clear whether obesity or asthma comes first. People with asthma may have to take oral steroids, which causes them to gain weight, which causes their asthma to worsen, he said.

Other research has shown that when morbidly obese patients undergo bariatric (weight loss) surgery and lose weight, their asthma symptoms are relieved. Such findings made the researchers behind the new study wonder if the original asthma diagnosis was correct.

To assess the accuracy of asthma diagnoses in the overweight or obese, Mehta and his colleagues recruited 20 people who had been diagnosed with asthma but whose lung-function tests suggested they might not have the disease.

Ninety percent of the group was overweight, with 60% meeting the criteria for obesity.

The researchers performed lung-function tests and a test known as bronchoprovocation. In this test, the airways of a person with asthma will overreact or become hyper-responsive when provoked with methacholine, a substance that is a known irritant.

Only 39% of those overweight or obese individuals tested positive on this test, which meant that nearly two out of every three study participants had been misdiagnosed with asthma.

Dr. Bohdan Pichurko, chief of pulmonology at Providence Hospital in Southfield, Michigan, added that when someone is overweight, it's a matter of simple mechanics. The increased body mass stiffens the lungs and doesn't allow them to expand fully.

"You can't expel a full breath. It's like someone laying a bag of buckshot on your chest." said Pichurko. He said certain forms of high blood pressure or untreated heart disease can also cause wheezing.

Pichurko said this study provides important information to both doctors and their patients. "In overweight individuals, lung-function testing isn't something we can bank on," he said.

Pichurko recommended that anyone who is overweight and has symptoms of asthma see an asthma specialist, preferably at a specialized breathing lab. However, he said, in many areas of the country, breathing labs aren't accessible.

If a breathing lab or an asthma specialist isn't available, you can work with your doctor and keep track of your peak flow readings (a measurement of your ability to push air out of your lungs) three or four times a day. If they remain fairly constant, not varying by more than 10% or so, you may not have asthma. If, on the other hand, they're varying from reading to reading by 50% or 60%, you're likely to have asthma.

Getting the proper diagnosis is important. "With an incorrect diagnosis, patients aren't treated for what they do have, and they're taking costly medications that don't help and can cause side effects," said Pichurko. 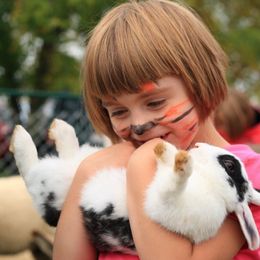 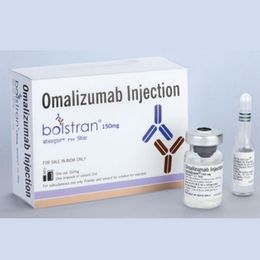