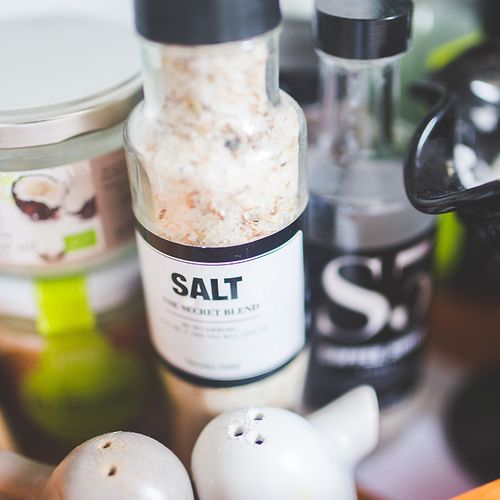 Are You Getting Too Much Salt?

For years, Americans have been warned that excessive use of salt (sodium chloride) can elevate blood pressure in some people.

Now: Doctors are becoming increasingly concerned about the amount of salt consumed by Americans and fear that it is contributing to even more health problems than previously believed

Sodium is a mineral that is found naturally in most foods. Everyone is aware of high-sodium foods, such as soy sauce, pickles, potato chips, most canned foods, frozen dinners and lunch meats.

However, few people realize that sodium is found in most carbonated drinks, including many diet sodas. Many brands of tomato juice contain significant amounts of sodium.

Example: Campbell's V8 contains 590 mg of sodium (more than one-quarter of the recommended daily total) per eight-ounce serving Small amounts of sodium are even found in the tap water of many US municipalities.

Caution: Sodium is found in many over-the-counter medications.

Our bodies require sodium to help regulate fluid balance. The mineral also is essential for nerve and muscle function. Sodium works with the mineral potassium, which counters the adverse effects of sodium, to keep the proper amount of liquid and electrolytes (minerals needed for proper functioning of the body) inside the body's cells. These minerals are excreted via sweat and urine. Imbalances can occur when too much sodium remains in the body in relation to potassium.

Dangers Of Too Much Sodium

Even though high blood pressure (hypertension) is the most commonly recognized health risk associated with excessive sodium intake, there are other potentially serious conditions that can result.

Even in someone who does not have hypertension, excessive sodium intake increases risk for congestive heart failure inadequate pumping action of the heart)...kidney disease...hardening of the arteries (arteriosclerosis)...swelling of the lower legs, ankles and feet (edema). and ischemic stroke (impaired blood flow to the brain) as well as hemorrhagic stroke (bleeding into or around the brain).

Consuming too much sodium also may increase your risk for osteoporosis. That's because sodium and bone-strengthening calcium metabolism are linked. High sodium intake may increase the excretion of calcium, which is removed from the body-along with excess sodium-via urine. Over time, calcium stores in the bones will be reduced. This can lead to a calcium deficiency that often results in osteoporosis.

To avoid potential dangers, healthy adults should limit their sodium intake to 2,300 mg (approximately one teaspoon) daily, according to the American Heart Association (AHA).

In a recent study, salt sensitivity was found to increase a person's risk for death as much as high blood pressure, regardless of whether blood pressure actually was elevated.

In the study, salt sensitivity was measured by giving study participants a saline solution followed by a diuretic (a water- and salt-excreting drug) and testing blood pressure volume (the fluid content within blood vessels) over a twoday period as salt in the body was increased and then decreased. Unfortunately, there is no test available to the public for salt sensitivity.

Simply putting away the salt shaker is not the full solution.

Salt added to food by the eaters themselves accounts for only about 15% of the average American's total daily sodium intake. About 75% comes from sodium in processed and restaurant food, while the remaining 10% of a person's total sodium intake comes from the natural sodium content of food.

Cutting back on canned and processed foods, including fast food, while increasing your intake of fresh fruits and vegetables can substantially lower your sodium intake-most produce contains small amounts of sodium and increases levels of sodium-balancing potassium. To reduce sodium intake when dining in a restaurant, ask that no salt be added to your food.

Our bodies function most efficiently when we maintain a five-to-one ratio of potassium to sodium. In addition to fruits and vegetables, most unprocessed natural foods, including whole grains and legumes, contain more potassium than sodium. Maintaining this dietary ratio promotes healthy blood pressure.

Some salt substitutes, such as Nu-Salt and NoSalt, contain potassium chloride rather than sodium chloride. These substitutes, available at most grocery stores, taste much like table salt and can be used without potential health risks by most people.

Caution: Potassium chloride-based salt substitutes can be harmful to people who have kidney disease, which can inhibit the proper excretion of potassium and lead to heart and nerve problems. In addition, if you're taking drugs that cause potassium retention, including those for high blood pressure or congestive heart failure, consult your doctor before using a salt substitute.

Good alternative: A seasoning blend such as Mrs. Dash, which does not contain potassium chloride.

Herbs and spices also add flavor to food. Instead of mimicking the taste of sodium with salt substitutes, try using garlic, lemon juice, flavored vinegar, cumin, pepper, tarragon and/or oregano in food. After a few weeks of reducing salt intake, most people no longer miss it. 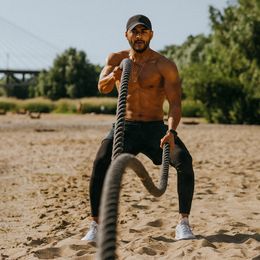 Strength Training Is The Best Exercise for Your Health...Really! 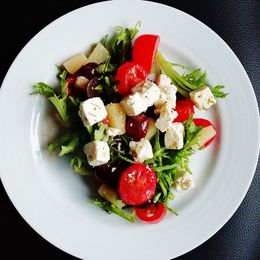