Are You a Picky Eater? It Can Be a Serious Problem

We have all known little ones who are picky eaters-children who turn up their noses at vegetables...never try new foods.. and often have just three favorite foods. But not adults, right? As it turns out, picky eating in adults is much more common than you might think.

Although most children eventually expand their palates and eat normally, many don't–and their finicky eating habits persist into adulthood. In recent years, researchers have begun to recognize that this type of picky eating, also known as selective eating disorder (SED) or food neophobia, adversely affects a significant number of adults, leading to nutritional deficiencies and even interfering with a normal social life.

Picky eating is not yet considered by health professionals to be a diagnosable disorder in adults, but that may soon change. Currently, this eating problem is officially recognized only as a diagnosis in children younger than age six and is characterized by selective eating that causes significant weight loss or a failure to grow normally.

However, an American Psychiatric Association task force is now investigating whether a new disorder should be proposed-one that is redefined to include children of all ages and adults whose food aversions and/or food avoidances lead to marked weight loss...nutritional deficiencies...dependence on tube feeding or supplements...and/or impaired social functioning. The proposed name of this newly defined disorder is avoidant/restrictive food intake disorder.

The Problem In Adults

Researchers do not yet know exactly why this disorder occurs, although several factors may contribute. Some picky eaters may have a genetic predisposition to taste sensitivity...or they may have grown up with parents who were selective eaters. For some selective eaters, a prior illness, such as food poisoning or acid reflux, can make them fearful of eating and worried about getting sick again.

Because few studies have been done on picky eating in adults, the characteristics are still being discovered. Researchers do know, however, that picky eaters are highly sensitive and reactive to taste, food textures and odors.

For example, they often avoid foods that are chewy, stringy or slimy, such as cooked vegetables, and instead prefer crispy, crunchy foods, such as chips. They often dislike bitter foods, such as broccoli, but frequently have no problem with sweets. Sometimes, even the sight or smell of certain foods can bring on feelings of anxiety and/or disgust...and make them gag. Most people dislike some foods intensely-but it's different for adults who are picky eaters. They not only have extreme reactions to many foods, their reactions also cause them extreme emotional distress.

When To Get Treatment 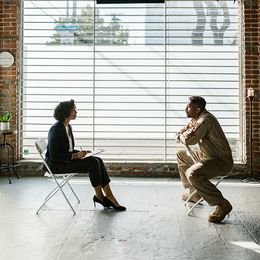 Complementary Medicine A Boon to Soldiers With PTSD 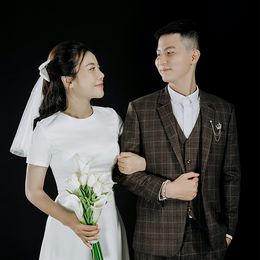