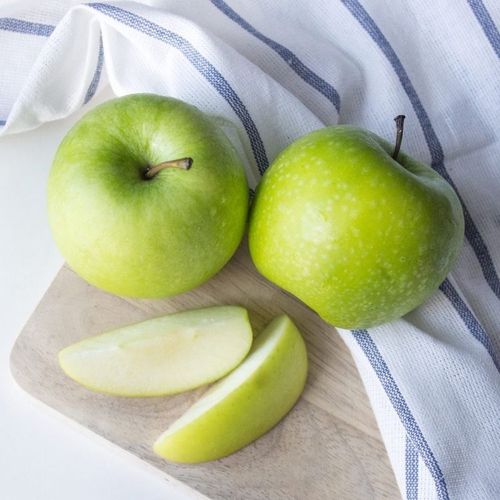 A raging controversy was ignited when new statin drug guidelines were released here in the US in 2013. Many experts, critical of the new guidelines, argued that far too many people would be pushed onto statins needlessly-people who did not have heart disease or high cholesterol and whose risk for heart attack or stroke was small. The critics said that the benefits of cholesterol-lowering drugs were vastly overstated... the drugs' potential risks, including severe muscle damage and diabetes, were understated... and that short shrift was given to the dietary and lifestyle changes that safely reduce cardiovascular risk.

A newer study from across the Atlantic makes a creative and compelling argument supporting the dietary approach rather than the sweeping use of statins. Researchers figured out a way to compare the potential effects on cardiovascular death rates of widespread statin use with the widespread adoption of one very simple and delicious habit-eating an extra apple a day.

For the new study, researchers developed mathematical models using data from previously published scientific studies. First they considered how many deaths from cardiovascular causes (stroke, heart attack, heart failure, abdominal aortic aneurysm) might be prevented if statins were prescribed to everyone in the UK age 50 or older, not just to those with high cholesterol or other cardiovascular risk factors. Based on general compliance rates found in other studies, they estimated that 70% of people would comply with the statin recommendation... and that this widespread statin use would prevent 9,400 deaths per year.

Next they considered how many annual cardiovascular deaths would be avoided if everyone in the UK age 50 or older added one apple to his/her daily diet, eliminating something else with the same number of calories (about 50 calories for a small, 100-gram apple). It was presumed that people who were currently taking statins would continue on the medication while also adding the daily apple to their diets, not that current statin users would switch from the drug to the fruit. Again assuming that just 70% of the population complied with the "apple prescription,'' the researchers calculated that those daily apples would prevent 8,500 cardiovascular deaths per year in the UK-which is pretty close to the benefit estimated for widespread use of statins. (You don't fancy apples? That's OK-surprisingly, the researchers noted that the same number of deaths prevented would also apply to other fruits.)

Apple advantage: Yes, the statins came out slightly ahead in raw numbers, topping apples by 900 lives saved. However, the researchers did not calculate the degree to which that 900-person difference might diminish if the side effects of statins were factored in. But they did estimate that, as a side effect of having 70% of people age 50 and up on statins, an additional 1,200 people in the UK would develop myopathy... 200 would develop rhabdomyolysis (serious muscle damage that can lead to kidney failure... and another 12,300 would develop type 2 diabetes, which itself can be fatal. Apples, in contrast, do not cause any side effects... except perhaps, the researchers quipped, the distress caused by a bruised apple or the theoretical risk of identifying half a worm inside!

From the UK to the US: Comparing UK residents to US residents is a little like comparing, well, apples to oranges, given that the two populations have a different baseline cardiovascular risk status, age distribution and diet. However, we can say that the number of deaths averted if Americans added an apple a day to their diets could be about five times higher than the number of UK deaths averted, since the age 50-plus population of the US is about five times that of the UK.

This is not to say that all statin users should drop the drugs and switch to apples. For certain people at significant risk for heart attack or stroke, statins can be hugely beneficial-so the decision about whether to take the drugs is one that must be made by each individual in consultation with his/her doctor. But this study does add an interesting insight to the controversy about very widespread use of statins versus healthful lifestyle changes.

How apples may help: Apples (and other fruits) contain heart-healthy antioxidants and anti-inflammatory compounds. Apples also are rich in pectin, a dietary fiber that reduces cholesterol. If drug companies could patent apples and corner the market on them, you bet they would try! Luckily they can't, and we can all eat heart-healthy foods-including an apple a day-to help keep the heart doctor away. 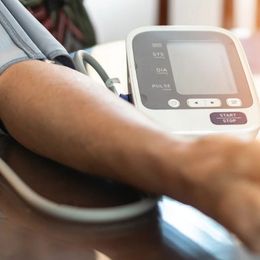 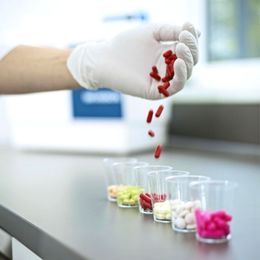