Medications that are commonly used to treat children and teens who have aggression issues, bipolar disorder and schizophrenia may increase their later risk of developing type 2 diabetes and heart disease, according to a study.

As when used by adults, prescription antipsychotic medications can also lead to insulin resistance in kids, says Dr. Mark Riddle, director of child and adolescent psychiatry at Johns Hopkins School of Medicine. Insulin resistance is a condition in which the body's cells don't respond to insulin as they should

In Riddle's study, believed to be the first to link antipsychotic drugs with insulin problems in children and teens, researchers observed 11 children between ages 10 and 17 who had gained weight while taking three different antipsychotic drugs-olanzapine (Zyprexa), quetiapine (Seroquel) or risperidone (Risperdal). Excess weight gain, one documented side effect of these drugs, is itself a risk factor for developing insulin resistance that can lead to diabetes and heart disease.

Previous studies done on adults have also pointed to an increased risk of insulin resistance from taking antipsychotic medications, says Dr. Glen R. Elliott, associate professor and director of the Children's Center at Langley Porter, which is affiliated with the University of California, San Francisco. "There's been an assumption that this is likely to be true sin children]."

But Riddle's research suggests that the drugs may have an independent effect on insulin, over and above the effect of excess weight.

Still, Riddle says that his findings do not mean the drugs should not be prescribed. "Work with an experienced clinician," Riddle advises, to determine if the benefits from these drugs outweigh the risks.

These second-generation drugs work, Riddle says, by binding to receptors for the neurotransmitter dopamine in the brain, affecting the transmission of impulses and helping to change behavior and thinking.

"In certain cases, the use of these antipsychotics are essential for the child to function," says Dr. Charles Goodstein, clinical professor of psychiatry at New York University Medical School

Based on anecdotal reports, Goodstein says these agents, like antidepressants, are sometimes overprescribed. Therefore, parents should ask the exact diagnosis and why the doctor is prescribing the drug, "These are potent medications, and you don't use them without good reason," he says.

Nuts, peanuts and peanut butter can cut diabetes risk by 20%. Eating a handful of nuts or peanuts or one tablespoon of peanut butter five times a week protects against adult-onset diabetes. These foods are high in unsaturated fat, fiber and magnesium, which helps improve insulin sensitivity and glucose metabolism and lower cholesterol levels. Read labels carefully, and use these foods as only one part of a well-balanced diet.

Every two hours of TV watching per day raises diabetes risk by 14% and obesity risk by 23%. 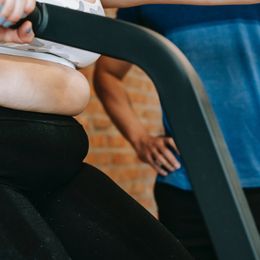 Lower Your Blood Pressure, Save Your Sight 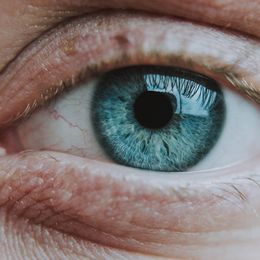