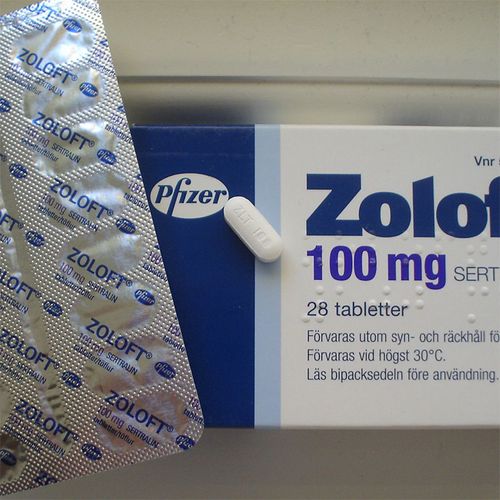 Antidepressants Can And Do—Save Lives

Despite the ongoing controversy over the potential increase in suicide among children who take antidepressants, the life.

saving benefits of medications such as Paxil, Prozac and Zoloft far outweigh their risks, according to the results of a new analysis.

A comprehensive review of decades of data from the US and Europe shows that there is a close correlation between dramatic declines in suicide rates and the introduction of the selective serotonin reuptake inbibitor (SSRI) family of antidepressants into the marketplace.

"If these drugs were really causing suicide, the reverse should be happening." says study author Dr. Julio Licinio, a professor of psychiatry and medicine at the David Geffen School of Medicine at the University of California, Los Angeles.

"It's sometimes hard to see the big picture, but I think the overall effect lof SSRIS) is positive," Licinio adds.

In their study, Licinio and his colleagues pored over statistics on depression and suicide, stretching back to the 1960s.

The data included US suicide rates, as well as studies reporting on the percentage of suicide victims that were found with traces of antidepressants in their bloodstream.

"To my surprise, I found that the suicide rate goes up in a straight line, year by year, from the 1960s on right up until 1988, which is exactly the year Prozac was introduced," Licinio notes. "From then on, it goes down substantially."

In fact, according to recent figures from the Centers for Disease Control and Prevention (CDC), suicide fell from the eighth leading cause of death in 1998 to the eleventh in 2002.

"Also, we find antidepressants in the blood of less than 20% of people who died of suicide," he says. Conversely, 80% of suicide victims had no blood history of antidepressant use, suggesting that either antidepressants were not prescribed or the victims were not taking what was prescribed. Therefore, the vast majority of victims might have killed themselves because of untreated depression.

Dr. David Fassler, a child and adolescent psychiatrist and spokesman for the American Psychiatric Association, says these findings "support the growing consensus that, when used appropriately, the benefits of these medications far outweigh the potential risks."

Fassler believes there's now a real concern in the medical community that the public is getting confused by contradictory media reports on this issue). As a result, people may be less likely to get treatment. That would be a real tragedy, because the good news is that we can help most people who suffer from psychiatric disorders, including depression."

Isolated reports of teens committing or attempting suicide while taking antidepressants sparked Congressional debate and widespread media attention. In 2004, a special US Food and Drug Administration (FDA) panel ordered that a "black box" warning be placed on all SSRI packaging, alerting doctors, parents and young users to the potential risk.

But has fear pushed the pendulum too far away from a balanced assessment of these medications?

Gail Griffiths, a member of the FDA panel who voted "yes" to the black box warning, says she would vote differently now.

"If I would have known how sharply prescription rates were falling, I would not have voted in favor of the black box warning," says Griffiths, a parent whose son attempted suicide while on antidepressants.

"I hoped the FDA could help to inform parents, but it seems many parents have simply become fearful of antidepressants, which are so often the life jacket preventing us from being sucked under by depression's powerful undertow," she adds.

Any reaffirmation of the benefits of SSRIs should not obscure the fact that a minority of users—especially young people may experience some increase in suicide risk while on these medications. That's mainly due to the way the drugs work, boosting energy before they ease feelings of gloom, says Licinio.

"Many people who are depressed think, 'Oh, the world would be better off without me.' But they simply lack the energy to act upon that feeling," he says. "At the beginning of SSRI use, they begin to get that energy, however."

Licinio says that initial period is when parents and doctors should monitor young users most closely, although he stresses that monitoring must continue as long as the therapy goes on.

"Of course, suicide is always tragic on an individual level, but I look upon these drugs as I would a vaccine another intervention that saves lot of lives," Licinio says. "We should be alert here not to throw the baby out with the bathwater." of Parents can get a free guide on the use of medication in treating childhood and adolescent depression at the ParentsMedGuide Website, www.parentsmedguide.org.

Everyone has a short stint of the blues now and then. But if you feel "down in the dumps" or hopeless for several weeks, it could indicate depression.

According to the National Institute of Mental Health (NIMH), symptoms of clinical depression include...

A qualified mental health professional can help you figure out if you are experiencing depression and recommend treatment options. 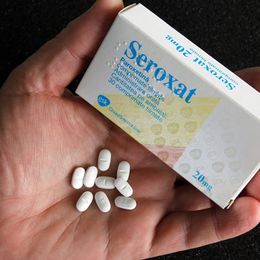 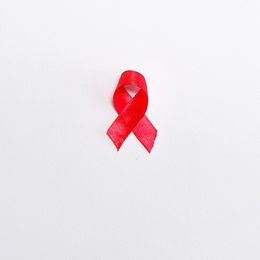