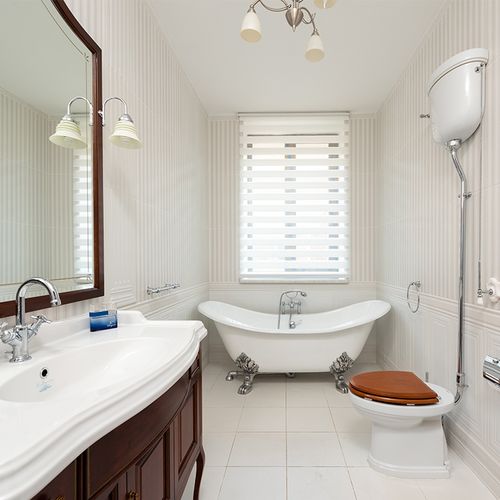 A two-week course of an antibiotic relieved bloating and other symptoms of irritable I bowel syndrome (IBS), a common gastrointestinal disorder, for more than two months after treatment ended, new research shows.

Researchers say the antibiotic, rifaximin, is the first treatment for irritable bowel syndrome that may get at an underlying cause of the condition, rather than just treating the symptoms.

The findings were published in The New England Journal of Medicine.

IBS is a recurring condition that can include cramping, abdominal pain, bloating and a change in stool consistency and frequency, such as constipation and diarrhea, according to the US National Digestive Diseases Information Clearinghouse.

The cause of IBS is unknown. Researchers have not been able to determine a specific abnormality, such as an infection or inflammation, that explains it.

The research involved 1,260 people with IBS but no constipation. They took either rifaximin or a placebo three times a day for two weeks.

In the four weeks after treatment, nearly 41% of those who'd taken rifaximin reported "adequate relief" of IBS symptoms, compared with about 32% of the placebo group.

When asked about bloating, about 40% in the rifaximin group said they had found relief from this problem, compared with about 30% who'd taken the placebo. Bloating can be one of the most vexing aspects of IBS, gastroenterologists said.

People in the rifaximin group also reported less abdominal pain and loose or watery stools, and the effects of the antibiotic therapy persisted 10 weeks after treatment ended.

What The Results Mean

This is important, said Yehuda Ringel, MD a gastroenterologist and associate professor of medicine at the University of North Carolina at Chapel Hill and a study coauthor.

Current treatments, including antidiarrheal and anti-constipation medications, target only the symptoms of IBS and work only as long as people continue taking the drugs, Dr. Ringel said. But rifaximin may do more.

"This research shows that antibiotics work for patients with IBS, suggesting the intestinal flora (bacteria) has a role in causing this condition," Dr. Ringel said. "The effect lasted for 10 weeks after discontinuation of the medication, suggesting we are changing something in the underlying abnormality."

Salix Pharmaceuticals, the manufacturer of the drug, funded the research, a phase 3 clinical trial. The company has applied for US Food and Drug Administration approval for the medication, which is currently approved for treating traveler's diarrhea and hepatic encephalopathy, a brain disorder caused by liver disease.

Another benefit of rifaximin, Dr. Ringel said, is that it's poorly absorbed by the body, meaning that it passes through the stomach into the intestines and is excreted in the stool instead of being absorbed into the bloodstream.

That means there's less risk for side effects than there is with antibiotics that are absorbed systemically, said Jan Tack, MD, PhD, a professor of medicine and head of the Translational Research Center for Gastrointestinal Disorders at the University of Leuven in Belgium, who wrote an accompanying editorial.

"Rifaximin looks promising and has a number of attractive features," Dr. Tack said. "IBS is a very prevalent condition, and the number of therapies of proven efficacy is very, very limited. There is clearly a need for new therapies."

Coping With The Disorder

Though uncomfortable and distressing, IBS does not harm the intestines and does not raise the risk for other diseases, such as cancer, Dr. Ringel said.

But for some, nothing much works, and IBS can leave them unable to work, attend social events or even travel short distances.

Prior research has suggested that an imbalance in gut flora, or bacteria that live in the small intestine and colon, might contribute to IBS.

The fact that an antibiotic, which kills bacteria, was effective supports that, Dr. Ringel said.

There is much still to learn. Experts don't know if an alteration of the microflora causes the condition or, perhaps, is a result of the condition, Dr. Ringel said.

And rifaximin is a broad-spectrum antibiotic, meaning it kills lots of types of bacteria, Dr. Tack said. Researchers also don't know which bacteria might contribute to IBS.

"And right now we only have 12 weeks of data," Dr. Tack said. "What happens if you relapse? Can you treat them again with rifaximin, and will it work?” 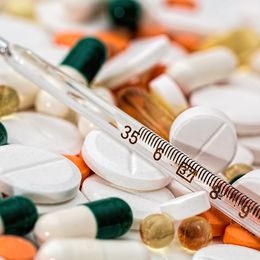 Long-Lasting Side Effects You Can Get From Antibiotics 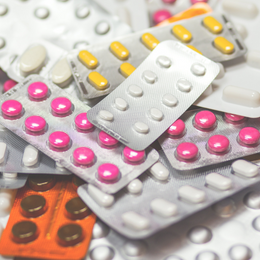