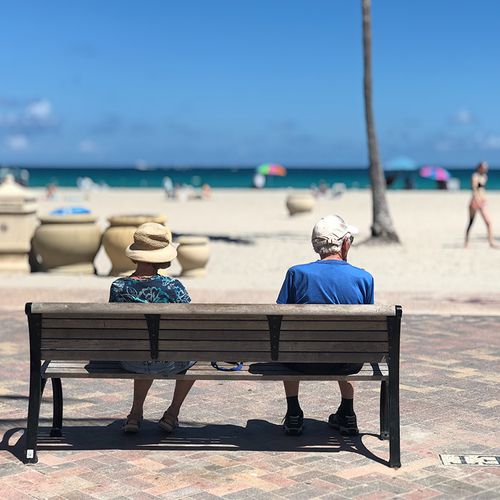 There are four drugs currently on the market that can delay the progression of Alzheimer's symptoms for up to a year.

And researchers are investigating dozens of new medications that attack Alzheimer's underlying disease mechanism. Hopefully, at least several will be found effective and approved for use over the next few years.

Three drugs—donepezil (Aricept), rivastigmine (Exelon) and galantamine (Razadyne)—are cholinesterase inhibitors, which boost levels of acetylcholine, a chemical in the brain known as a neurotransmitter that is involved in attention and memory. The FDA recently approved an Exelon skin patch. Applied just once a day and worn for 24 hours (as opposed to the pill form, which is taken twice a day), it decreases the likelihood of forgetting a dose, while minimizing the gastrointestinal side effects of nausea and diarrhea sometimes caused by these meclications.

The fourth medication, memantine (Namenda), reduces brain levels of glutamate, a chemical linked to brain cell degeneration. Namenda may be taken alone or with a cholinesterase inhibitor.

All four drugs are equally effective and can be useful in the appropriate circumstances—with mildly affected patients who are otherwise in good health. However, they're basically plugging a leaky dike-improving symptoms temporarily, but doing nothing to prevent the continued destruction of brain cells. They typically delay onset of further Alzheimer's symptoms by six months to a year, after which patients begin to deteriorate. Continuing on these medications will still keep them functioning at a higher level than they would otherwise, delaying the onset of severe symptoms, such as loss of ability to carry out basic daily living activities (bathing, dressing, etc.).

What's desperately needed are drugs that intervene in the Alzheimer's disease process to halt, or even reverse, its progression.

About a dozen candidates are now in middle-to-late stages (Phase II or III) of human trials, while many others are in earlier stages (Phase I) of study.

To find out more about clinical trials that you or a loved one may be eligible for, visit the National Institute of Aging's Web site (www.nia, nib.gou Alzheimers) and click on "Search the AD Clinical Trials database."

Many of these new drugs focus on reducing brain levels of beta amyloid, a protein that forms plaque deposits inside the brains of people with Alzheimer's. Many researchers think beta amyloid is the disease's primary cause. These experimental medications either speed removal of beta amyloid particles from the brain, block their production or immunize the brain against them. For Phase II, they include..

Action: Binds with beta amyloid, preventing it from forming brain deposits. Recently completed its Phase III trials. The results of the trials were inconclusive.

Action: An Alzheimer's vaccine,"containing antibodies that bind with amyloids and remove them from the brain.

Other experimental medications focus on the fact that the brains of Alzheimer's patients show reduced glucose metabolism, which could be damaging brain cells by depriving them of sustenance. Phase II trials include...

*In Phase 1 of a clinical trial, the drug or treatment is tested for the first time with a small group (20 to 30 people) to evaluate its safety, determine dosage ranges and identify side effects. In Phase II, it is tested with a larger group (100 to 300 people) to evaluate effectiveness, as well as to further evaluate its safety. In Phase III, large groups (1,000 to 3,000 people are given the drug or treatment to confirm effectiveness, monitor side effects, compare it with other commonly used treatments and collect other data that will allow the drug to be used safely.

Action: Enhances glucose metabolism by increasing insulin sensitivity. Now in Phase III trials for mild to moderate Alzheimer's in a subset of patients with one genetic marker. Questions have been raised about its safety.

A number of other studies are looking at potential benefits of familiar medications for Alzheimer's disease, including…

There is some evidence that several nutritional supplements may have a modest preventive effect against Alzheimer's. Several large studies of these supplements are now under way, including…

Although these supplements are readily available, they are not yet proven to a reasonable scientific standard to have any effect on Alzheimer's. Use as a preventive or for symptomatic therapy is not recommended.

Finally, there's a very interesting and extensive line of research showing that people who are mentally active have a lower risk of developing Alzheimer's. It's not clear whether this mental activity actually forestalls the disease, or if those who are mentally active have healthier brains to start with-brains that allow them to be more active. That said, it's clear that staying mentally engaged—whether by continuing to work, reading and discussing books, doing challenging crossword puzzles, volunteering or belonging to a group or organization in which you take an active role-is an important factor in maintaining health and vitality as you get older.

Alzheimer's is a degenerative brain disease that starts with occasional memory lapses and eventually progresses to the point where much of one's memory and reasoning power is lost. Ordinary tasks, such as dressing and eating, become difficult or impossible. Early warning signs include…

If someone exhibits any of these signs, he/ she should see a neurologist. While there's no single brain scan or lab test that can definitively identify Alzheimer's, an experienced doctor can usually recognize its early stages.

Self-defense: Exercise and proper diet are very effective at keeping blood pressure down. Ask your doctor what is best for you.

Problem: Many Alzheimer's patients have symptoms years before being diagnosed. Warning signs include short-term memory loss, confusion about time and place, and changes in mood or personality. If you detect symptoms, consult a geriatrician who can do an evaluation.

A commonly used drug can help patients with A severe Alzheimer's, according to Sandra E. Black, MD. Many patients with mild-to-moderate Alzheimer's disease take donepezil (Aricept to help memory and functioning in everyday life.

New study: Aricept stabilized and sometimes even improved memory, thinking skills and certain other functions in 63% of patients with the advanced stage of Alzheimer's. The comparable figure for patients given a placebo was 39%.

Older people with mild difficulty recognizing scents, such as cinnamon and lemon, are 50% more likely to develop cognitive impairment within five years, compared with people whose odor recognition is intact. This impairment often precedes the development of Alzheimer's.

Overweight women are more likely to develop Alzheimer's than women who are a healthy weight. On average, Alzheimer's risk increases by 36% for every five to eight pounds over your ideal weight (based on your height). If your body mass index (BMD-a ratio relating weight to height-is 25 or above, you are considered overweight. A BMI in the range of 19 to 24.9 is healthy. For an on-line BMI calculator, go to the National Heart, Lung and Blood Institute's Website, www.nblbisupport.com/bmi.

Men typically have lower levels of the hormone estrogen than women. However, after menopause women have lower estrogen levels than men of the same age.

In a recent study, researchers evaluated hormone levels and cognitive function in 2,974 men ages 71 to 93 over an average of six years.

Result: The risk for Alzheimer's rose with increasing levels of estrogen.

Theory: The production of estrogen involves aromatase, an enzyme that, in some cases, may serve as a marker for Alzheimer's. Previous research found a similar link in women. More studies are needed.

Low Testosterone May Be Hazardous to Your Health

Low testosterone may be hazardous, warns Molly Shores, MD. According to a recent study, which followed men over age 40 for an average of four years, those with low testosterone were up to 88% more likely to die during the study period than men with normal levels.

Best: Testosterone supplements should be used only by men who have been diagnosed with a significant deficiency and under a doctor's supervision.

More than 10% of new HIV patients in the M us are 50 or older, reports Barbara Bartlik, MD, Safe-sex messages are not aimed at this age group, but practicing safe sex is as important for older people as it is for younger. Unfortunately, older men, especially those with erectile problems, may be resistant to condom use and women may not insist.

Weight Loss? It Could Be an Early Sign of Dementia

Unintended weight loss may occur up to 20 years before dementia is diagnosed.

Recent finding: On average, women with dementia weighed 12 pounds less than women without the condition.

Possible reason: In early dementia, women may develop apathy and lose some sense of smell, so food is less appealing. No correlation was found in men—and the study, unlike others, did not find obesity in middle age to be a risk factor for dementia. Women who have unintentionally lost weight should ask their doctors to check for diseases that might cause weight loss, such as cancer and heart or lung disease. If none are found, consider a dementia connection. 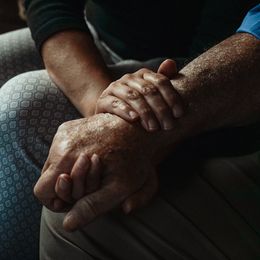 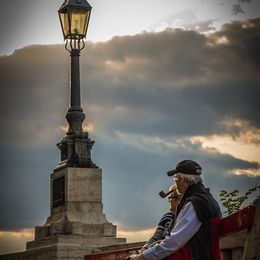