Allergies Can Dampen Your Sex Life

Having allergies can take a toll on your sex life, new research now shows When polled, 83% of people with allergic rhinitis said it affected their sexual activity at least sometimes, with approximately 17% of those affected saying their allergies nearly always got in the way of a satisfying sex life.

"I was kind of surprised that it made that much of a difference," said study author Michael Benninger, MD, chairman of the Head and Neck Institute at the Cleveland Clinic in Ohio.

Commercials for allergy-relief products tend to focus on helping people get back to enjoying an active lifestyle, such as taking their kids to the park, Dr. Benninger said. Rarely is there mention of sex lives, and that could be because it's an area that has been studied so little, he noted.

Allergic rhinitis, also called hay fever, affects 10% to 40% of the US population, according to the researchers. Symptoms include a runny nose, congestion and sinus pressure. Those affected are reacting to indoor or airborne allergens, such as pollens and dust mites.

The study was published in Allergy and Asthma Proceedings.

Exactly why the allergies affect sexual functioning isn't certain, but Dr. Benninger suspects that the runny nose, itchy eyes and other symptoms can make a person feel less than sexy.

The study definitely sheds light on a new area, said Clifford Bassett, MD, a clinical assistant professor of medicine at the State University of New York Health Sciences Center and a clinical instructor at New York University School of Medicine. "Sexual function is not something typically evaluated (with allergies)," he said.

But the finding makes sense to Dr. Bassett, based on what patients report to him. "If people have a runny, drippy nose and feel unsexy, they might be embarrassed by what would be normal intimate contact," he said.

But the condition can be treated, both Dr. Bassett and Dr. Benninger stressed. From over-the-counter nasal sprays to prescription or over-the-counter antihistamines and prescription intranasal steroids, there are plenty of options that minimize uncomfortable symptoms. The trick is finding what regimen works best for each individual.

The message to allergy sufferers, Dr. Benninger said, is not to confine lovemaking to times when their symptoms aren't so bad but to seek treatment that can help them feel better much of the time, Paying attention to allergy triggers and, for instance, closing bedroom windows so pollen levels are at a minimum can help, too.

Bassett also said he hopes the study will wake up those with allergy symptoms whose sex life is less than ideal. "I think it's essential for patients to realize that help is out there," he said. 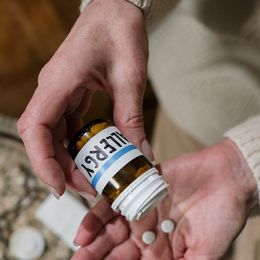 The Secret to Being a Great Caregiver 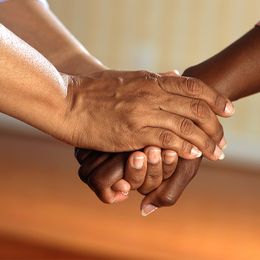