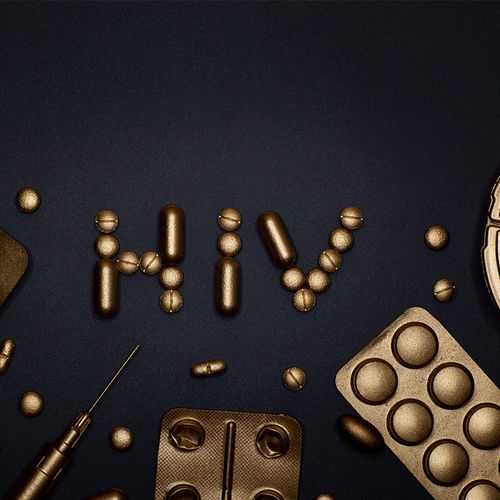 Aging with HIV: A New Reality for Many Over 50

One January day in 1991, career journalist Jane Fowler, then 55, opened a letter from a health insurance company informing her that her request for coverage had been denied due to a "significant blood abnormality."

This was the first inkling-later confirmed in her doctor's office-that the Kansas City, Kansas, native had contracted HIV from someone she had dated five years before, a man she'd been friends with her entire adult life. She had begun seeing him two years after the end of her 24-year marriage.

Fowler, now 75 and healthy thanks to the advent of antiretroviral medications, recalls being devastated by her diagnosis.

"I went home that day and literally took to my bed. I thought, 'What's going to happen? she said. For the next four years Fowler, once an active and successful writer and editor, lived in what she called "semi-isolation," staying mostly in her apartment.

Then came the dawning realization that her isolation wasn't helping anyone, least of all herself.

The Challenge Of Living With HIV

Fowler slowly began reaching out to experts and other older Americans to learn more about living with HIV in life's later decades. By 1995, she had helped co-found the National Association on HIV Over 50. And through her program, HIV Wisdom for Older Women, Fowler today speaks to audiences nationwide on the challenges of living with the virus.

"I decided to speak out—to put an old, wrinkled, white, heterosexual face to this disease," she said. "But my message isn't age-specific: We all need to understand that we can be at risk."

One report, conducted by the AIDS Community Research Initiative of America (ACRIA), noted that 27% of Americans newly diagnosed with HIV are aged 50 or older and by 2015 that percentage could double.

Why? According to Michael Horberg, MD, vice chair of the HIV Medicine Association, there's been a societal "perfect storm" that's led to more HIV infections among people in middle age or older.

"Certainly, with the rise of Viagra and similar drugs to treat erectile dysfunction, people are getting more sexually active because they are more able to do so," Dr. Horberg said. There's also the perception that HIV is now treatable with complex drug regimens, he said, even though these medicines often come with onerous side effects.

Older And Back In The Dating Game

For her part, Fowler said that more and more aging Americans find themselves recently divorced (as she did) or widowed and back in the dating game.

And all too often, doctors fail to appreciate that their patients over 50 might still have active sex lives, so the possibility of sexually transmitted diseases is often overlooked.

"Often, they're tested (for HIV] too late," Fowler said. "Many have already been diagnosed with full-blown AIDS. In fact, that's often how the diagnosis comes." At that point, it's much tougher for AIDS drugs to do their job of suppressing HIV.

Add The Other Diseases Of Aging

Aging with HIV presents other problems, as well. According to ACRIA's survey of about 1,000 HIV-positive men and women, 91% are battling other chronic medical conditions associated with age, including arthritis, neuropathies and high blood pressure. Many are coping with these conditions on their own: 70% of older Americans with HIV live alone, the report found, more than twice the rate of their noninfected contemporaries.

Adding HIV and its often-potent drug treatment to the usual troubles of aging can be tough. According to Dr. Horberg, many of the diseases of aging "are made worse by HIV or its treatment." For example, he said, the AIDS drug tenofovir can impair kidney function, other antiretrovirals cannot be taken with cholesterol-lowering drugs such as Zocor or Mevacor, and it's suspected that HIV infection might even accelerate the onset of Alzheimer's disease.

Issues of HIV prevention and treatment can be especially tough on older women, said Diane Zablotsky, PhD, an associate professor of sociology at the University of North Carolina who's worked on the issue.

In terms of prevention, she noted that it may be tougher for a woman past menopause to negotiate condom use with a partner, when pregnancy is no longer an issue. And in terms of diagnosis and treatment, 'if you have a woman experiencing night sweats and other kinds of symptoms-is that menopausal change? A medication issue? Or is it an HIV-infection issue?"

All of the experts stressed that the key to curbing HIV infection in older Americans is the same as it is for the young: prevention. But that will mean having much franker discussions about sex.

There's this myth that older people aren't sexually active," Fowler said. "Health-care providers could help by taking sexual histories, but they don't because they assume they don't have to. They can ask about smoking and alcohol use, but sex? Oh no-the person is old."

Dr. Zablotsky agreed. The important thing is to reach out to older people in a way which if in fact they are engaging in behavior that puts them at risk—they have a reason to say, 'I need to listen to this, I need to make this change, I need to protect myself." 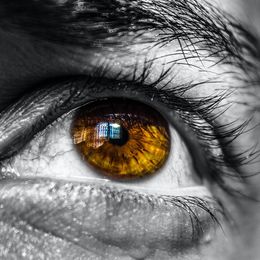 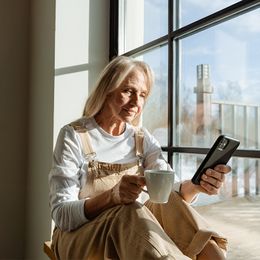