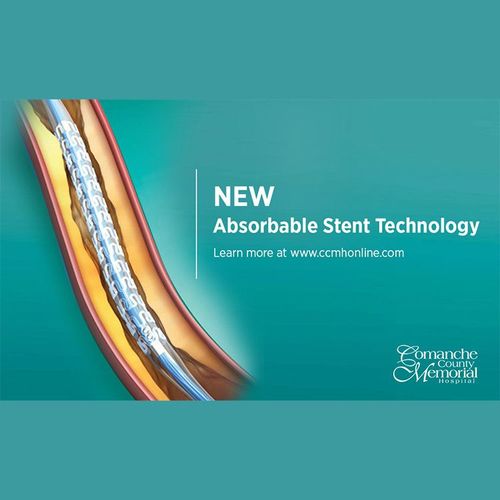 A new type of stent that can be absorbed A by the body may revolutionize the way heart disease is treated, according to Belgian researchers.

Currently, stents are implanted permanently to prevent an artery from closing.

However, this often results in chronic inflammation and damage to blood vessel walls, which triggers the formation of scar tissue that could eventually reblock the artery.

But the absorbable stent does not stay long enough to be an inducer of chronic inflammation," says Dr. Marc Bosiers, head of the department of vascular surgery at A.Z. Saint-Blasius Hospital in Dendermonde, Belgium.

"You only need (an absorbable) stent for 10 to 14 days, but a conventional one must stay in the body for the rest of your life," according to Bosiers.

In the first human study of the new device, Bosiers reports the absorbable stent does a better job than current "permanent" stents at keeping arteries open.

Bosiers' study involved 20 people, all of whom had severely blocked arteries below the knees, a condition called peripheral arterial disease that can lead to amputation.

Six months after the absorbable stents had been implanted, the patients receiving those devices had a lower rate of reblocked arteries than people who got the permanent stents—with 15 of 19 arteries, or nearly 80%, remaining open. One patient died during the study period from unrelated causes.

Typically, only 40% of arteries remain open six months after a conventional stent has been implanted, Bosiers notes.

The new device, which had been tested on animals for eight years, begins to be absorbed by the human body within 10 days of implantation, and is fully absorbed within 60 days.

The stent we use is 90% magnesium, which you find in normal blood and normal tissue," says Bosiers. The other 10% is made up of rare earth elements.

Extensive blood and tissue tests indicate that there is no danger from absorbing these elements, he adds.

The Future Of Stents?

After this initial trial to study the safety and efficacy of the device, the Belgian researchers are starting two large-scale trials designed to get regulatory approval for use of the absorbable stent in European medical practice, Bosiers says.

"This is very likely to be the future of stenting," notes Dr. Deepak L. Bhatt, director of the interventional cardiovascular fellowship program at the Cleveland Clinic Foundation. "If it pans out, it will be a major advance."

What makes these results especially exciting is the type of patients studied—those who have blocked arteries below the knee.

"Right now, we don't have great therapies" for those patients," Bhatt says.

An absorbable stent would have uses all over the body, he adds.

Currently, stents are coated with drugs to prevent clotting.

"Our next step will be to combine an active coating on a bioabsorbable medium," according to Bosiers.

That prospect could truly expand the definition of a stent, Bhatt says. 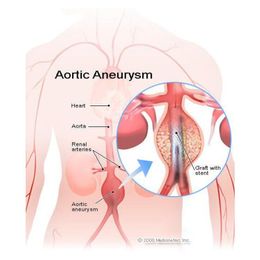 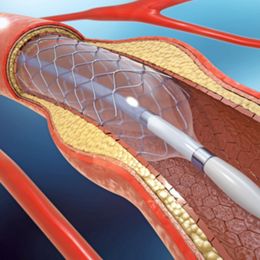