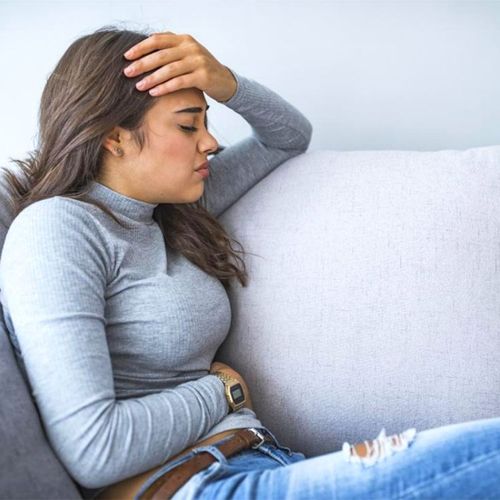 Until recently, hypertension, diabetes and other chronic conditions have been identified as America's biggest health threats.

Now: As the baby boomer population ages, abdominal aortic aneurysm (AAA), a potentially far more serious condition, appears to be on the rise.

An aneurysm is a bulge in a blood vessel wall. Some aneurysms affect blood vessels in the brain. Others occur in the aorta, the main artery of the body. About the diameter of a garden hose, the aorta travels from the heart through the chest and abdomen, then forms separate branches that enter the legs. Aortic aneurysms usually form in the abdominal cavity—the artery walls may be weaker in this area.

Surgeons can repair AAAs before they rupture—if they are identified. An AAA can be discovered during tests, such as X-rays or computed tomography (CT) scans, for other conditions. But what makes an AAA so deadly is that it usually is not identified and typically causes no symptoms prior to ruPturing.

Caution: If you have symptoms of an AAA—abdominal or back pain, along with a pulsating mass in the abdomen—seek immediate medical attention.

Most AAAs grow slowly—about 3 millimeters (mm) to 4 mm (about one-eighth inch) per year. A person can have an AAA for decades before it becomes large enough to rupture—if it ever does. Even when doctors detect an AAA, they're unlikely to recommend surgery if the aneurysm is smaller than 5 centimeters (cm)—about two inches—in diameter.

Warning: AAA patients must be closely monitored with imaging tests for the rest of their lives because the risk of dying from a rupture is so high. An AAA that's 5 cm or larger—or that's growing more than 1 cm a year—has a significant risk of rupturing and needs to be surgically repaired.

AAAs have some of the same risk factors as those for atherosclerosis, the accumulation of fatty deposits (plaque) that weaken artery walls. The same measures that doctors recommend to prevent heart attacks-not smoking, controlling hypertension and cholesterol, for example—also can help prevent AAAs.

Some patients, particularly those with Matfan's syndrome (a genetic condition that's characterized by extreme height), are born with a weakness in the aorta wall. In rare cases, infection or inflammation (vasculitis) in a blood vessel can predispose patients to AAA.

For small or slow-growing AAAs, "watchful waiting" is usually best. Patients are advised to have ultrasound screenings every six months to determine whether the AAA is getting large enough or expanding fast enough to rupture.

Caution: Patients with high-risk AAAs should avoid healry lifting and intense aerobic exercises. These activities can cause surges in blood pressure that can increase the risk for a rupture.

Researchers have investigated the use of medications—for example, beta-blockers, such as propranolol (Inderal), and tetracycline antibiotics-to slow the growth of AAAs. The results have been disappointing. New drugs are being investigated, but surgery is currently the best option.

Surgery to repair an AAA involves opening the abdomen, removing the damaged section of artery and replacing it with a synthetic graft.

Newer approach: A procedure known as endovascular surgery involves the insertion of a catheter into an artery in the leg. The surgeon threads the catheter upward into the damaged section of artery. Once the catheter is in place, it's used to insert and fasten a metal-covered mesh tube (stent) that reinforces the blood vessel.

The initial success rate of both procedures—open surgery and endovascular repair-has been determined to be about 96% to 98%, respectively. However, patients who undergo an endovascular procedure spend less time in the hospital and recover more quickly.

Because an AAA rarely causes symptoms but is so deadly, anyone with risk factors—men who are current or former smokers or are age 65 or older...and men and women who are age 65 or older and have a first-degree relative (parent, sibling or child) with an AAA—should undergo an ultrasound test to detect changes in the artery wall. If you have a family history of AAA in one or more relatives who was diagnosed with an AAA under the age of 65, then you should be screened at a younger age.

An initial ultrasound at age 65 for people with any of the above risk factors is recommended. Cardiovascular risk factors, such as elevated blood pressure and/or cholesterol, also may be considered. Patients with no signs of disease at this age don't require additional tests.

Exception: Patients with a family history of AAAs should be retested every five years. Their risk is at least three times higher than that of someone without a family history.

Medicare and most other health insurers will pay for ultrasound screening in patients age 65 and older who have AAA risk factors. 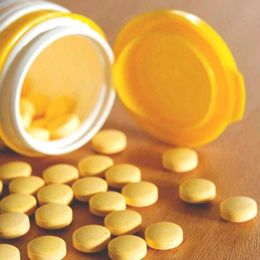 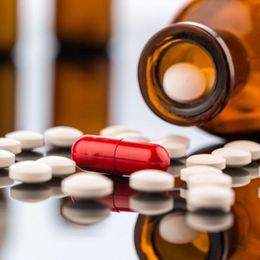