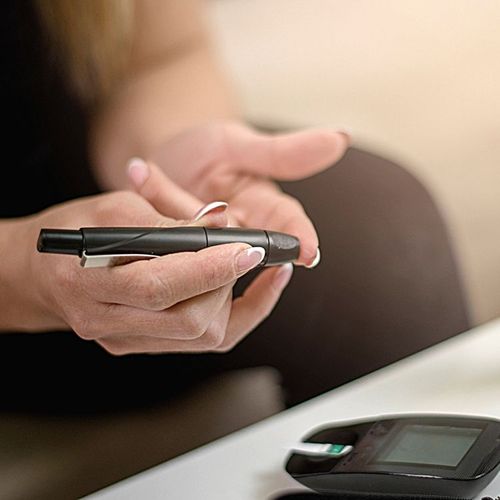 A Promising Treatment for Type 1 Diabetes

For people with type 1 diabetes, each day means carefully monitoring blood sugar, planning every bite of food and a bit of physical activity, and injecting the insulin they need to stay alive.

Many hope for a miracle that will free them from this relentless challenge. Now that miracle may be at hand, thanks to breakthrough research from Israel...

Why it's so hard

Type 1 diabetes (formerly called juvenile diabetes) most often appears during childhood or adolescence-but it can develop at any age, so none of us are free from the threat.

An autoimmune disease, it occurs when the immune system mistakenly attacks the beta cells in the pancreas. Normally, beta cells detect the amount of sugar in the blood and release insulin, the hormone that converts sugar to energy for our cells. When the beta cells are destroyed, the body produces little or no insulin... so sugar builds up in the bloodstream, where it can cause life-threatening complications. To prevent these, type 1 diabetes patients must take insulin injections or use an insulin pump every day-but these carry the risk of triggering an injection-related plummet in blood sugar levels, or "insulin shock," which can be fatal.

What sets off the mistaken immune response is still a mystery, but research suggests that inflammation plays a key role. For instance, studies in mice that are genetically engineered to develop type 1 diabetes have shown that treatment with alpha-1 antitrypsin (AAT), an anti-inflammatory protein normally made by the liver and specialized white blood cells, can actually reverse type 1 diabetes... at least in mice.

Of course, it's a huge leap to take a treatment from mice to humans-but that's what researchers from Israel, in collaboration with the University of Colorado Health Science Center, are trying to do. Eli Lewis, PhD, is director of the Clinical Islet Laboratory and senior lecturer in the department of clinical biochemistry and pharmacology at Ben-Gurion University of the Negev, one of the leaders of this promising research.

Dr. Lewis and colleagues recently published an exciting Phase I study (phase I studies are typically the first studies done on people after preclinical animal studies are completed). For this study, 12 people with type 1 diabetes were given intravenous infusions of AAT once per week for eight weeks. Participants ranged in age from 12 to 39 years old, and all had been diagnosed within the previous four years. Blood samples were taken before treatment began and periodically afterward, ending 18 months after treatment initiation. All participants reportedly tolerated the 30-minute infusions comfortably (typically playing video games or otherwise amusing themselves during the treatment), and no one dropped out-an excellent outcome relating to safety and compliance.

Very encouraging results: Five of the 12 participants had a stunning response-they are no longer dependent on insulin injections!

Participants who were the most recently diagnosed tended to have the best response. This makes sense. Newly diagnosed patients are still experiencing an ongoing immune attack, and they still have some functioning beta cells left, just not enough to control glucose. The active immune system and residual beta cells provide the AAT with an optimal platform to work on.

d was temporary hyperglycemia (high blood sugar)-not surprising because AAT already has a proven track record for safety. This FDA approved drug has been on the market for more than two decades and is used to treat people with a rare genetic disorder that renders them incapable of producing enough of their own AAT. These patients receive injections of the AAT drug once each week for their entire lives, and most experience no side effects (though occasionally some patients have mild side effects, such as headache or light-headedness, associated with a too-rapid infusion). The dosage used in this study was the same as that used for people with this genetic disorder.

The lack of adverse effects is one of AAT's significant advantages. There are dozens of other clinical trials for diabetes treatments in the works, and some are very extreme, including chemotherapy and other immunosuppressive treatments. With AAT, however, the worst that happens is that it doesn't work in some individuals and they simply remain on insulin.

It's too soon to say whether the diabetes patients who respond well to AAT therapy will remain in remission forever. However, in the study, none of the people who responded to AAT have yet experienced a relapse-and their treatment occurred more than two years ago. Also, some other type 1 diabetes patients for whom AAT was prescribed off-label as many as eight years ago are still free of the need for insulin injections, Dr. Lewis said.

Why it works: People with type 1 diabetes are not deficient in AAT, but the extra glucose in their blood ends up coating their own AAT molecules, making them unable to fight inflammation. In contrast, AAT molecules in the therapeutic infusion are "dry and clean," at least when they're first infused. After about a week, they do become coated with glucose and are too damaged to work. .. but before that happens, the AAT molecules stop inflammatory proteins from damaging the beta cells of the pancreas. Also, since the test-protocol treatment consists of weekly infusions, by the time one dose of molecules becomes coated with glucose, the next infusion arrives and provides a fresh supply of dry, clean molecules

The dosage used in the study is very similar to the amount we naturally produce when our AAT production goes into high gear-for instance, when our bodies are in the midst of an inflammatory response due to the flu. Maintaining that level of AAT production for eight straight weeks was required in order to elicit a long-lasting response that sent type 1 diabetes into remission. We removed the inflammatory injury from the equation. This gave the beta cells a chance to survive and recover... and helped the immune system reeducate itself so it no longer sees the beta cells as targets for an immune attack. Unlike many other approaches, AAT treatment requires the presence of the immune system and does not attempt to get rid of it.

What Patients Can Do Now

Though this was a very small study, Dr. Lewis's team and collaborators have additional studies already under way, and so far the responses have been extremely encouraging. It will likely be a few years or so before AAT could receive FDA approval as an official ("on label") treatment for type 1 diabetes.

In the meantime: The researchers are recruiting type 1 diabetes patients for additional trials. If you are interested in participating, check the National Institutes of Health clinical trial database (http://clinicalstudies.info. nib. gov/) (enter "type 1 diabetes" and "AAT" into the search box). Another option is to talk with your endocrinologist about using AAT off label now. There's no guarantee of success... but for patients who do respond to AAT, the treatment may be truly life-altering. We have kids who are now leading totally normal lives, eating normally and feeling comfortable in school without having to see the school nurse four times a day.

Will the treatment ever work for people who were diagnosed years or even decades earlier? We still do not know. Our choice of adhering to recent-onset cases is to optimize the trial, but some success has also been evident in a few advanced patients. The closest AAT-related option for patients who appear too far down the road may be islet transplantation (transplantation of pancreas cells from a donor)-for this, we have evidence that AAT will provide profound protection with an extraordinary safety margin.

AAT is not cheap, costing several thousand dollars (depending on body weight) for the eight-session treatment. Because it is still experimental as a diabetes treatment, it is not covered by insurance. Still, compared to the price of a lifetime supply of insulin-plus the nonmonetary costs of needing to rely on an insulin pump or injections and constantly worrying about eating the wrong thing or injecting too much insulin-many patients may consider the cost of AAT to be a more-than-fair trade. 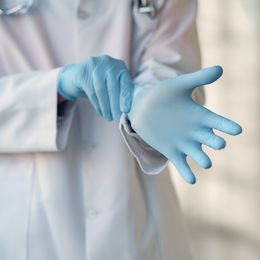 Elderly Susceptible to Lure of Gambling 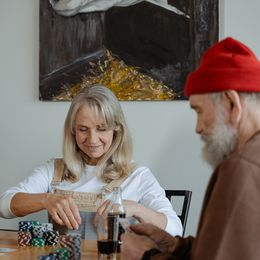