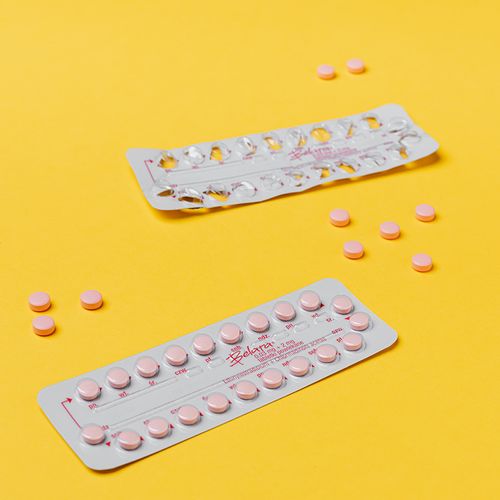 Chronic pain from an injury, arthritis or nerve damage can be so uncomfortable that the sufferer will do almost anything to relieve it-including regularly using over-the-counter (OTC) painkillers that can cause stomach upset, internal bleeding and even death...and/or prescription narcotics that can lead to addiction and cognitive impairment.

But chronic pain sufferers often do not need these drugs...or can take them far less often. Newest thinking on when-and when not-to take drugs for pain.

Drug Or No Drug?

If you have occasional short-term pain, it is OK to take a nonsteroidal anti-inflammatory drug (NSAID), such as aspirin or ibuprofen (Motrin).

But chronic pain, defined as pain that lasts more than six months, is a different story. This type of pain affects about 116 million-plus Americans each year-more than cancer, heart disease and diabetes combined.

Shocking fact: Each year, about two million Americans suffer NSAID-related gastritis, ulcers and other types of gastrointestinal irritationand about 16,000 die from internal bleeding associated with OTC and/or prescription NSAID use.

Among the millions of people who treat chronic pain with prescription narcotics, such as oxycodone combined with acetaminophen (Percocet) and oxycodone OxyContin), about 3% will progress to abuse or addiction and about 12% will suffer cognitive and/or behavioral side effects.

People who are overweight can help curb their pain by losing weight (which reduces the mechanical stress placed on the body). Recent research has also uncovered that fatty tissue actually secretes inflammatory compounds that increase pain and pain-sensitivity. Other non-drug approaches to relieve chronic pain....*

1. Exercise the right amount. A recent study found that the majority of back patients who performed stretching and strengthening exercises for 15 minutes, three days a week-with a day off in between to allow muscles to recover-had a 50% reduction in pain. The patients were allowed to use the painkiller hydrocodone with acetaminophen, but only as needed. In those who used medication but didn't exercise, pain was reduced by only 33%.

Why does exercise help? For one thing, it increases blood flow to injured tissues. This promotes a flow of nutrients that accelerates healing and reduces pain. Exercise also increases the body's production of endorphins, neurotransmitters that have effects that are similar to morphine and other narcotic painkillers.

Important: Exercise must be tailored to each individual to help surengen specific parts of the body and avoid additional injury. Walking and swimming are good choices for most patients because they put little stress on muscles and joints. Consult with your doctor or a physical therapist.

2. Supplement with vitamin D. Low vitamin D levels have been linked to chronic pain—in part because the vitamin curbs inflammation. You can potentially get enough vitamin D from sun exposure, but up to one-third of Americans are deficient. Most people can get adequate vitamin D by spending 10 to 15 minutes in the sun without sunscreen twice a week. Sunscreen should be used at other times.

In people who suffer more pain in the winter, it may have less to do with cold temperatures than with the lack of sunshine and vitamin D production. Because food generally does not provide significant levels of the vitamin, I suggest taking a vitamin D supplement.

*The non-drug approaches described in this article can be used at the same time, but it's helpful to initially use them one at a time for one to two weeks each so you can determine which approach works best for you.

Typical dose: 1,000 IU to 2.500 IU daily. To determine the best dose for you, get an annual blood test to check your vitamin D level.

3. Take ginger or turmeric daily. Both are potent anti-inflammatories that reduce pain as effectively as ibuprofen and other NSAIDs. They do this by blocking the enzyme COX-2, which causes inflammation. Unlike NSAIDs, ginger and turmeric do not block the COX-1 enzyme-a lack of COX-1 is what leads to gastric bleeding.

Caution: Ginger and turmeric have mild blood-thinning effects. If you take warfarin (Coumadin) or another blood-thinning medication, or medications to lower blood sugar or blood pressure, check with your doctor before using ginger or turmeric supplements.

4. Use fish oil. It's well-established that omega-3 fatty acids in fish can help reduce cardiovascular disease, arthritis and other conditions. That's because omega-3s are among the most potent anti-inflammatory agents found in nature.

Scientific evidence: A study at the University of Pittsburgh School of Medicine found that 59% of patients with neck or back pain who were given omega-3s experienced enough pain reduction that they were able to stop using NSAIDs.

Caution: Fish oil can have a mild blood-thinning effect, so consult your doctor before taking it.

5. Take care of your mental health. Patients with chronic pain tend to experience higher-than-normal levels of stress, fatigue and depression-all of which, in turn, increase pain in most patients.

If you're depressed—symptoms include changes in sleep habits, difficulty concentrating, unexplained changes in appetite and/or a loss of interest in things that you used to enjoy-see a therapist. About 20% to 25% of patients with both chronic pain and depression will experience a significant reduction in pain just from treating the depression.

My advice: To promote restful sleep, spend a few minutes doing deep-breathing exercises just before you go to bed. Breathing slowly and deeply stimulates the lower lobes of the lungs and activates the part of the nervous system that reduces stress as well as pain.

Acute pain should be promptly treated with lifestyle measures as well as prescription or OTC painkillers. Pain that is reduced or eliminated within six to eight weeks is less likely to become a lifelong problem than pain that isn't treated quickly.

Important: If you're suffering from acute or chronic pain but don't know the cause, see your doctor

You May Not Need a Knee Replacement