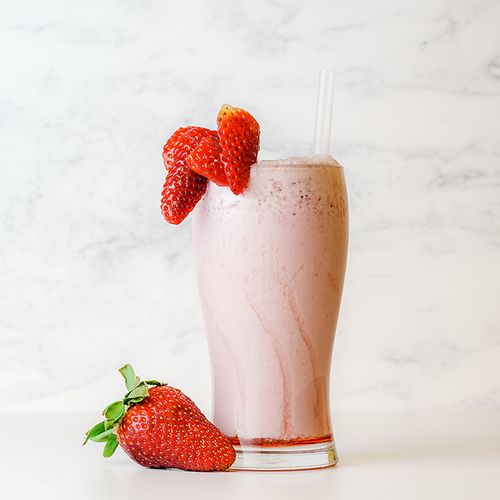 Some of the easiest-to-prepare brain foods–meaning foods that can preserve and even improve your memory and other cognitive functions-are actually delicious drinks.

You probably already know about green tea, which is high in epigallocatechin-3-gallate (EGCG), a potent compound that appears to protect neurons from age-related damage. But the following five drinks are scientifically proven to help your brain, too…

Beets are a nutritional powerhouse and so is the juice. It increases levels of nitric oxide, a blood gas that improves blood flow. How does that help your brain? Your brain needs good blood flow to function optimally.

Wider-than-average blood vessels in the eyes (which are similar to vessels in the brain and could serve as a marker for cognitive health) are often seen in patients with low IQs and cognitive deficits.

A recent study looked at brain scans of participants before and after they drank beet juice. The post-beverage scans showed an increase in circulation to the brain's white matter in the frontal lobes-a part of the brain that's often damaged in people with dementia.

You can buy ready-made beet juice at health-food stores, although it's much less expensive to make your own with fresh beets (include the root and greens, which are nutritious as well).

Beet juice has a naturally sweet taste, but you may want to add a little apple juice or another fruit juice—both for flavor and to make the mixture more pourable.

Acai, a South American fruit that reduces inflammation, is ranked near the top of brain-healthy foods because it dilates blood vessels and increases blood flow.

Its juice has a pleasant taste—something like a cross between raspberry and cocoa–but it's very expensive (typically $30 or more for a quart).

What I recommend: Blend a variety of everyday frozen berries that have been shown to boost brain health-raspberries, blueberries and strawberries, for example-along with a little acai juice (and a bit of any other fruit juice, if you wish) to make an easy, delicious smoothie.

Why use frozen berries? They retain the nutritional benefit of fresh berries—and they're easy to buy and last a long time in the freezer..they give your smoothie a nice texture, which you can vary by adding more or less juice...and they're less expensive than fresh berries if you buy large bags.

The old adage is that carrots are good for the eyes indeed they are)-but we now know that carrot juice is absolutely great for the brain. Like other deeply colored vegetables (sweet potatoes, kale, red peppers, etc.), carrots are high in beta-carotene, an antioxidant that reduces inflammation-believed to be a factor in brain deterioration.

If you have tried carrot juice but didn't like the taste it's surprisingly sweet), that's no problem. It is a very good "base" for multivegetable juices. (Some choices that are good for covering up the carrot flavor include kale, spinach and other dark greens.)

Here, a juicer and two blenders that I recommend for quality and affordability…

A Harvard/Brigham and Women's Hospital study found that adults who drank two daily cups of cocoa did better on memory tests than those who didn't drink it.

The flavanols (a class of antioxidants) in cocoa relax the endothelial linings of blood vessels and help reduce blood pressure. High blood pressure is a leading risk factor for dementia. The antioxidants in cocoa also reduce the cell-damaging effects of free radicals--this may improve long-term brain health.

Important: Do not go overboard with sugar, though -sugar is not good for your brain and the jury is still out on artificial sweeteners).

Here's my advice: Buy a brand of unsweetened cocoa powder that is processed to remain high in flavanols. You don't have to buy an expensive specialty brand to get the brain-protecting effects. Most major brands of cocoa powder have respectable levels of cocoa flavanols. I advise against using milk chocolate or chocolate syrup—they typically have the least amount of flavanols and the most sugar.

At first, make your hot cocoa with your usual amount of sugar...then slowly cut back. You'll grow to appreciate the deep and pleasantly bitter true taste of the cocoa itself as less and less sugar stops masking it. As for using milk or water for your cocoa, that's your choice.

Everyone knows that red wine promotes cardiovascular health (easy does it. What you might not know is that red wine has been linked to a lower risk for dementia.

One reason is that people who drink moderate amounts of red wine–up to two glasses a day for men or one glass for women have an increase in HDL "good" cholesterol. Research from Columbia University has found that people with the highest levels of HDL were less likely to develop dementia than those with the lowest levels.

Want to supercharge the brain-boosting power of your red wine? Make delicious Sangria! You'll get the wine's benefits and extra antioxidants and other nutrients from the fruit.

Sangria is typically made by steeping pieces of fresh fruit-lemon, orange, apple and just about any other fruit you like—in a rich red wine such as Merlot or Cabernet Sauvignon (or a Spanish red if you want to be autentico) and

adding sugar and another liquor, such as brandy or rum.

My advice: Skip the sugar and extra liquor, but go ahead and add some orange juice to dilute the wine a bit and add some sweetness. 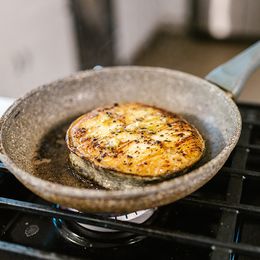 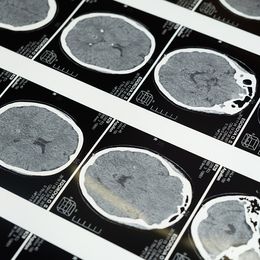