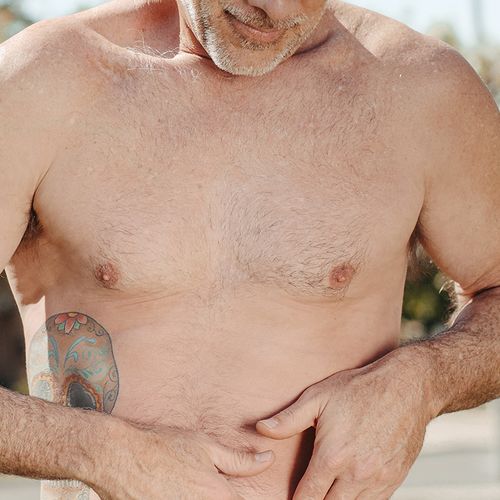 You Can Relieve Prostate Pain

When it comes to men's health, we hear a lot about enlarged prostate and prostate cancer. But there is another prostate ailment that gets much less attention yet affects many men. Prostatitis, a very painful condition, is inflammation of the prostate gland. It can be difficult to diagnose because its symptoms (persistent pain in the pelvis or rectum...discomfort in the abdomen, lower back, penis or testicles...difficult, painful or frequent urination or painful ejaculation) are similar to those of other conditions such as an enlarged prostate or a urinary tract infection.

It is estimated that almost half of all men will be affected by prostatitis at some point in their lives. If the condition lasts for three months or longer, it's considered to be chronic prostatitis.

For a long time, it was thought that prostatitis could be caused only by bacterial infection. That view was dispelled when several studies found that the bacteria in the prostates of both healthy men and men with prostatitis were essentially identical. It's now understood that most prostatitis cases are not caused by bacteria. Still, most mainstream physicians routinely prescribe antibiotics for it—a treatment that is appropriate only if your case is one of a very small number actually caused by bacteria.

Although prostate inflammation is not well understood, the inflammation could be the result of inadequate fluid drainage into the prostatic ducts...an abnormal immune response...or a fungal infection.

If you experience any of the symptoms of prostatitis mentioned above, see your doctor. Your visit should include a rectal exam to check for swelling or tenderness in the prostate...and a laboratory test of prostatic fluid to check for bacterial infection. I also recommend that you have your doctor order a urine culture to test for fungal infection (most medical doctors don't test for this).

In a small number of cases, the lab test does reveal a bacterial infection, and an antibiotic is appropriately prescribed. But if there is no bacterial infection, then I recommend that men with this condition follow an anti-inflammatory, antifungal treatment plan for two months. If symptoms subside but don't disappear, continue for another two months. Even if you don't have a test for fungal infection, I often advise following the antifungal portion of the program (along with the inflammation portion) to see if it helps to relieve symptoms.

Eat: A variety of plant products to maximize your intake of antioxidants, which are natural anti-inflammatories...coldwater fish such as salmon, trout and sardines, which are high in omega-3 fatty acids...and pumpkin seeds, which are high in zinc, a mineral that helps reduce prostate swelling.

Don't eat: Foods that are high in saturated fat, such as red meat and dairy, which can make inflammation worse. Avoid alcohol, caffeine, refined sugar and trans fats, all of which tend to contribute to inflammation.

The following supplements have targeted benefits for prostate inflammation. They are safe to take together, and there are no side effects. Many men feel much better within two weeks of taking these supplements.

Many patients benefit from taking one or more antifungal remedies. Several herbs-such as oregano, pau d'arco, garlic and grapefruit seed extract-have potent antifungal properties. They are available in capsule and liquid form. For doses, follow label instructions. Most patients feel better within two to four weeks of taking antifungal supplements.

In a recent study, eighty-eight men (average I age 62) undergoing a prostate biopsy were assigned to three groups-one with noise-canceling headphones...one with headphones that played Bach concertos.. and one without headphones. Compared with the other two groups, the men who listened to music reported less pain and had lower diastolic (bottom number) blood pressure, which often rises due to anxiety.

Theory: Music stimulates the frontal cortex of the brain, which modulates perceived pain and anxiety.

If you need a prostate biopsy: Listen to classical music on an iPod or other device during the procedure. Music may also help with other minor procedures.

How to Firm Up Man Breasts

Larger-than-normal breasts can be an embarrassment for older men. All men possess breast tissue and some, due to increasing body fat and/or hormones, experience tissue growth in this area. After seeing your doctor to rule out less common causes, such as kidney failure, overactive thyroid or other underlying medical conditions, tackle the excessive fat-the most likely culprit.

Recommended: Most days of the week, perform 30 minutes of calorie-burning interval training, which boosts metabolism for hours.

To interval train: While jogging, spinning or using an elliptical machine, alternate one minute of heavier exertion with two minutes of moderate exertion. Do this for the entire workout. Add push-ups and bench presses (10 repetitions of each, three times a week) to develop chest muscles and fill out your chest area with nonfat tissue. Results may start to appear in four weeks. Meanwhile, try wearing a swim shirt and get back in the pool.

Consuming fiber helps to control weight. But now researchers at Wake Forest University School of Medicine in North Carolina have found that fiber can reduce weight accumulation in a specific area of the body-the belly. For every 10-gram increase in daily intake of soluble fiber, the rate of belly fat decreased by 3.7% in adult women. It's not known how soluble fiber, which can be found in apples, oatmeal and legumes, helps to prevent abdominal fat deposits.

Fat deposits in men are different from those in women, but there is no harm in men boosting their fiber consumption.

Women tend to gain weight after marriage, while men gain more after a divorce.

Result: Two of the strongest risk factors for the vision loss were being male and obesity.

Theory: Men's susceptibility may be due to hormonal or anatomical differences. Obese patients typically have higher venous pressure when lying on their stomachs during a long surgery, which may cause abnormal blood flow in the head, damaging the optic nerve.

Hair Loss Treatment Can Have Sexual Side Effects

Finasteride, the treatment for male hair loss sold as Proscar or Propretic cause reduced sexual desire, erectile dysfunction, decreased arousal and problems with orgasm. The effects usually reverse when teride is no longer taken-but in some cases, they can persist for three months or more.

Skin-prick tests reveal that men who have post-orgasmic illness syndrome may be allergic to their own semen. For such men, runny nose, fever and other flu-like symptoms may occur within 30 minutes of ejaculating and last up to a week. 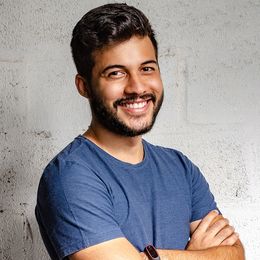