Sexual satisfaction increases with age among sexually active older women, according to a new study, while those who don't have sex are satisfied with their sex lives.

The study included 806 older women who live in a planned community in the San Diego area and whose health has been tracked for 40 years. The study participants' average age was 67 years and 63% of them were postmenopausal.

The University of California, San Diego School of Medicine and Veterans Affairs San Diego Healthcare System researchers evaluated the women's sexual activity and satisfaction and found that half of the women with a romantic partner had been sexually active in the previous four weeks.

The investigators also found that the likelihood of sexual activity decreased with age, that 67% of sexually active women always or usually achieved orgasm, and that the youngest and oldest women reported the highest frequency of orgasm satisfaction.

Forty percent of the women in the study said they never or almost never felt sexual desire, and one-third of sexually active women reported low sexual desire, according to the study in The American Journal of Medicine.

"Despite a correlation between sexual desire and other sexual function domains, only one in five sexually active women reported high sexual desire," said lead investigator Elizabeth Barrett-Connor, MD, chief of the division of epidemiology at the UCSD School of Medicine.

"Approximately half of the women aged 80 years or more reported arousal, lubrication and orgasm most of the time, but rarely reported sexual desire. In contrast with the traditional linear model in which desire precedes sex, these results suggest that women engage in sexual activity for multiple reasons, which may include affirmation or sustenance of a relationship," Dr. Barrett-Connor said.

Sixty-one percent of the women in the study were satisfied with their overall sex life, regardless of whether they had a partner or were sexually active.

Older age is considered a predictor of low sexual satisfaction, but the percentage of sexually satisfied women in the study actually increased with age. About half the women older than 80 reported sexual satisfaction almost always or always.

"In this study, sexual activity was not always necessary for sexual satisfaction. Those who were not sexually active may have achieved sexual satisfaction through touching, caressing, or other intimacies developed over the course of a long relationship," said study author Susan Trompeter, MD, associate clinical professor in the division of general internal medicine at UCSD School of Medicine, and a staff physician at the VA San Diego Healthcare System.

"Emotional and physical closeness to the partner may be more important than experiencing orgasm. A more positive approach to female sexual health focusing on sexual satisfaction may be more beneficial to women than a focus limited to female sexual activity or dysfunction," Dr. Trompeter concluded. 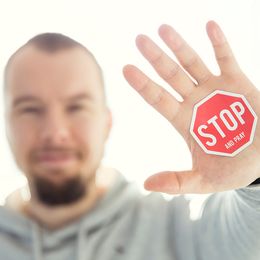 Sex After Years Of Abstinence 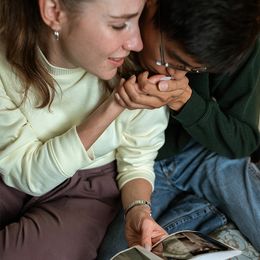