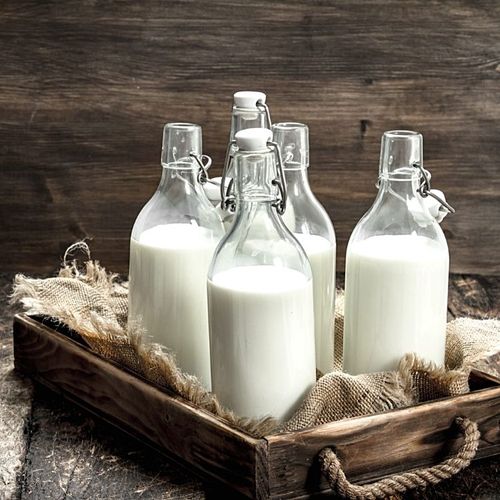 Why Whole Milk May Be Better Than Skim

Many health-conscious (and weight conscious) consumers wouldn't touch whole milk or full-fat yogurt or cheese with a 10-foot pole. When it comes to dairy, they go low-fat or nonfat all the way... or may be use a little whole milk in recipes when they are feeling decadent.

But: It's time to rethink this aversion to dairy fat-because it now seems quite likely that whole milk has gotten a bum rap for decades.

It started back in the 1950s, when saturated fat was linked to increased blood cholesterol levels. Because dairy fat is about 65% saturated, it was deemed harmful... and today the USDA still urges Americans to choose low fat or no-fat dairy foods. However, there has never been strong evidence for the hypothesis that saturated fats cause disease, and now that myth seems to be dying for good. For instance, you could hardly have missed the headline-making news of a large study in Annals of Internal Medicine that found no link between increased cardiovascular disease risk and higher consumption of saturated fats.

Putting Dairy Fat Through Its Paces

For decades now, people have judged the health effects of dairy fat mostly on its high saturated fat and cholesterol content, assuming that dairy fat is simply an unnecessary source of calories and fats that elevate LDL 'bad' cholesterol. However, they've been neglecting all the other fatty acids in there, some of which may be quite beneficial. We were overdue to look at the data and see whether dairy fat consumption is indeed associated with health risks, as has been assumed all these years-or whether it is not.

To that end, my colleagues and I carefully evaluated numerous studies on dairy fat and its effects on three important factors-obesity, metabolic health and cardiovascular disease. Here's what we found regarding...

Conclusion: The studies do not support the commonly held impression that dairy fat leads to weight gain. Rather, the evidence suggests that high-fat dairy foods, within the context of a normal healthy diet, may guard against weight gain.

Dairy Fat and Metabolic Health. There were 11 observational studies that evaluated the association between dairy fat and the development of risk factors for diabetes, such as elevated blood sugar and insulin levels. Of these 11 studies, six showed that higher dairy fat consumption was associated with markers of better metabolic health... one was partially suggestive of such a beneficial relationship... and three found no association either way. Only a single study showed an association between higher dairy fat consumption and a marker of poorer metabolic health-and it was just one marker, the glycated hemoglobin value (an indicator of blood glucose concentration over time). As for the development of type 2 diabetes itself, of the eight studies that looked at this issue, three reported that high-fat dairy intake was associated with lower risk for diabetes... four found no association between full fat dairy products and diabetes... and one had inconsistent evidence.

Dairy Fat and Cardiovascular Disease. In the 15 studies that looked at a possible relationship between dairy fat and heart health, results were mixed, with some linking dairy fat to improved cardiovascular health... some showing no association... one finding different effects for men and women .. . and just one suggesting that dairy fat was bad for the heart.

What this means: Overall, the majority of the evidence indicates that dairy fat may be good rather than bad for cardiovascular health.

Alternative explanation? Could it be that lots of study participants who were already overweight or at risk for diabetes or heart disease might have chosen to avoid dairy fat in an effort to control their weight or reduce their risk... so that would be why lower consumption of dairy fat was associated with being heavier or having worse metabolic or cardiovascular health?

That is what's called reverse causation, and it could account for some of the favorable associations seen between full-fat dairy products and health outcomes. For most of the studies, however, this is unlikely to explain the results. For example, for the association between full-fat dairy products and obesity related outcomes, the associations held even when investigators adjusted for baseline body weight. For studies focused on cardiovascular disease or diabetes, these were prospective studies, with no evidence of disease at baseline. And the main point still stands-that there is little in the literature to support the notion that full-fat dairy products promote obesity, diabetes or cardiovascular disease.

What Muddies The Water

Why isn't the evidence for or against full fat dairy foods more clear-cut? For one thing, geographic discrepancies muddy the water (or the milk, as the case may be). Dairy-fat studies conducted in the US often came to different or even opposite conclusions compared with studies conducted in Europe-in general, dairy fat came out looking safer in the European studies than in the US studies. There are several possible reasons for that...

The US has done a thorough job of publicizing the perceived risks of saturated fats-so most Americans consider animal fats, including dairy fat, to be unhealthy. It makes sense, then, that people who habitually consume full-fat dairy foods despite their bad reputation might also have other habits that are considered unhealthful. Two studies confirmed that assumption, finding lower fiber intake, less exercise and more smoking among the people who consumed the greatest amounts of high-fat dairy. Thus, the higher risk for cardiovascular disease or diabetes in people in US studies who consumed the most full-fat dairy could really be due, at least in part, to other unhealthy lifestyle factors.

The quality of the dairy fat itself may differ. In the US, dairy farming is highly industrialized. Our cows have little access to pasture, are fed corn- and soy-based concentrates, and receive a growth hormone that's banned in the European Union. However, European dairy production is far less industrialized, and in many regions the cows eat mainly grass. Grass-fed animals produce milk with higher amounts of many unique fatty acids that may have beneficial effects on health. It's important to note that, while we know that milk-fat composition is affected in a major way by what the dairy cows eat, we know very little about whether these differences between milk from grain-fed and pasture-fed cows affect the health of people who drink it.

Another reason why it's tough to make firm pronouncements for or against full-fat dairy has to do with research limitations. All of the studies included in our review were observational, not interventional-and there's a huge difference between the two. Observational studies simply watch what has happened with different groups of people over time, so they cannot show a cause-and-effect relationship. The best they can do is lead to hypotheses that must then be tested in interventional studies. However, interventional studies in nutrition are notoriously hard to carry out. It would be nearly impossible to control the diets of large groups of people for a long enough time to definitively determine whether one group develops more heart disease or diabetes, for example, than the other group.

Bottom Line: What To Buy?

Here's what we do know-and it's different from what you've been taught: There is very little evidence to support the belief that low-fat or nonfat dairy foods are better for us than high-fat dairy foods. In fact, most of the evidence indicates that high-fat dairy foods are better. This is not to say that it's OK to eat premium ice cream by the gallon or to have prepackaged double-cheese pizza every night (there's too much other bad stuff in those products) .. . but it's fine to use whole milk in your cereal, soups, casseroles and coffee and to opt for cheese and yogurt made with whole milk. (If you're having trouble finding full-fat yogurt in your US supermarket these days, check for brands such as Stonyfield or Horizon.)

Do keep in mind that, like all fats, dairy fat is calorie-dense, so moderation is still important. But, if someone drinks a lot of milk, then I don't know of any reason to discourage him from having four or even five servings per day of whole milk. The one point I am adamant about is that it's OK as long as we consume the dairy fat in whole foods, as part of a normal, mixed dietary pattern. Adding sticks of butter to everything because now "dairy fat is healthy" is almost certainly not a great idea.

What about choosing organic? That's wise. According to a study from Washington State University that analyzed 384 samples of whole milk, organic milk had 62% more healthful omega-3 fatty acids than conventional milk. Yes, organic is more expensive... but hey, you're worth it. 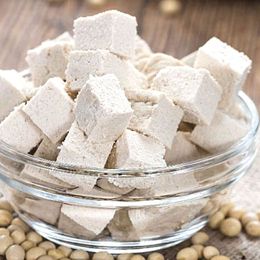 How to Love Tofu...and Why You Should 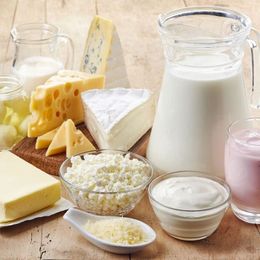