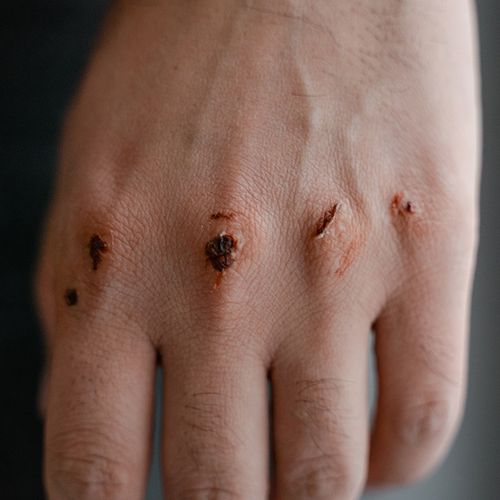 When Wounds Won't Go Away...

If you get a scrape or other superficial wound, it usually heals in a week or two. But some

wounds don't go away so quickly-especially if you're an older adult, are confined to a bed or wheelchair, or have diabetes or some other condition that interferes with your blood circulation.

Latest development: New, highly effective therapies and the proliferation of wound-care centers staffed by doctors and other health-care professionals (often located at large medical centers or university hospitals) are helping to prevent amputations, life-threatening infections and other serious complications.*

If a wound doesn't heal within six weeks, it is considered chronic and requires special care. Poor blood flow, which cuts off the supply of oxygen and nutrients that are needed for healing, is a common cause of chronic wounds.

Basic care for all chronic wounds usually involves cleansing (to remove foreign matter and bacteria-laden debris)...debridement to remove dead and damaged tissue).. and dressing often treated with a medicinal preparation, such as an antimicrobial solution, to prevent the growth of bacteria).

Why are people with diabetes at such high risk for foot ulcers?

The disease not only impairs healthy blood flow, but also inhibits the body's ability to fight infection. In addition, neuropathy (a type of nerve damage that often occurs in people with diabetes) can cause nerve pain and decrease sensation, so pressure and injury may go unnoticed.

Diabetic ulcers typically occur at points of prolonged or repeated pressure on the skin and underlying tissue-for example, the big toe or front part of the foot.

Self-defense: People with diabetic foot ulcers should wear properly fitting shoes. They also may need a podiatrist to check for abnormalities in their gaits, perhaps with the aid of a computerized scan of pressure points on their feet. Special shoe inserts (orthotics) can help adjust the position of the foot to relieve pressure points.

"To find a wound-care specialist in your area, consult the American Academy of Wound Management (202-4578408, www.aawm.org).

Self-defense: The main treatment for a venous ulcer is compression (wrapping the leg, under a doctor's supervision, with an elastic bandage or special stocking to reduce swelling and improve blood flow). Venous ulcerations that don't respond to standard therapy may require surgery to close off the failing veins, which improves blood flow back to the heart and reduces venous pressure in the leg.

Self-defense: The most effective treatments for arterial ulcers are much like those used for coronary artery disease-the doctor may thread a catheter into the affected artery and inflate a balloon to open it up, possibly inserting a stent (tiny wire mesh tube) to keep it open.

A severe blockage may require bypass surgery as with a coronary bypass, a blood vessel (taken from elsewhere in the body) is implanted to "bypass the blockage.

A chronic wound is a magnet for bacteria—the dead tissue and moisture provide a hospitable environment for germs to thrive.

Recent development: A treatment available at many wound-care centers uses low-frequency ultrasound to break up biofilm la microscopically thin layer of film containing bacteria) on the wound. This stimulates the production of cells that fill in the wound with new tissue and help keep the area clean.

Caution: Notify your physician promptly if your wound shows signs of infection, such as pain, odor, redness, pus or streaks along the affected limb, or if you have a fever (above 99°F). Infections require antibiotic treatment.

For patients with diabetes, open sores on the I feet heal slowly, due to impaired sensation and circulation. In a recent study, 225 patients with type 2 diabetes did a daily foot inspection for 18 months and received education and therapeutic footwear. Half the patients also used an infrared skin thermometer (a probe that is placed on the skin) to measure foot temperature twice daily. Whenever a difference of more than 4'F was detected between the right and left foot, patients curtailed physical activity until temperatures normalized.

My view: Measuring skin temperature is a noninvasive way for diabetes patients to identify inflammation-a warning sign of an impending ulcer-so they can allow time to heal. The thermometer the study used, Diabetica Solutions' Temp Touch Thermometer, is available without a prescription (800-246-3395, www. temptouch.com) for $99 and is covered by some insurance plans.

Several years ago, early reports of success suggested that injection of steroids into the eye was a promising new treatment for diabetic macular edema (retinal swelling).

Surprising study: After two years of treatment, vision had worsened substantially in 28% of patients treated with steroids...but in only 19% of patients given the traditional laser therapy. Steroid users also had more side effects, including cataracts and increased eye pressure.

An experimental test uses specialized photographs of the eye to detect tissue damage caused by diabetes. The test is noninvasive and faster than blood-glucose testing and could allow an earlier diagnosis.

Does Diabetes Cause Hearing Loss?

When researchers recently analyzed hearing test results and related questionnaires for about 5,000 Americans, they found that hearing loss was about twice as common in people who had diabetes than in those without diabetes.

Theory: Diabetes may cause hearing loss by damaging nerves and blood vessels in the inner ear.

If you have been diagnosed with diabetes: Ask your doctor to refer you to a hearing specialist (audiologist), so you can receive a hearing test.

Get a Fatty Liver in Shape With Exercise

Excess fat in the liver can lead to cirrhosis and liver failure, especially in diabetes patients, necessitating dialysis or a transplant. Liver fat was reduced by an average of 34% among type 2 diabetes patients who did 45 minutes of moderate aerobic exercise (walking, cycling) plus 20 minutes of weight lifting three times weekly for six months. Waistlines shrank an average of two inches.

In a recent analysis of data for 45,000 women, those with diabetes were 1.5 times more likely to develop colorectal cancer during an eight-and-a-half-year period than women without diabetes.

Theory: Elevated levels of insulin (a hormone that helps regulate blood sugar) may stimulate cancer-cell growth. These findings are believed to apply to men as well.

If you have diabetes: Control your blood sugar levels, and ask your doctor how often you should have a colonoscopy.

You Can Reverse Diabetes with Food! 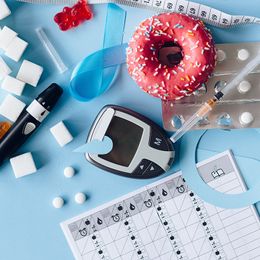