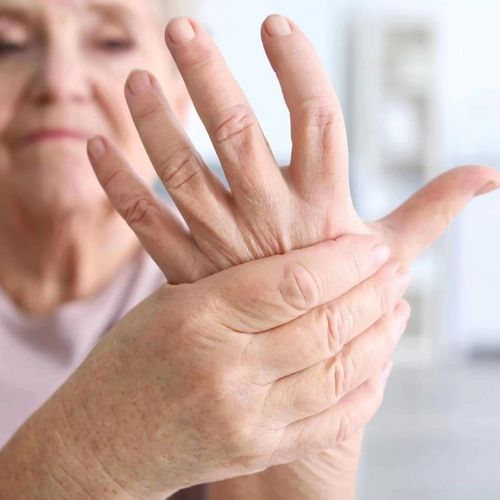 New developments in medications and improvements in surgery have brightened the outlook for people who have arthritis. While most forms of arthritis remain incurable, many can be made bearable or better.

Examples: Fibromyalgia (muscle pain)... osteoporosis (brittle bones)...side effects of cholesterol-lowering drugs with names ending in "statin"...polymyalgia rheumatica, involving pain and stiffness in the hips or shoulders common after age 50 (especially in women) and highly treatable using prednisone (Deltasone) but a cause of blindness if untreated.

Surprises: A swollen knee, hip or pain in the spine may signal tuberculous arthritis from tuberculosis contracted years before. Mild, fleeting arthritis can result from rheumatic fever following strep throat.

Ideally, arthritis is identified in its early stages and treated aggressively before irreversible damage can occur. Lab tests narrow the possibilities, but for most forms of arthritis, no single test can confirm the diagnosis.

Best bet: See a rheumatologist-a physician specializing in diseases of the joints, muscles and bones. Later, an internist or a general practitioner given the diagnosis and treatment plan can oversee your care.

To find a rheumatologist, ask your doctor, local hospital, county medical association or a friend for recommendations...or search the American College of Rheumatology Web site, www.rheumatology.org. Look for board certification in both internal medicine and rheumatology.

Equipped with a diagnosis, learn about your form of arthritis. The majority (95%) of Americans who have arthritis have one of five types...

Osteoarthritis. By far the most common form of arthritis in the US, osteoarthritis strikes more than half of people over age 65 and 80% of those over age 75.

What it is: Cartilage, which cushions the ends of the joint bones, disintegrates. The bones then rub together and can eventually wear out.

Most often affected: Neck, lower back... hips, knees...fingers, toes. Involvement in the ankle and elsewhere is usually triggered by an injury or surgery.

Osteo patients tend to take a lot of acetaminophen (Tylenol) and nonsteroidal anti-inflammatory drugs (NSAIDs), including ibuprofen (Advil, Nuprin) and naproxen (Naprosyn, Aleve). In large amounts, these effective and seemingly innocuous over-the-counter drugs can be toxic, even deadly. Ask your doctor how much is safe for you.

Easier on the stomach: Cox-2 inhibitors, which are selective NSAIDs that block prostaglandins-hormones that cause inflammation of the joints. Cox-2 inhibitors-rofecoxib(Vioxx, withdrawn from the market in 2004), celecoxib (Celebrex) and valdecoxib (Bextra, withdrawn from the market in 2005)-were welcomed with open arms in the late 1990s until a few patients had heart attacks or strokes.

You may still take a Cox-2 inhibitor if your doctor advises and monitors you. Or you may be advised to return to ibuprofen or naproxen.

Glucosamine and chondroitin, sold without a prescription, are among the building blocks of cartilage. Some osteoarthritis sufferers say that these supplements help. With your doctor's approval, you can try them if you want.

When meds no longer quell osteoarthritis pain, a trade-in may be the answer. Hip and knee replacement surgery, performed for more than 30 years, has advanced dramatically. Shoulder replacement has long been a possibility, as has elbow replacement-although the latter is not usually as successful.

On the horizon: Wrist and ankle replacement. Meanwhile, many people who have osteoarthritis of the ankle are getting good results using ankle fusion, in which some ankle joints are fused together. The ankle contains so many joints that range of motion remains good.

The most exciting developments in the fight against rheumatoid arthritis and some other forms of arthritis are new drugs that fight inflammation. The remarkable tumor necrosis factor (TNF) inhibitors block a type of protein called a cytokine that triggers inflammation when present in large amounts.

Remicade is given intravenously in a healthcare facility every six to eight weeks. Humira is self-injected every two weeks.

Another effective TNF inhibitor is etanercept (Enbrel), approved for use in rheumatoid arthritis in 1998 and in psoriatic arthritis in 2002. Etanercept requires an injection under the skin that can be given at home.

Gout. Remember Jiggs, from the comic strip "Bringing Up Father" whose hassock-supported, bandaged foot radiated lightning bolts of pain? He had gout, a form of arthritis in which uric acid accumulates in the blood and crystallizes in a joint-often, but not always, the ball of the big toe-causing excruciating pain.

The best drug for lowering uric acid is allopurinol (Zyloprim). Anti-inflammatories such as indomethacin (Indocin) and, in chronic cases, drugs such as probenecid (Benemid, Probalan) that reduce the level of uric acid in the blood do wonders for gout.

Among the most common: Ankylosing spondylitis, which causes back pain and stiffness, worst in the early morning...psoriatic arthritis, which approximately 20% of the people who have psoriasis develop and which responds well to TNF alpha inhibitors and to the cancer drug rituximab (Rituxan), a monoclonal antibody.

Systemic lupus erythematosus (SLE). Arthritis is the primary symptom of lupus, a dysfunction of the autoimmune system.

Formerly, because it's painful to move, people who had arthritis sat still and got steadily worse. We now know that inactivity is a mistake. For most people who have arthritis, careful exercise is recommended to keep limbs limber.

Physical and occupational therapy have an important place in treating arthritis. Applying heat and practicing strengthening and range-of motion exercises may help.

Because of the many faces of arthritis, therapy must be designed and supervised individually -and reviewed regularly-by trained professionals. What eases one person's pain may exacerbate another's.

Ask your doctor to recommend a physical therapist who can show you how to protect yourself from injury...a physiatrist, a physician specializing in physical treatments for muscular, skeletal and neurological problems...or an occupational therapist, who can explain how to protect your joints from stress during your usual activities. Swimming pools are superb exercise settings for many people with arthritis. 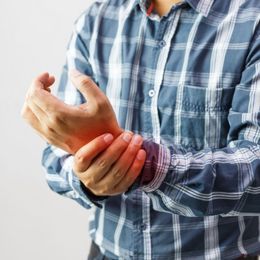 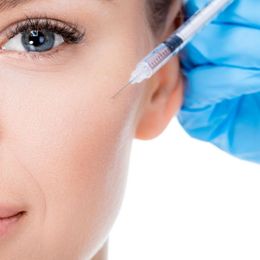