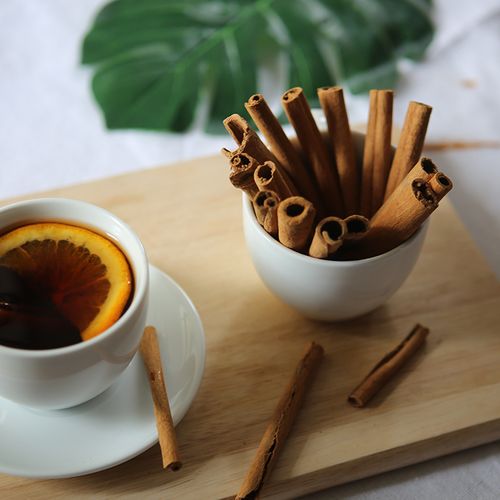 What You Must Know About Cinnamon and Diabetes

Diabetes is when your blood sugar is alarmingly high. If you can’t control it, it leads to heart and kidney disease, as well as nerve damage.

You treat it with insulin injections, and lots of medications, but doctors also highly recommend foods that will lower blood sugar.

An example of this is cinnamon, a spice commonly used to sweeten desserts.

It has a lot of benefits including its ability to lower blood sugar and manage diabetes.

This article will elaborate on what cinnamon does for your diabetes.

Cinnamon is a fragrant spice from the bark of Cinnamomum trees.

It’s mostly associated with cinnamon rolls and also breakfast cereals, but it’s been used in traditional medicine and to preserve food.

To get cinnamon, you must remove the inner bark of Cinnamomum trees.

The bark will go through a drying process that will curl it up yielding cinnamon sticks, which can then be made into powdered cinnamon.

There are many variants of cinnamon like Ceylon and Cassia. Ceylon is dubbed the true cinnamon, and they say it’s the most expensive type. Cassia is the less expensive one and is found in most food products.

There are important differences between the two.

Cinnamon Has Antioxidants That Give Health Benefits

When you look at cinnamon’s nutrition’s facts, you’ll realize it’s a superfood.

It doesn’t have that many vitamins or minerals, but it has a lot of antioxidants and advantages for your health.

There’s a study by a group of scientists who looked at 26 different herbs and spices and came to the conclusion that cinnamon held the second highest amount of antioxidants in them.

These are important because they help the body with oxidative stress, or when molecular species damage your cells.

A study demonstrated that eating 500 mg of cinnamon daily for 12 weeks decreases oxidative stress markers by 14% of prediabetic adults.

Oxidative stress has long been the culprit of all chronic diseases, which includes type 2 diabetes.

For people who have diabetes, it’s either the pancreas can’t make enough insulin or cells can’t respond to insulin properly, which leads to high blood sugar.

Cinnamon lowers blood sugar and fights diabetes by mimicking the effects of insulin and increases sugar transport to cells.

It lowers blood sugar by increasing your sensitivity to insulin, which makes it more efficient to move sugar into cells.

A study of 7 people who ate cinnamon showed that it increased their insulin sensitivity almost immediately after eating, and the effect lasted for at least 12 hours.

Many studies have shown that cinnamon is great at reducing blood sugar.

A study of 543 people with type 2 diabetes proved that it was associated with better diabetes health markers.

Many studies have proven decreases in hemoglobin A1c but others say that there is no effect.

These seemingly conflicting results may be because of factors like prior blood sugar control or amount of cinnamon.

After we eat, our blood sugar levels can rise fast. These can do a lot of damage to our cells and put us at risk for chronic disease. Cinnamon helps manage blood sugar spikes.

Cinnamon is also said to lower risk of diabetes complications like heart disease as well as lowers blood pressure.

Nowadays, people label Alzheimer’s as a variant of diabetes, calling it type 3 diabetes. There are studies that show that cinnamon decreases beta amyloid and tau proteins which are linked to Alzheimer’s disease development.

Cinnamon is normally grouped into Ceylon and Cassia. Cassia is inexpensive and should be found in your grocery store. Ceylon is the more expensive one, it’s derived from the Cinnamomum verum tree. It also has more antioxidants, and is said to give more health benefits.

But most studies that show the benefits of cinnamon have used Cassia.

Cinnamon is not without its disadvantages. It’s said to possess a harmful substance called coumarin, an organic substance in plants.

There have been studies of it being toxic to our livers, causing liver damage to humans.

The tolerable consumption of cinnamon is half a teaspoon or 2.5 grams. Cassia cinnamon is high in coumarin, if you take too much of it, it can lead to harmful effects on your body.

Cinnamon is also said to be linked to hypoglycemia, or low blood sugar, a life-threatening condition.

How Much Cinnamon To Take

How cinnamon lowers blood sugar is well-studied. But there are no definite studies on how much cinnamon we should take. All we know is it’s a great way to cleanse our palate and vary food flavorings in our life.

It’s a great gift coming from the airport, a store that sells cinnamon buns exclusively.

Studies show that cinnamon lowers blood sugar and manages diabetes complications. Ceylon cinnamon is better than Cassia cinnamon in terms of health benefits, but it is more expensive.

The common rule is to not exceed 1 gram or 0.24 a teaspoon of cinnamon daily. 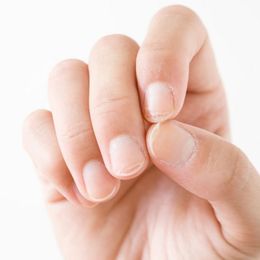 What's Going on with My Fingernails? 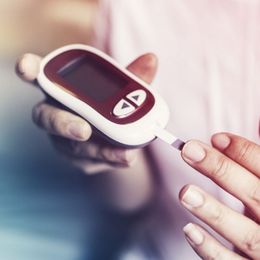