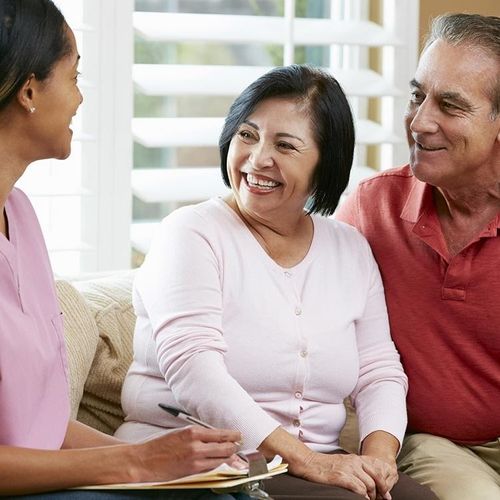 What People with Cancer Want You to Know

One in two men and one in three women will get cancer during their lifetimes, according to the American Cancer Society. The advent of new treatments has allowed many cancer patients to live relatively normal lives, and about nine million Americans are cancer survivors.

When someone has cancer, friends and family members want to help and give support, but sometimes they unknowingly say things that may be disturbing. There are many ways to express concern and love when someone is faced with cancer or any serious illness...and just as many ways to make someone cringe. Here's what cancer survivors wish people would do...

People may disappear or withdraw when a loved one gets sick. Some are afraid of saying or doing the wrong thing. Others are geared toward fixing problems and get frustrated when they can't help. Still others have experienced their own tragedies with cancer and don't feel strong enough to face the emotional turmoil again.

Though it's uncomfortable to confront a person's outpourings of fear and grief, make the effort. Cancer patients need to cry and release their pain. One of the greatest acts of love is to be with him/her, to listen as he shares his fears.

If you live far away, call or write. Let him know that he's loved...that he matters...and that your heart is with him.

If you simply can't be there, at least explain why the situation is too difficult for you to cope with.

People often talk about their own experiences when they meet a person who has cancer. Their intention may be to show empathy or unload their own burdens, but the stories can hurt more than help.

Example: When people heard about my diagnosis, many said things like, "Lung cancer—that's really bad." A waiter at an Italian restaurant even told me that his wife died of the same cancer. He shared all the gruesome details—about the surgery, how the cancer returned and how she died. It brought back all of my own terror.

People who have cancer don't need to be reminded that they could die—they live with that fear every day. They would rather hear stories of hope and success.

Better: When I told my cousin about my diagnosis, she told me about one of her professors who had had the same cancer 20 years before—and who is still alive and healthy.

When I told my best friend, with whom I have always taken an annual vacation, she said that we would still be vacationing together when we're old ladies. That's the type of encouragement people with cancer need to hear.

Few of us ask permission before sharing our feelings or advice, but asking permission is important when you are dealing with someone who has a life-threatening illness. That's when people are at their weakest and most vulnerable.

People say things like, "You really should try this immune-boosting herb" or, "You should ask your doctor about this new treatment I read about." The word "should" suggests that the person with cancer would be remiss not to take your advice.

Instead, ask him if he is interested in your advice or information or wants to hear your stories. Back off if he says no. Possible ways to ask...

"I have been looking into this type of cancer. Would you like to hear some of the treatment options I've read about?"

“A friend told me about an herb that might help. Would you like to hear about it?"

We all tend to be overly serious when we're with people who have serious illnesses. That's appropriate some of the time, but not all the time. People with cancer may want to forget the pain and just laugh and be happy.

I interviewed a woman who received a cancer diagnosis on a Friday. She had all weekend to worry before she saw her doctor again on Monday, so to make herself feel better, she went to a video store and rented a bunch of comedies.

Going through cancer is not all about fear. There's always room for humor and joy.

It's normal to be angry, depressed or sad when you have cancer. No one feels positive all the time. Nevertheless, friends and family members often nag cancer patients about the importance of positive thinking and tune them out when they express worries, pessimism or fear.

The implication is that the cancer is somehow the patient's fault or that he can control the outcome. There's a myth that some people have a "cancer personality." There's no truth to it—and it implicitly blames the patient for causing the disease.

It is important to understand that people who have cancer need to allow themselves to feel everything. They shouldn't have to hide their true emotions. It's okay to feel rotten sometimes.

Platitudes are reassuring words that usually are said without much thought or understanding.

Everyone with cancer has heard things like, "You never know how much time any of us has—you could go outside tomorrow and get hit by a truck."

One woman I talked to had heard this cliche at least 10 times from people she knew—even from her doctor. Her comment? "Okay, so then in addition to the fact that I could die from cancer, I might also get hit by a truck." That isn't comforting.

No one who has had cancer sees it as "a gift." Cancer patients don't want to hear how lucky they are or what they can learn from the experience. They just want to get better.

Silence and compassion are more helpful than empty words. 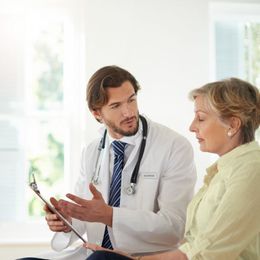 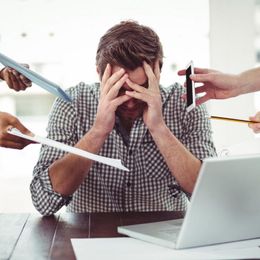