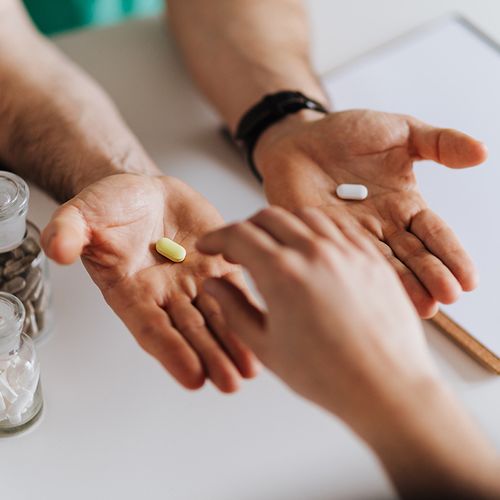 Researchers at several American institutions recently reported that half of 679 American doctors who had been surveyed said they regularly prescribed placebos to their patients. This news came as a shock to many people and raised serious ethical questions.

Everyone knows what placebos are-"sugar pills" or "dummy pills" that masquerade as medication. But is it that simple?

There's a lot more to the question than meets the eye, according to Richard L. Kradin, MD, one of the country's foremost experts on the use of placebo treatments. He answers questions below...

What exactly is a placebo?

It's any type of therapeutic intervention—for example, a fake or unproven medication, or a simple talk with the doctor-that, in and of itself, is judged to have no therapeutic capacity. When it works, the success is attributed to an activation of what's called the "placebo response."

How is the placebo response believed to work?

Before there were any scientific medical treatments, people got sick and got well. In species such as ours, some of these responses involve the body's ability to restore states of physical and mental well-being. This self-soothing process is key to the placebo response.

Certain memories are probably involved. For example, children are usually soothed by their parents. Their mothers kiss minor hurts to make them better. They are given pills and told the medicine will make them well. When adults are sick and receive care from someone who's supposed to help them, the situation can reawaken this capacity to be soothed. After a visit to the doctor, some people report that they feel better right away.

Can a person who has a serious illness be healed by the placebo response?

There are people who appear to have been cured of cancer by what might be termed the placebo response. In one case, an experimental chemotherapy drug—later shown to be inactive—was highly effective in a patient as long as he believed it was capable of curing his cancer. But that scenario is quite rare.

Placebos seem best able to restore well-being when problems are minor, such as a headache or stomachache. It's important to remember that the placebo response isn't necessarily separate from real therapeutic responses brought about by effective treatment, but part of them. If you take a drug that works, the placebo response may make it work better. Many of the factors involved in the placebo response have been scientifically confirmed in a number of studies on the topic.

Do placebos do more for some people than for others?

In most clinical trials, one-third of patients who receive a sugar pill feel better. But it's hard to predict which people will respond positively to placebo treatment.

Trust and expectation increase the chance of a positive response. If you believe that a drug or treatment is likely to help you, the odds are that it will work as a placebo.

If the doctor or other caregiver conveys a sense of competence and authority, and the visit to the doctor's office promotes relaxation and trust, these factors also seem to elicit the placebo response. The doctor's ability to listen and make patients feel that they're understood is important. If the doctor doesn't convey his/ her own belief that the intervention will work, the chances are good that it won't work.

Can a placebo have harmful effects?

Negative, or so-called nocebo, responses are quite common. For example, about 25% of participants in clinical trials report side effects after receiving a harmless pill. Similarly, a certain proportion of adverse reactions to prescribed medications are no doubt due to the nocebo response.

Here, too, expectation plays a role. Nocebo effects commonly occur after a patient reads the drug package insert that lists, often in alarming detail, a medication's potential side effects. The health care provider can elicit the nocebo response, too. People sometimes leave the office of a brusque, uncaring doctor feeling much worse, and getting little benefit from the medication the doctor prescribed. If a caregiver expresses too many doubts about the treatment, patients detect that as well.

Is it ethical for a doctor to prescribe a drug as a placebo without the patient's consent?

In many situations, with many types of people, conveying the entire truth, including doubts surrounding the treatment, may not be in the patient's best interest in terms of therapeutic outcome. On the other hand, if a doctor is caught prescribing a placebo, he risks losing his credibility. Most placebos are prescribed unwittingly by doctors who prescribe a medication "off-label"—for an unapproved use-in the belief that it will help.

By the same token, when I talk in detail with a patient about a particular drug's potential side effects, as mandated by law, I can see fear well up in his face. Is that the role of a healer? I'm not so sure.

Can medical consumers barness the power of their own placebo responses?

Yes. In choosing a health professional, you should try to find someone you can trust and have confidence in. Don't go to anyone who doesn't evoke this trust. It's possible for a doctor to be brusque and still convey the confidence that a patient needs. Some people respond well to that kind of personality.

Know yourself. If you leave a treatment situation feeling doubtful and not reassured, you're probably in the wrong place.

How can you minimize nocebo effects?

I suggest to my patients that they read the medication package insert only if they experience a side effect, to check whether it is a common one. I believe it's better to stay modestly informed—and to respect the expertise of the doctor or other health professional.

Important: Any side effect that is not short-lived should be reported to your physician so that potentially serious adverse reactions are not missed.

You should be a working partner in your treatment and have some idea of what's going on. But when people start involving themselves in the fine details, it tends to have a disturbing effect on mind-body processes—either resulting in a nocebo response or limiting the advantages of the placebo response. 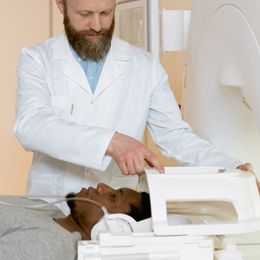 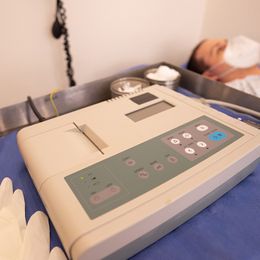