Thin People Get Diabetes, Too

It's widely known that type 2 diabetes tends to strike people who are overweight. In fact, about 85% of people with diabetes are carrying extra pounds. But what about those who aren't overweight?

A popular misconception: It's commonly believed-even by many doctors-that lean and normal-weight people don't have to worry about diabetes. The truth is, you can develop diabetes regardless of your weight.

An unexpected risk: For those who have this "hidden" form of diabetes, recent research is now showing that they are at even greater risk of dying than those who are overweight and have the disease.

What you need to know about diabetes-no matter what you weigh...

The Extra Danger No One Expected

No one knows exactly why some people who are not overweight develop diabetes. There's some speculation that certain people are genetically primed for their insulin to not function properly, leading to diabetes despite their weight.

Still, because diabetes is so closely linked to being overweight, even researchers were surprised by the results of a recent analysis of 2,600 people with type 2 diabetes who were tracked for up to 15 years.

Starting new finding: Among these people with diabetes, those who were of normal weight at the time of diagnosis were twice as likely to die of non-heart related causes, primarily cancer, during the study period as those who were overweight or obese.* The normal-weight people were also more likely to die of cardiovascular disease, but there weren't enough heart-related events to make that finding statistically significant.

Possible reasons for the higher death rates among normal-weight people with diabetes...

· The so-called obesity paradox. Even though overweight and obese people have a higher risk of developing diabetes, kidney disease and heart disease, they tend to weather these illness somewhat better, for unknown reasons, than lean or normal-weight people.

· Visceral fat, a type of fat that accumulates around the internal organs, isn’t always apparent. Unlike the fat you can grab, which is largely inert, visceral fat causes metabolic disturbances that increase the risk for diabetes, heart disease and other conditions. You can have high levels of visceral fat even if you’re otherwise lean. Visceral fat can truly be measured only by imaging techniques such as a CT scan (but the test is not commonly done for this reason). However, a simple waist measurement can help indicate whether you have visceral fat (see below).

· Lack of good medical advice. In normal-weight people who are screened and diagnosed with diabetes, their doctors might be less aggressive about pursuing treatments or giving lifestyle advice than they would be if treating someone who is visibly overweight.

It's estimated that about 25% of the roughly 29 million Americans with diabetes haven't been diagnosed. Whether you're heavy or lean...

· Get tested at least once every three years starting at age 45-regardless of your weight. That’s the advice of the American diabetes Association (ADA). You may need even earlier testing and/or more frequent tests if you have risk factors, such as a family history of diabetes and/or a sedentary lifestyle. Talk to your doctor.

Remember: If your weight is normal, your doctor may have a lower clinical suspicion of diabetes-a fancy way of saying he/she wouldn't even wonder if you have the condition. As a result, the doctor might think it's OK o skip the test or simply forget to recommend it. Ask for diabetes testing-even if your doctor doesn't mention it.

A fasting glucose test, which measures blood sugar after you have gone without food for at least eight hours, is typically offered.

Alternative: The HbA1c blood test. It's recommended by the ADA because it shows your average blood glucose levels over the previous two or three months. Many people prefer the A1c test because it doesn't require fasting. Both types of tests are usually covered by insurance.

· Pull out the tape measure. Even if you aren’t particularly heavy, a large waist circumference could indicate high levels of visceral fat. “Abdominal obesity” is defined as a waist circumference of more than 35 inches in women and more than 40 inches in men. Even if you are under these limits, any increase in your waist size could be a warning sign. Take steps such as diet and exercise to keep it from increasing.

To get an accurate measurement: Wrap a tape measure around your waist at the level of your navel. Make sure that the tape is straight and you're not pulling it too tight. And don't hold in your stomach!

· Watch the sugar and calories. The Harvard Nurse’s Health Study found that women who drank just one daily soft drink (or fruit punch) had more than an 80% increased risk of developing diabetes.

Research has consistently linked sweetened beverages with diabetes. But it's not clear whether the culprits are the sweeteners (such as high-fructose corn syrup) or just the extra calories, which lead to weight gain. Either way, it's smart no matter what you weigh to eliminate soda and other super sweet beverages from your diet-or if you don't want to give them up, have no more than one soft drink a week, the amount that wasn't associated with weight gain in the study.

· Get the right type of exercise. People who want to lose weight often take up aerobic workouts, such as swimming of biking, which burn a lot calories. But if you don’t need to lose weight, strength training might be a better choice. When you add muscle, you significantly improve insulin sensitivity and enhance the body’s ability to remove glucose from the blood.

Walking may not sound very sexy, but it's one of the best exercises going because it has both aerobic and muscle-building effects. In fact, walking briskly (at a pace that causes sweating and mild shortness of breath) for half an hour daily reduces the risk for diabetes by nearly one-third. That's pretty impressive! 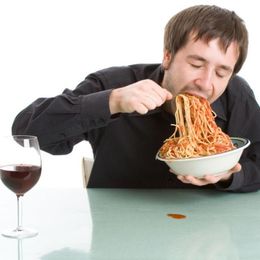 Why Eating Too Quickly May Kill You

The Best Snacks to Eat If You Have Diabetes 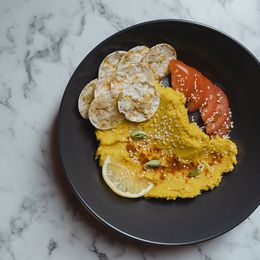