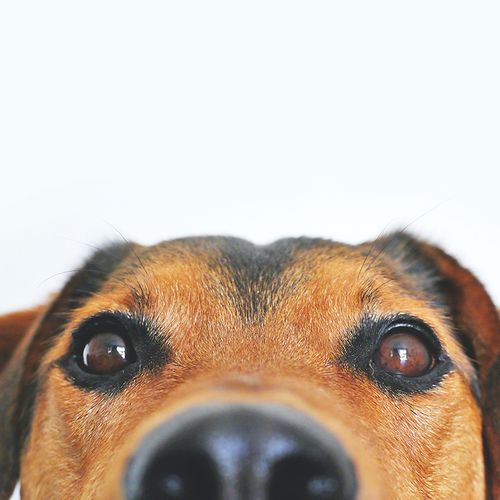 The Ultimate Lab Test: Dogs That Sniff Out Colon Cancer

With powers of smell far superior to those of humans, dogs can sniff out buried earthquake victims. They can unearth hidden bombs or drugs. They can also apparently detect colorectal cancer, Japanese researchers suggest.

Researchers from Kyushu University and colleagues report that a specially trained eight-year-old female Labrador retriever named Marine is able to detect colorectal cancer among patients with up to 98% accuracy.

A graduate of the St. Sugar Cancer-Sniffing Dog Training Center in Chiba, Japan, the dog was initially trained for water rescue and could already detect 12 types of cancer in patients breath samples before she joined the colorectal cancer study, the researchers said.

The goal of the study was to find out whether odor can become an effective tool in colorectal cancer screening, according to lead researcher Hideto Sonoda, MD, PhD, from the department of surgery at the Postgraduate School of Medicine at Kyushu University in Fukuoka.

The report was published in an online edition of the peer-reviewed journal Gut.

For the study, Dr. Sonoda's group collected samples of stool and exhaled breath from 40 patients with colorectal cancer and also from 320 healthy people. "The tests were conducted from November to June, because the dog's concentration tends to decrease during the hot summer season," Dr. Sonoda noted.

The dog was able to distinguish cancerous samples from noncancerous samples in 33 of 36 breath tests and in 37 of 38 stool tests, the researchers found. "Moreover, canine scent judgment even appeared to be highly accurate for early-stage colorectal cancer," Dr. Sonoda said.

In contrast, fecal occult blood screening-a simple, non-invasive test for colon cancer picks up early-stage disease in only one out of 10 cases, the study noted.

In fact, the dog was able to identify cancers even when smokers and people with other stomach problems were included in the test, the researchers noted.

The tests were repeated three times, Dr. Sonoda said. "The results of all tests were correct, thereby suggesting that a specific cancer scent indeed exists," he said.

While dogs seem to be able to pick up the "smell" of cancer, using dogs as a screening tool is not the ultimate goal, he said.

Scent ability and concentration vary between different dogs and also with the same dog on different days, Dr. Sonoda pointed out. "Moreover, each dog can only conduct tests for a maximum of 10 years. So it is difficult to introduce canine scent judgment into clinical practice," he said.

For these reasons, it is necessary to identify the cancer-specific organic compounds detected by dogs and to develop an early cancer detection sensor that can be substituted for a dog's judgment, Dr. Sonoda said.

"We hope that the results of the present study will provide encouragement for the development of cancer detection and solving the biological character of cancer using odor material," he said.

Commenting on the study, Ted Gansler, MD, MBA, director of medical content at the American Cancer Society, said that this study adds to a small number of other published articles showing similar results regarding bladder, lung and breast cancers," and to a recent conference presentation regarding prostate cancer.

"In addition to these studies, there have been several anecdotal reports of patients whose pet dogs seemed attracted to or upset by skin cancers," he added.

Although the idea of dogs recognizing cancer might initially seem difficult for some people to believe, it also seems biologically plausible, Dr. Gansler said.

"We know that trained dogs can distinguish the scent of one person from another person. Dogs can also be trained to recognize very low concentrations of explosives or illegal drugs in the air. Scientists have already identified some of the chemical differences between normal and malignant tissues, so it is not surprising that some dogs can also recognize these differences," he said.

Some might wonder whether it is time to use dogs in the clinic for cancer screening, Dr. Gansler said. "However, much more research will be needed before we can seriously think about dogs assuming roles in cancer screening similar to their current ones in law enforcement," he said.

One limitation is that the dog in this study did not reliably recognize any abnormal scent from precancerous polyps, although it was not specifically trained to do so, Dr. Gansler said. "In contrast, some colon cancer tests such as colonoscopy can identify these polyps so they can be removed by the doctor in order to prevent colon cancer before it is fully developed."

The next step is to discover the specific chemicals associated with colon cancer, or with other types of cancers, Dr. Gansler said. "Once that is done, scientists will try to develop laboratory tests that detect these chemicals as potential methods for cancer screening."

Another expert, Floriano Marchetti, MD, an assistant professor of clinical surgery and director of the Colon and Rectal Surgery Residency Program at the University of Miami Miller School of Medicine, said that the direction should be to stimulate research in finding the organic compound that the dog reacts to."

If one could develop a simple screening test, it could be useful in getting more people screened for colon cancer, he said. "In this country, compliance for any type of screening for colorectal cancer is in the order of 40% to 45%. Something like this, if it were simple, would be beneficial." 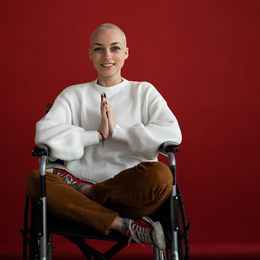 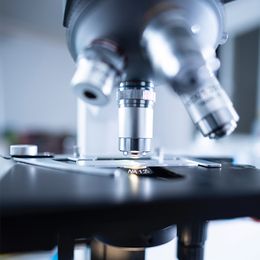