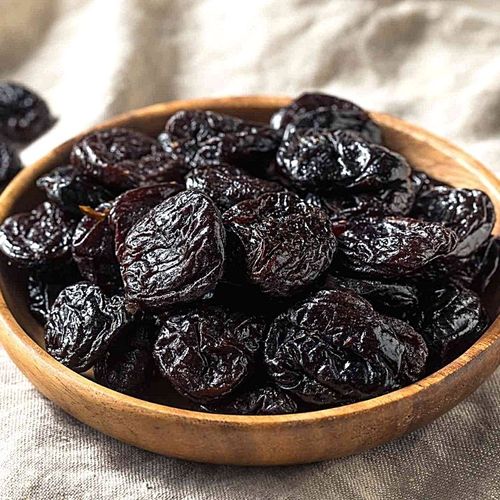 What comes to mind when you hear the word "prunes"? You probably think of one of two things-laxatives or senior citizens. That's why the prune industry is trying to change the name to "dried plums." But the fact is, prunes are amazingly good for us. They are nutrient-rich... inexpensive... they can satisfy a sweet tooth without the horrid effects of processed sugar .. . they can even help you get going with a healthy slimming diet. But there's a lot more to this simple, inexpensive superfood-yes, superfood-that could make you healthier and get you thinking about prunes in a whole new way...

"Prunes have a unique combination of nutrients that aren't found in other foods, not even other dried fruits," Maria Stacewicz-Sapuntzakis, PhD, said. She would know. She's been dedicated to research on the health benefits of prunes since year 2000 and has authored two scholarly reviews on research done on them. They're very high in a sugar alcohol called sorbitol, which is the key magic ingredient to the prune's health benefits, she said.

On its own, too much dietary sorbitol can cause gas and unwanted laxative effects, and 50 grams or more a day is considered excessive. In fact, the FDA makes companies add warning labels about the laxative effect of sorbitol to food products that contain it. But you'd have to eat more than a half a pound of prunes in one sitting to total 50 grams-and if you do try that at home, you sure will be "sitting." Dr. Stacewicz-Sapuntzakis went on to explain that five prunes contain a modest 7 grams of sorbitol and that the sorbitol in prunes combines with other nutrients in the fruit to pump up its nutritional and health enhancing powers.

According to Dr. Stacewicz-Sapuntzakis, two daily servings of prunes (that's 10 to 12 ) can help your body...

Lose weight. Despite the fact that they average 25 calories each, snacking on prunes can help you lose weight. Research recently reported at the European Congress on Obesity found that dieters who ate prunes lost more pounds and more inches and felt fuller longer than dieters who didn't eat them. The finding on satiety matched earlier research that found that eating prunes as a mid-morning snack can help you eat less at lunchtime.

Regulate blood sugar. Although prunes are sweet, they rate relatively low on the glycemic index scale, which measures how fast and how much a certain food raises blood sugar levels. This makes prunes a good food choice for folks with hyperglycemia or diabetes. Sorbitol itself has a low glycemic value, which may explain why something that tastes so much like candy keeps blood sugar levels on an even keel instead of making them spike.

Prevent colon cancer. The fiber, phenolic compounds (which are antioxidant substances found in fruits) and sorbitol help prunes move waste through the colon quickly enough to keep bile acid by-products from injuring the lining of the colon, which can be cancer-causing.

The Best Ways To Eat Prunes

Is drinking prune juice just as good as eating prunes? Dr. Stacewicz-Sapuntzakis recommends the latter. "If you eat the whole fruit, you get the benefits of all the great nutritional compounds in prunes. Some of these compounds become lost in prune juice," she said. But if you have never eaten prunes and now have an interest in adding them to your diet, start slow with four or five a day, Dr. Stacewicz-Sapuntzakis recommends. Once you're sure that your body can tolerate them without an unwanted laxative effect, work up to 10 to 12 each day. That racks up 240 calories, but you'll feel full longer than if you ate the same amount of calories in the form of, say, bread and cheese.

And prunes can be a lot more than wrinkled things you pluck from a box. Consider these tasty ways to enjoy them...

Homemade no-bake energy bars. Place a handful of prunes in a food processor along with any combination of your favorite nuts and seeds, such as almonds, walnuts, and sesame, sunflower or pumpkin seeds. You can add some shredded coconut, too... maybe even sprinkle in some unsweetened cacao to sate a chocolate craving. Process the ingredients into a paste, and then press the mixture into a baking dish. Chill until firm and cut into squares for a perfect on-the-go energy boost and healthy sweet-tooth satisfier.

Prunes in a Blanket. Wrap individual prunes in paper-thin slices of prosciutto-or do the same using turkey bacon if you prefer-then roast at 400°F until crisp on the out side, sweet and gooey inside. Bet you can't eat just one!

Spicy Moroccan-Style Stew. Simmer prunes with lamb, beef or chicken and aromatic Moroccan spices, such as ginger, saffron, cinnamon and pepper, to serve up a traditional Moroccan stew called tagine. 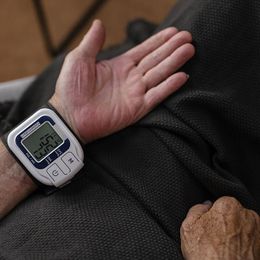 The Best Diet For Prediabetes

Are You Getting the Most from Your Blood Tests? Even Doctors May Miss Signs of Health Problems 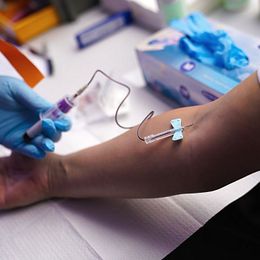