The Hidden Key to Heart Health Even Doctors Overlook

We're all familiar with the circulatory system that transports oxygen-rich blood to the tissues of the body, including the heart. But there's another major system that is largely overlooked by patients and doctors—when it comes to heart health.

The lymphatic system, which is widely known for its ability to help our bodies fight infection, may have a much greater impact on the heart than previously recognized. The lymphatic system is a network of vessels, nodes and fluid (lymph) that helps the body fight infection. As lymph seeps through the bloodstream, it passes through the nodes located throughout the body. Toxins are filtered out before the cleansed fluid is returned to the bloodstream.

New thinking: Most scientists agree that low-level, chronic inflammation can be a significant underlying cause of heart disease.

Some now believe that impaired lymph circulation may be what allows inflammatory substances to irritate blood vessel walls and promote atherosclerosis (fatty buildup in the arteries). Impaired lymph flow also can cause cholesterol to remain longer inside blood vessel walls, which contributes to the formation of plaque and increases risk for heart attack and stroke.

The lymphatic hypothesis of cardiovascular disease isn't widely embraced by mainstream physicians, but it's supported by several laboratory studies.

A leading proponent of this hypothesis is Gerald M. Lemole, MD, a heart surgeon who worked closely with the cardiac-surgery pioneers Michael DeBakey, MD, and Denton Cooley, MD, and was a member of the surgical team that performed the first successful heart transplant in the US, in 1968. Since then, Dr. Lemole has performed or overseen close to 20,000 cardiac-surgery procedures.

Dr. Lemole spoke recently about the ways in which the lymphatic system may affect heart health.

Our bodies contain more lymph than blood, and we have more miles of lymph vessels than blood vessels. Normally, all of the lymph in the body circulates through the lymphatic system about once every two days. This turnover means that inflammatory cytokines and other irritating substances are swept out of circulation and to the liver for disposal—ideally, before these substances are able to damage adjoining arterial linings.

Stress, poor diet and a sedentary lifestyle impair lymph drainage. Because these lifestyle factors are so prevalent in the US, many Americans are thought to have "lymph stasis," in which lymph flow is slower than normal.

In people who have lymph stasis, pools of lymph essentially stagnate. Irritating substances suspended in lymph have more time to damage nearby blood vessels, which is thought to contribute to the buildup of LDL "bad" cholesterol and other substances that promote atherosclerosis.

Even though lymph flow in humans has been measured only in research settings, cardiac surgeons have long noted that atherosclerosis develops mostly in blood vessels on the surface of the heart. In this area, lymph flow is relatively weak. Atherosclerosis usually doesn't occur in deeper coronary tissues, where the beating of the heart presses against lymph ducts and promotes rapid lymph drainage.

While the blood circulatory system is largely powered by the heart, the lymphatic system depends mainly on muscle and respiratory movements to supply the pressure changes that are needed for lymph circulation. In addition, the flow of lymph is thought to be enhanced by antioxidants (such as those in green tea) that dilate lymph vessels.

Even though the link between lymph and cardiovascular disease still is theoretical, it may be possible to reduce the risk for heart disease by up to 30% by enhancing lymph circulation—in part because the same things that promote lymph circulation (regular exercise, stress management and a healthful diet) also can help lower blood pressure, inflammation and other proven cardiovascular risk factors. Actions you can take...

This may be one reason why people who exercise tend to have lower cholesterol and better immunity than those who are sedentary.

My advice: When performing exercise (such as walking), open your arms as wide as you can and then bring them back together in front of your body (roughly in sync with your breathing). This arm movement opens the chest cavity and allows the lungs to expand more fully, which enhances lymph circulation.

My advice: Set aside about 10 minutes a day for deep breathing. Take slow, deep breaths, exhaling completely at the conclusion of each one. You can combine deep breathing with walking and/or other forms of exercise.

Helpful: To ensure proper movement of the diaphragm, make sure that your posture is erect when performing deep breathing, whether you are sitting or standing.

My advice: If you are at high risk for cardiovascular disease, ask your doctor about trying Daflon-500. Follow the label directions-the usual dose is 500 milligrams (mg), two to three times daily

*Caution: If you have scar tissue due to an injury or surgery or if you have recently received radiation treatments, ask your doctor if massage is safe for you.

My advice: Get a massage from a massage therapist or a friend or your spouse at least once a month to keep lymph moving.

Best: A lymphatic massage, a specialized form of massage that promotes lymph circulation 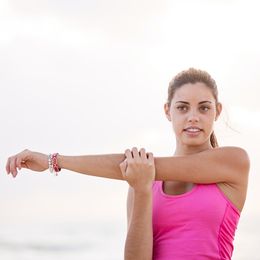 Simple Stretch Test that Could Save Your Life 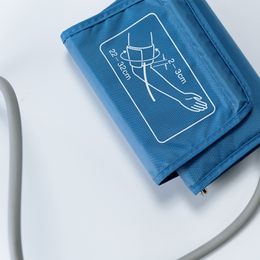