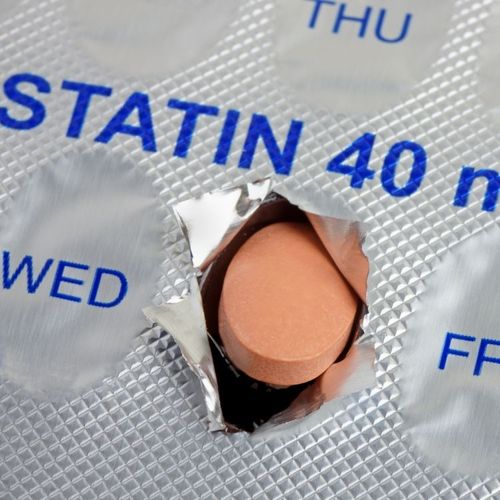 Those so-called "wonder" drugs that help reduce cholesterol-the statins (Lipitor, Crestor and Zocor, to name a few)-aren't anywhere close to being all they're hyped up to be. Sure, they reduce cholesterol, but their use is fraught with questions. In fact, the hype on statins can be considered a statistical deception.

A review of several statin studies found that the results are often framed in ways that make them seem much more promising or beneficial than they really are. A major study called JUPITER, for example, shows how statistical data can be reported to overexaggerate benefit. JUPITER, stands for "Justification for the Use of Statins in Primary Prevention: An Intervention Trial Evaluating Rosuvastatin." The results of this study were used back in 2008 to get FDA approval to use rosuvastatin (Crestor) to help prevent heart disease in healthy people. Before that time, it was approved for use only in people who were known to be at high risk for heart attack and stroke.

The JUPITER trial compared Crestor to a placebo in 17,800 healthy people. The study results showed that, overall, a mere 0.76% of people taking the placebo had heart attacks, strokes or other major cardiovascular events compared with 0.35% of people taking Crestor-in both groups, less than 1% of participants. But in a press release about the study, the manufacturers of Crestor reported that the statin reduced the risk of heart attack "by more than half' because the percentage difference between 0.76 and 0.35 is 54 ("more than half'). Results were then framed in a similar way at a major medical meeting and published in the journal Circulation. Although the percentage of risk reduction was technically accurate, it alone completely failed to convey the fact that the absolute amount of risk even for the group that didn't take the drug was very small-less than 1 %!

Other major studies engendered similar overstatements about the benefits of one or another statin. Take, for example, the study results that the manufacturer of Lipitor emblazoned on ads placed in medical journals-that Lipitor (known generically as atorvastatin) "reduces risk of heart attack by 36% in patients with multiple risk factors for heart disease." In the Lipitor study, which included 10,305 people who had high blood pressure and at least three other risk factors for heart disease, 3% of the people on placebo had heart attacks within three years versus 1.9% of the people on Lipitor, leading to a risk reduction rate of 36% using the same math as was used in the JUPITER study. A similar scenario was illustrated in a major study of simvastatin, marketed as Zocor.

Profit may be a driving force behind America's "high cholesterol" epidemic and drugs to keep it under control. Consider that more than 200 million statin prescriptions are written in the US each year-we're talking $26 billion in revenue for pharmaceutical companies. And if the updated clinical guidelines from the American College of Cardiology and American Heart Association are followed, 46 million more Americans may end up on statins. These guidelines recommend statin treatment for diabetics and almost all of the elderly. Not surprisingly, eight of the 15 panelists who created these guidelines have extensive ties to the pharmaceutical industry.

Lipoproteins (cholesterol and other blood fats called triglycerides) play a major role in our immune systems, and it's perhaps inaccurate to label them "good" or "bad." Low cholesterol levels have been linked to viral infection and cancer-there are several large and long-term studies showing associations between low cholesterol levels, use of statins as well as other cholesterol-lowering drugs and cancer risk. There are also several studies showing that low cholesterol is associated with neurological and mood disorders, including violent behavior, depression, suicide and dementia. In fact, there are two studies that showed that cognitive function improved in adults with memory problems or dementia when statin medication was stopped and returned when it was restarted.

You won't find good health in a pill. For the vast majority of people, the secret to longevity and to reducing the risk of heart disease is in weight and stress control, moderate exercise and maintaining a healthy diet. This means reducing the amount of sugar and fried foods you eat and, if you eat red meat or dairy, choosing natural sources of saturated fats that are free from antibiotics and hormones that can wreak havoc on your metabolism. These include grass-fed beef, eggs from free-range chickens, and butter and cheese from grass-fed cows.

Take This Test Before Starting a Statin 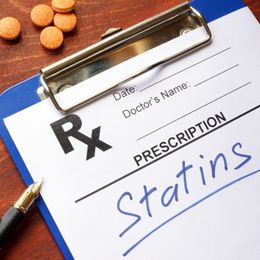