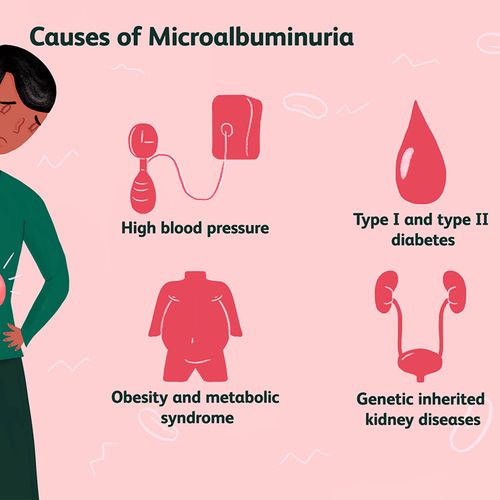 A test that signals heart and kidney trouble in diabetics should also be used on people who do not have diabetes but who might be at risk for kidney or cardiovascular disease, experts say.

For years, people who had diabetes have undergone a routine screening to detect a protein called albumin in the urine. The test can diagnose a condition called microalbuminuria, defined as excretion of greater than 30 milligrams (mg) per day of albumin.

Microalbumin has long been associated with a higher risk of kidney and heart disease in diabetics. More recently, though, a growing body of research suggests the test may also help predict heart disease risk in people who are not diabetics. Some researchers say the use of this test should be expanded.

Albumin tests have been recommended on a routine basis for diabetics for about a decade," explains Dr. George Bakris, director of the Hypertension/Clinical Research Center at Rush University Medical Center in Chicago. "The original discovery that small amounts of albumin were associated with higher kidney disease and cardiovascular risk was made in the 1970s. At that time, a group in Denmark noticed that small amounts of albumin in people with type 1 diabetes (indicated those who were more likely to get end-stage kidney disease and to die of a heart attack."

More recently, Bakris says, "microalbuminuria has been associated with a significant risk for cardiovascular events. And if you fail to control blood pressure and lipids and progress to proteinuria (an excessive amount of the protein), your risk for kidney disease is very high, whether you have diabetes or not."

Dr. David Warnock, director of nephrology at the University of Alabama and president of the National Kidney Foundation, says, "The presence of albumin in the urine is not a normal finding. There are some benign explanations-it can be detected after heavy exercise and after a urinary tract infection.

Otherwise, its presence could mean there is kidney disease, or it could be a sign of high blood pressure or an indicator of some sort of cardiovascular disease." But, he says healthy people do not need the test. 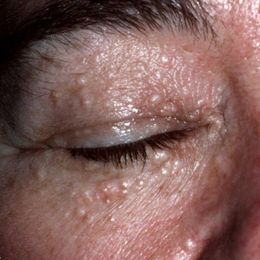 So Long, Syringoma: How to Get Rid of Bumps Under the Eyes

Is Diabetes an Epidemic? 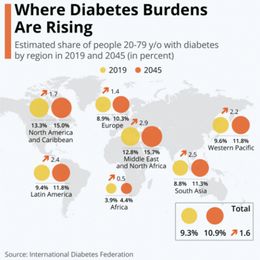