The breast cancer drug tamoxifen helps control the manic phase of bipolar disorder, and it works faster than many standard medications used to treat the chronic mental illness, a new study has found.

Symptoms of bipolar disorder, which affects nearly six million American adults, can be disabling. They include profound mood swings, from depression to the manic phase, during which people can become overly excited and energetic but also irritable, before they plunge into depression again.

"One of the problems with existing treatments for bipolar disorder is they seem to have this long period before they start to work," explained Husseini K. Manji. MD, senior study author and director of the US National Institute of Mental Health's mood and anxiety disorders program.

Current treatments sometimes take weeks to become effective, Dr. Manji said, "and that obviously creates a huge problem." When patients are in the manic phase, particularly, not getting relief fast enough from medication may mean they need to be hospitalized, he noted.

Dr. Manji and his colleagues gave eight patients experiencing a manic episode tamoxifen, while another eight received a placebo. No one knew which drug they were getting. After three weeks, 63% of those on tamoxifen had reduced symptoms of mania, compared to just 13% of those on a placebo. The tamoxifen group responded by the fifth day of treatment.

Dr. Manji and his colleagues studied tamoxifen because they knew that standard medications used to treat mania are known to lower the activity of an enzyme—called protein kinase C or PKC—that regulates activities in brain cells. This enzyme is believed to become overactive when bipolar disorder patients experience a manic episode.

Tamoxifen also blocks PKC, but does it more directly than some bipolar drugs, according to the researchers.

For the study, Dr. Manji said, "we started with 20 milligrams (of tamoxifen) a day. It was in creased each day, usually up to 100 milligrams a day. Literally, at day five we saw this significant anti-mania effect," he said, adding that with Standard medications it would have taken three weeks to see results. "If we had something that would nip mania in the bud, it might save people from being hospitalized and getting sedating agents."

A new bipolar drug would not be tamoxifen itself, he said, but rather another medicine that mimics what tamoxifen does in the brain. The development of such a drug would probably take at least five years before it could be approved for marketing, he said.

"I wouldn't say this study proves that tamoxifen works faster than standard treatment," Dr. Sachs said, since a head-to-head comparison was not done. But, while not definitive, "the study has important findings," he said. 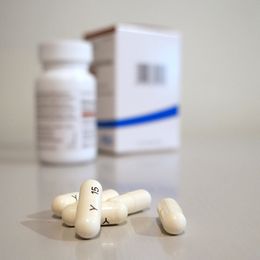 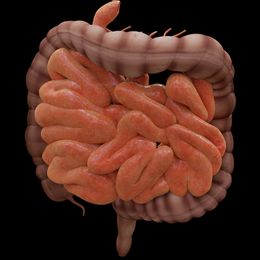