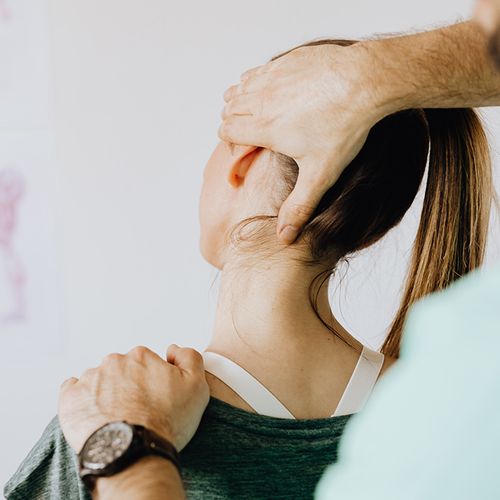 Surprising Ways a Chiropractor Can Help You

Emerging research indicates that chiropractic affects more than just the spine and surrounding muscles. It has been used to successfully treat a variety of conditions, including digestive complaints and ear infections.

A survey of 1,494 patients found that 22% reported digestive relief following chiropractic treatments, even though the majority had never mentioned any digestive issues to their chiropractors.

Many of the spinal nerves that are affected by chiropractic manipulation control digestive functions. Patients who undergo routine manipulations may experience changes in their levels of digestive fluids, the speed at which food moves through the intestinal tract or the strength and/ or frequency of intestinal contractions.

We're often told by patients that manipulations for, say, neck or low-back pain not only helped their musculoskeletal complaints but also resulted in improvement in constipation, irritable bowel syndrome and other digestive issues.

Digestive problems need to be medically diagnosed first, but the most effective treatments involve an integrative approach, which can include chiropractic. I often get referrals from medical doctors of patients with constipation, colitis or irritable bowel syndrome.

Help for colic: A study published in Journal of Manipulative and Physiological Therapeutics found that colicky babies treated with chiropractic cried about three hours less daily than they did before, compared to a one-hour reduction in those given the drug dimethicone, a standard treatment. The manipulations given to children are very gentle. Many have a reduction in colic after just one or two treatments. Look for a chiropractor who specializes in the problems of children.

The headaches that we all get from time to time often are related to the cervical spine in the neck. Known as cervicogenic headaches, these occur when vertebral misalignments cause muscle tightness or spasms. The tension begins in the neck but can radiate through the occipital nerves that rise upward from the base of the skull.

A study that compared patients receiving chiropractic care for tension headaches with those who were treated with the antidepressant amitriptyline showed reduction in both the frequency and pain intensity of these types of headaches. Most important, the chiropractic patients sustained these improvements after the treatment period, unlike patients who were treated with medication.

In a typical treatment, the chiropractor attempts to realign the cervical joints by manipulating the neck and head. The main goals of the treatment, apart from adjusting the vertebrae, are to increase the patient's range of motion, relax the surrounding muscles and decrease pain and inflammation.

People who have only recently started getting headaches often will improve after one or two sessions with a chiropractor. Those who have suffered from headaches for years probably will require multiple treatments before they start to notice a significant improvement.

Also important: The chiropractor will take a detailed history to learn why there is excess misalignment in the neck. This usually is due to lifestyle issues. For example, many of us look down at our computer monitors, which puts excessive tension on the neck. Raising the monitor to eye level can correct this. Women may be advised to carry a handbag rather than a heavy shoulder bag, Cradling your phone between your neck and shoulder also can cause problems. If you often find yourself doing this, get a headset.

It's not clear if chiropractic is as effective for migraines, but preliminary research suggests that chiropractic manipulations may affect nerves that control vascular expansion and contraction, a key component of migraines.

Some adults and virtually all children accumulate fluids in the eustachian tube, the passage between the throat and middle ear. The fluid is a perfect medium for viruses and bacteria, which can cause otitis media, an infection or inflammation of the middle ear.

Many studies have shown that chiropractic can relieve and prevent ear infections without antibiotics. The treatments, which include chiropractic adjustment and massage of the lymph nodes along the neck and around the ear, help drain excess fluid. The adjustment helps regulate the nervous system, which in turn helps drain the eustachian tube and promotes long-term drainage.

People with chronic sinusitis (inflammation of the mucous membranes in the sinuses) rarely get long-term relief from antibiotics or other types of conventional medicine, such as antihistamines and decongestants. Chiropractic can sometimes relieve all or most of the typical symptoms, such as facial pain and nasal congestion.

People with chronic sinusitis often have a misalignment in the cervical vertebrae. Chiropractic adjustments may help sinuses drain more efficiently. The treatment for sinusitis also includes applying pressure to the sinuses near the eyebrows and on either side of the nose.

Doctors usually treat these conditions with anti-inflammatory drugs, including steroid injections in severe cases. For carpal tunnel syndrome, surgery to "release pressure on the nerve is sometimes recommended.

Chiropractic, a more conservative approach, is effective for virtually all types of repetitive stress disorders. Manipulations to realign joints and improve range of motion can reduce pressure on tendons and nerves. The movements also improve lymphatic drainage, which reduces inflammation, improves circulation and accelerates healing. 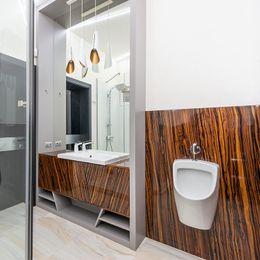 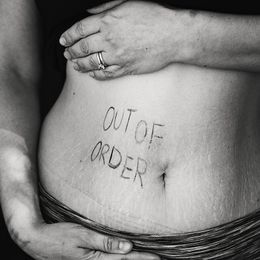