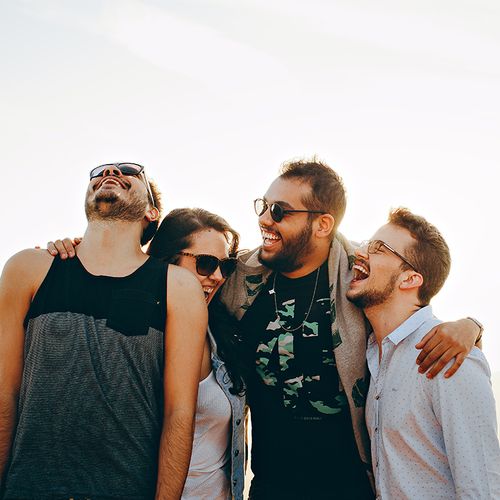 “SuperAgers" Have Thicker Cortexes Than Their Peers

Scientists from Northwestern University's Cognitive Neurology and Alzheimer's Disease Center identified 12 people aged 80 and older who did as well or better on memory tests as people who were 20 to 30 years younger. Researchers dubbed them "SuperAgers."

MRI scans showed that the cortex of SuperAgers was thicker than a comparison group of people aged 80 and older. The cortex is the outer layer of the brain involved in memory, attention and other thinking abilities.

Brain scans also showed that people in their 80s and 90s who exhibited more typical memory declines (though not the marked decline associated with Alzheimer's disease or other thinking impairments, researchers said) had a thinner cortex.

"The SuperAgers looked more like the middle-aged controls, despite being 20 to 30 years older," Dr. Rogalski said. "We didn't see any sig. nificant atrophy or brain cell loss."

The SuperAgers also had a larger cingulate cortex than the middle-aged participants. This is another brain region involved in attention and memory. What's unknown is if SuperAgers were born with a more prominent cingulate cortex or if that region resisted atrophy in later life, according to the study.

Some degree of forgetfulness is a common complaint among the elderly, Dr. Rogalski said. "These complaints are so widespread that it's come to be thought of as a normal part of aging," she noted.

The study was published in the Journal of the International Neuropsychological Society.

How This Brain Study Differs

Many prior studies have shown that brain atrophy and loss of thinking abilities go hand in hand, said Russell Swerdlow, MD, director of the Alzheimer's Disease Center at the University of Kansas.

This study is unique in that it starts with people with exceptionally good memories for their age, and then looks at what makes their brains different, he said.

More Than One Route To Superaging

With studies like this, one thing people want to know is what it takes to be among the SuperAgers. Unfortunately, there aren't yet any clear answers, Dr. Rogalski said.

"Genetics are likely to play a role. And, in general, a healthy lifestyle is supportive of good memory," Dr. Rogalski said. "But in our experience, some of our SuperAgers smoke cigarettes. Others have never touched them. Some go to the gym three to five days a week. Others don't exercise. Some are still working and others have never worked. It seems there might be more than one route to being a SuperAger."

More Aches and Less Sleep...What's Normal and What's Not as We Age

How Testosterone Can Help You Live Longer