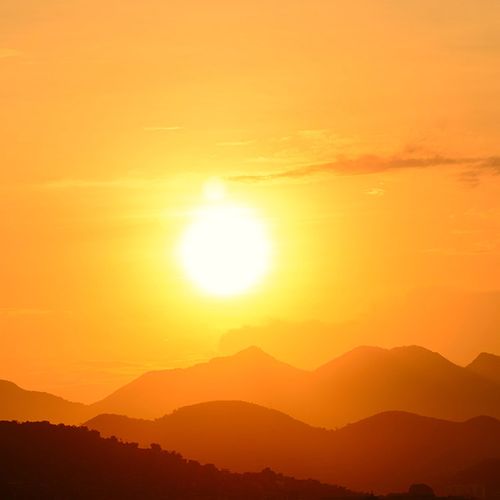 In a perplexing finding, a new study suggests that exposure to sunlight actually may help people who have melanoma live longer. Another study found that sun exposure may reduce the risk of developing non-Hodgkin's lymphoma.

"Sunlight is one of only 60 agents designated by the World Health Organization as an established human carcinogen," says Kathleen Egan, an associate professor of medicine at Vanderbilt University School of Medicine. How is it that this human carcinogen can be associated with a beneficial impact on cancer?

Sunlight itself may not be responsible; rather, the benefit may be due to some other property of the exposure, specifically, the sun's role in vitamin D synthesis, Egan explains.

Scientists have long noted that while the incidence of melanoma has been rising in developed nations, so, too, has survival.

The authors of the first study followed up 528 melanoma patients for five years. People who scored high on three measures of sun exposure—sunburn, high intermittent sun exposure and solar elastosis (a measure of skin damage due to the sun)—and had high skin awareness were less likely to die than people who scored lower.

It is not clear what biological mechanisms are at work, notes Marianne Berwick, study author and a professor of internal medicine at the University of New Mexico Health Sciences Center. However, she points to vitamin D as the logical path to investigate. "N7e're realizing more and more that vitamin D controls cell proliferation," she says.

"It's possible that people who have genetic factors in the vitamin D receptor gene or other genes in that pathway are less able to metabolize vitamin D through sunlight or milk and, therefore, have a much higher susceptibility to developing melanoma under low levels of sun exposure," she says.

Another explanation may be that sun exposure is linked to less aggressive cancers because it increases the ability of DNA to repair itself.

Or it may be that there are differences between melanomas. "There may be a variant of melanoma that is not linked to sun exposure that tends to be more lethal than the normal variety," says Dr. Sumayah Jamal, an assistant professor of dermatology and microbiology at New York University School of Medicine in New York City.

This study is "interesting, and raise[s] many questions that have to be answered by further study," says Dr. Martin Weinstock, chairman of the Advisory Committee on Skin Cancer for the American Cancer Society.

"Sun exposure caused more melanomas but there were indications that people with higher sun exposure had a slightly better prognosis. It is not clear whether that was the result of sun exposure before or after the melanoma was diagnosed," he says.

"It may be that the type of melanomas that develop in people who have lots of sun exposure are not as aggressive as those that arise in people with less sun exposure," Weinstock speculates.

"Alternately, it may be that something about sun exposure affects the prognosis of melanoma," Weinstock says. "The researchers suggest [thatJ vitamin D may act as a protective factor, but at this point, it is too early to say."

"It's clear and undeniable that the incidence of melanoma overall is higher in those with a history of childhood sunburn, of intermittent sun exposure and of sun damage," Jamal says. People still need to watch the amount of sun exposure they are getting.

The second study found that exposure to ultraviolet (tlV) radiation reduced the risk for non-Hodgkin's lymphoma. Like melanoma, this type of cancer has also been increasing worldwide.

The study authors, based in Sweden, looked at the history of llV exposure and other risk factors for lymphoma in 3,000 lymphoma patients and a similar number of controls.

Specifically, a lot of sunbathing and sunburns at around age 20, and five to 10 years before the study interview, were associated with a 30o/o to 40o/o reduced risk of developing non- Hodgkin's lymphoma.

The study authors say it's too early to determine if the link is a causal one. While the link between sunlight and vitamin D is an established one, the idea of a connection between vitamin D and cancer is relatively new, Egan says. There are ways, other than being in the sun, to boost vitamin D. "If people are concerned about their vitamin D production, the answer is to supplement their diets with vitamin D [such as in fortified milk] as opposed to going out and getting more sun," Jamal suggests.

The ABCDs of Skin Cancer

Your ability to spot melanoma, the most deadly form of skin cancer, could make all the difference in your prognosis.

If you notice any of these symptoms, make an appointment with a dermatologist, who can evaluate the moles and explain your treatment options. 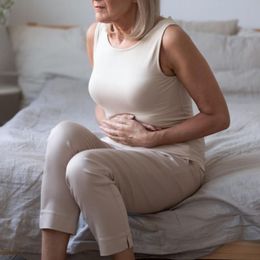 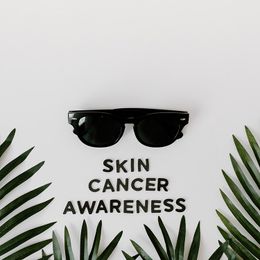