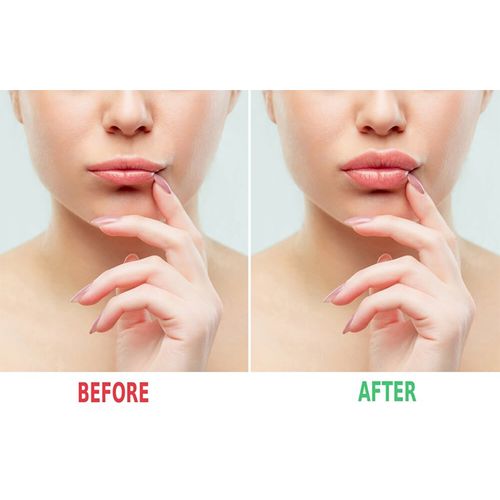 Women who are determined to achieve that bee-stung Angelina Jolie look may want to avoid buying over-the-counter products that claim to provide fuller, poutier mouths. Results of a new study suggest those claims may be little more than lip service.

Researchers at the University of Washington School of Medicine in Seattle found no observable enhancement in a small group of women who used "lip enhancer" products for one to four months. The team used digital before-and-after photographs, but found no statistically significant change in lip size.

While no adverse effects were noted, only 14% of the patients said they would use the product again, says study co-author Dr. Sam Most, an assistant professor of facial plastic and reconstructive surgery.

"Many manufacturers have attempted to take advantage of the public's desire for quick and painless methods of cosmetic enhancement with the promise of results similar to time-tested surgical and non-surgical methods. In many cases, these products are marketed).. as effective without any scientific study, and consumers should be wary of them," says study coauthor Dr. Sam Most, an assistant professor of facial plastic and reconstructive surgery.

Botox injections, which smooth frown lines by prohibiting the contraction of facial muscles, are the fastest-growing procedure in the cosmetics industry, according to the American Society for Aesthetic Plastic Surgery.

But Botox® is made from a weakened form of the same botulinum bacteria that causes botulism, and can cause problems, such as droopy eyelids, bruising and weakness in facial muscles, if administered incorrectly. The American Society for Dermatologic Surgery suggests you take these precautions…

Eye injuries are the most common mishaps when applying cosmetics—especially scratching the eye with a mascara wand, according to the US Food and Drug Administration (FDA),

Advice: Never try to apply mascara while in motion, including as a passenger in a vehicle.

Manufacturers of hypoallergenic cosmetics IV claim their products produce fewer allergic reactions than standard ones, according to the US Food and Drug Administration (FDA).

However, there are no federal standards or guidelines that govern the use of the term hypoallergenic, and manufacturers are not required to substantiate their claims to the FDA.

The term may have considerable market value in promoting cosmetic products, but the FDA cites dermatologists who say the word has very little meaning in the real world.

Which Candy Is Dandy? Chocolate, of Course 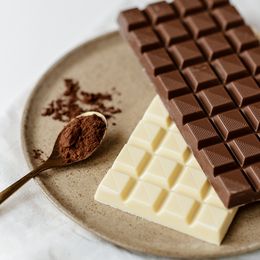