A commonly used treatment for obstructive sleep apnea does more than help sufferers get a good night's rest. It also reduces the symptoms of gastroesophageal reflux disease (GERD). Researchers at Duke University followed more than 300 patients with obstructive sleep apnea for seven years and found that 62% also had nighttime symptoms of gastroesophageal reflux. Those who used their continuous positive airway pressure (CPAP) machines saw major improvements in their reflux symptoms.

"CPAP elevates the pressure on the esophagus and keeps acid from coming back up," says study author Dr. J. Barry O'Connor, a former assistant professor of medicine in the division of gastroenterology at Duke University Medical Center.

In obstructive sleep apnea, the soft tissue located in the back of the throat relaxes and closes the airway.

Because people can't breathe when this happens, they wake up numerous times during the night, though they might not even be aware of it. One of the most effective treatments for sleep apnea is a CPAP machine.

Gastroesophageal reflux affects as many as one in five Americans at least once a week, according to the study. Reflux occurs when acid from the stomach backs up into the esophagus, causing heartburn. Symptoms often occur at night.

However, Karakurum adds, CPAP wouldn't be practical for most patients with reflux, since hoses from the machine are attached to the face during sleep. "The device is cumbersome and uncomfortable." And there are other, easier ways to manage reflux symptoms.

If lifestyle modifications don't work for your reflux symptoms, Karakurum says, there are also effective over-the-counter and prescription medications available.

For more information on obstructive sleep apnea, go to the web site of the American Sleep Apnea Association at www.sleepapnea.org. 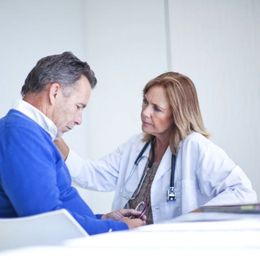