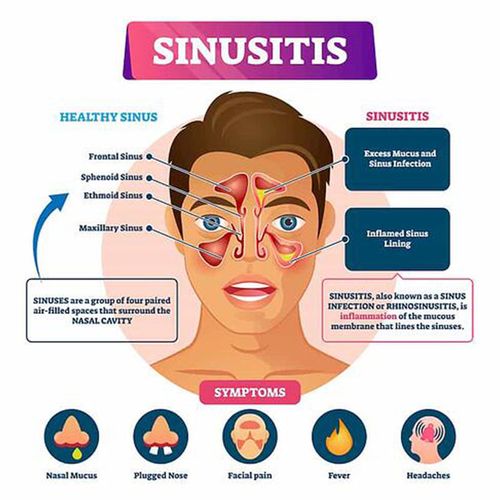 Sinusitis Could Start In the Stomach

Chronic sinusitis is often part of a cluster of health problems that includes asthma and bronchitis as well as serious digestive problems, such as chronic heartburn. Sinusitis also is a cause of sleep apnea temporary cessation of breathing while sleeping), which can indirectly lead to heart attack and stroke. Knowing that these conditions can be connected helps sinusitis sufferers to protect themselves from seemingly unrelated health problems.

When the sinuses become inflamed by infection or allergy, the tissues swell, closing off the airflow and making it difficult to breathe through the nose. As a result of inflammation, mucus turns thick and sticky and can become yellow, green, brown or tan.

The inflammation and infection associated with sinusitis can spread to the respiratory tract and affect the digestive system as well, causing a broad set of health problems called chronic airway-digestive inflammatory disease, which results in…

Mild sinus symptoms should be treated the same way you would treat a cold-with lots of fluids to keep mucus thin and flowing, and plenty of rest (ideally, 12 or more hours each night). An over-the-counter decongestant, such as pseudoephedrine (Sudafed), can relieve stuffiness and pain. Decongestants have stimulant effects and should be used for no more than two days without the guidance of a physician. If used for longer than a few days, decongestants can have a rebound effect, leading to more congestion. Avoid antihistamines unless sinusitis is caused by an allergy

If sinus symptoms last for more than 18 to 72 hours or are accompanied by even a mild fever or nausea, diarrhea, facial swelling or swollen neck glands, or if the pain is severe, see your doctor. You may have a bacterial infection and need to take an antibiotic.

Important: Some sinusitis symptoms are of ten overlooked-headache, typically around the eyes and forehead...persistent cough...hearing loss (caused by fluid buildup in the middle ear), resulting in ringing in the ears (tinnitus)...and toothache (the roots of some teeth are close to the sinuses)

To prevent sinusitis or if it recurs twice a month or more, or if symptoms linger despite treatment, follow a program of self-care that includes…

What to do: Use "normal saline"-a solution of salt water diluted to the same concentration as bodily fluids. Good sterile saline preparations, which are available at drugstores, include Ayr... Breathe ease XL...or Goldberger's Ultra Saline Nasal Mist (available at 800-228-5382, www.goldbergerspharmacy.com).

To minimize dust exposure: Wash bedding weekly in hot water, and place plastic covers or allergen-resistant fabric covers on the mattress and pillows...vacuum at least weekly, with a vacuum cleaner that has a high-efficiency particulate air (HEPA filter...remove carpeting and shampoo area rugs once or twice a year...use sealed wood, plastic and metal furniture and replace drapes with venetian blinds.

To prevent mold exposure: Clean mold-prone areas in and around the shower, kitchen sink and washing machine) with a solution of bleach and water. Because mold thrives in damp places, don't let kitchen and bathroom walls and floors remain wet, and don't let water accumulate around the washer, sink or refrig. erator. Leave the washer door open after use, to let it dry out inside. Repair roof and basement leaks promptly.

To keep sinus membranes from drying out, use a humidifier in the winter to add moisture to the air.

Important: Clean the humidifier at least weekly to prevent the growth of mold and other microorganisms.

When sinusitis persists despite medical treatment and self-help, surgery may be necessary...

What Are the Sinuses?

The sinuses are hollow spaces in the facial bones that surround the nose. Each sinus is lined with mucus to catch bacteria, viruses, fungi and other particles. Tiny hair-like cilia move most of these particles toward the back of the nose and down the throat into the stomach to be destroyed and excreted. 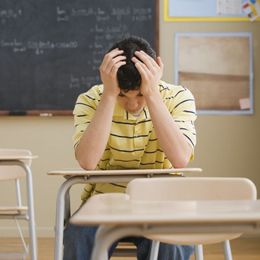 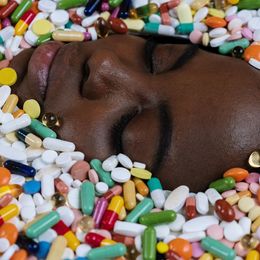