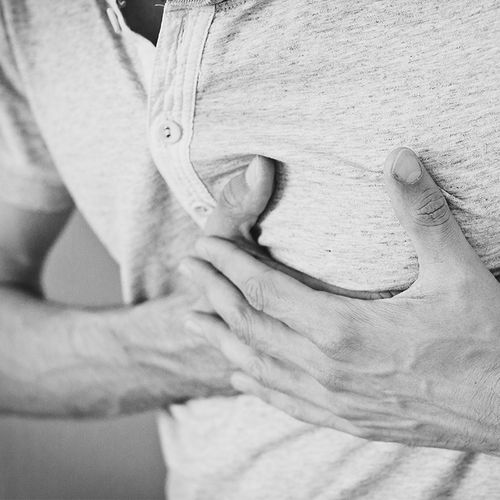 "Silent” Heartburn Can Kill-Here's How to Get Relief…

If you have heartburn, you feel a burning sensation in your chest, usually after eating a meal of spicy or acidic foods. Right?

What you may not realize: Heartburn can occur without causing typical symptoms. With a "silent" form of heartburn known as laryngopharyngeal reflux (LPR), a chronic cough, hoarseness, frequent throat-clearing, difficulty swallowing and/or asthma-like symptoms, such as noisy breathing, are among the red flags to watch for.

Unfortunately, many patients with LPR suffer for years because their doctors mistakenly blame these symptoms on allergies, postnasal drip or other common health problems. Don't let this happen to you or a loved one. Untreated LPR increases risk for asthma, pneumonia-and even potentially deadly esophageal and throat cancers.

It's normal for acids and enzymes in the stomach to surge upward (reflux) into the esophagus (the muscular tube that connects the throat to the stomach). This happens up to 50 times a day in the average adult, often without causing any symptoms or long-term damage. The esophagus is designed to withstand these assaults. But tissues in the throat are more sensitive.

Each episode of reflux causes material from the stomach to surge upward at incredibly fast speeds. At this high velocity, liquid droplets can spray past a valve called the upper esophageal sphincter and into the throat.

Doctors often refer to LPR as acid reflux, but this is somewhat misleading. Some acid does surge upward-but so does pepsin, an enzyme that breaks down proteins during digestion. The actual damage to the throat is caused by pepsin.

People who have LPR will need to follow a strict, low-acid diet to give damaged tissues time to heal and to deactivate any remaining pepsin molecules.

What to do: For two weeks, avoid carbonated beverages, fruit juice and alcohol. During this time, eat only low-acid foods (with a pH higher than 5).

Examples: Fish...tofu...poultry...egg whites...bananas...melon...potatoes (plain or salted, no butter)...vegetables (raw or cooked, no onions, tomatoes or peppers)...milk (low fat, soy or Lactaid Fat Free)...chamomile tea...and water. You can find the pH levels of foods at a number of Web sites, such as www.pick yourown.org/ph_of_foods.htm.

After this period, you can gradually reintroduce other foods, as long as your diet consists primarily of low-acid foods.

When you have an episode of reflux, pepsin molecules cling to tissues in the throat. The pepsin is harmless until it's activated by acid.

It takes only trace amounts of acid to activate pepsin. As long as you continue to consume acid-containing foods and beverages, the pepsin will stay in an active state.

How To Avoid Misdiagnosis

The prevalence of reflux disease, including LPR, has increased by about 4% every year in the last few decades. This increase is thought to be due to obesity, a risk factor for reflux, and higher levels of acidic foods and beverages in the American diet.

Despite the increasing prevalence of LPR, it still can be tough to get a correct diagnosis. You should suspect that you have it if you experience frequent or intermittent difficulty swallowing, hoarseness, persistent post-nasal drip and/or the sensation of a lump in the throat. A cough that often occurs after eating or when lying down is another sign of LPR.

Important: Your family doctor might not be familiar with the symptoms of LPR or its treatments, so it is wise to go to an otolaryngologist (ear, nose and throat doctor) if you think that you may have the condition. He/she will probably be able to diagnose LPR from your medical history and a description of your symptoms.

Most patients with LPR are advised to take standard heartburn medications, such as cimetidine (Tagamet) or omeprazole (Prilosec). However, these medications only partially relieve symptoms for most LPR patients.

A reduced-acid diet is the most effective treatment for LPR. Pepsin is activated at a pH of 5 or lower. (A lower pH indicates a higher acid concentration.)

The majority of patients who follow a low-acid diet (see box) for two weeks, then continue to restrict acidity by mainly eating low-acid foods, can greatly reduce or even eliminate their symptoms. To begin…

Examples: Coca-Cola has a pH of 2.5...and Tab and Diet Pepsi are each 2.9. Even less acidic beverages, such as sparkling water, can lead to reflux due to the carbonation.

I advise patients to avoid all carbonated drinks, fruit juice and alcohol. You can continue to drink coffee-but have no more than one cup each day. If you prefer tea, try chamomile.

My advice: Don't give up fats entirely-just use them in smaller amounts, as though they're seasonings rather than main ingredients.

Example: All the fat in an egg is in the yolk, but a plain egg-white omelet is too bland for most people. For more richness while reducing reflux, add one egg yolk to three egg whites. You also should cut back significantly on cheese, meats, butter, etc.

Examples: Combine strawberries (which are too acidic to eat alone) with low-fat milk. The milk will buffer the acid and keep the total pH where it should be. Similarly, you could combine apple slices (which are acidic) with low-fat cheese.

My favorite combo: A smoothie with bananas, a cup of skim milk and a little plain yogurt (all non-acidic) with some strawberries (acidic).

Also a problem: Fatty nuts (such as macadamia nuts and walnuts) and chocolate.

According to recent research, heartburn symptoms were reduced or eliminated in 77% of patients who were implanted with an experimental device that delivered shocks to the sphincter that's responsible for heartburn, researchers reported at a recent scientific meeting. This approach may allow heartburn patients to take less medication for their condition.

Other foods are idiosyncratic: They cause symptoms in some patients, but not in others. You will have to experiment with foods to discover what causes symptoms and what does not. 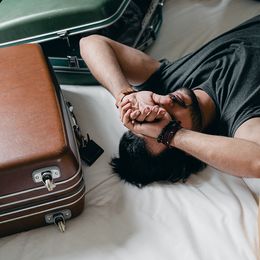 The Simple Cure for Fatigue, Pain and Digestive Distress

Raw? Cooked? How to Eat Your Veggies 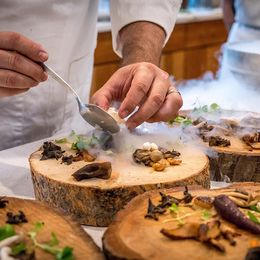