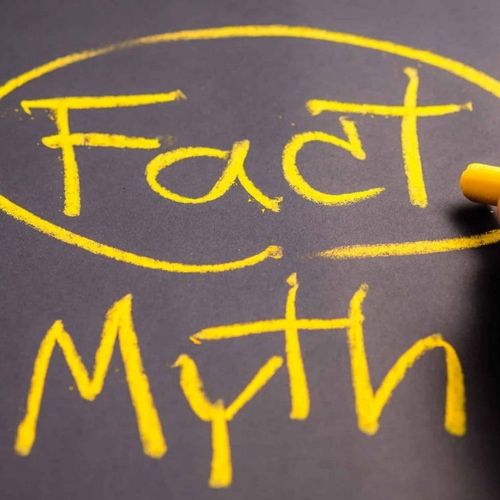 Despite all of the medical information in the media, many people are still misinformed about the realities of cancer. These misconceptions can prevent people from getting appropriate treatment. Here, the truth behind common myths about cancer...

Myth: Cancer is usually fatal. In a recent American Cancer Society (ACS) survey,68o/o of respondents said that they believe the risk of dying from cancer is increasing. Not true. Though the number of Americans diagnosed with cancer has increased (because the US population is increasing and getting older), the risk of dying from cancer has decreased due to early detection and improved treatment. More than half of the people diagnosed with cancer survive the disease-and for some cancers, such as lymphoma and leukemia, the cure rate is between 70% and 80%.

Cancer isn't a single disease. It includes many types of tumors, all of which behave differently. Some tumors, such as those in the breast, are very responsive to chemotherapy and other treatments. Lung tumors are more resistant to treatment. The likelihood of a cure depends not only on the type of tumor but how far advanced it is at the time of diagnosis.

Myth: Cancer runs in families. Only about 8% of cancers are genetically linked. These usually are cancers that occur in younger patients, such as sarcoma or early-onset colon cancer. The vast majority of cancers occur without a known cause or are related to lifestyle.

A family history does increase the risk for certain cancers. For example, if a woman has a first-degree relative (such as a mother or sister) who developed the BRCA1 form of breast cancer at an early age, her risk for getting that cancer is higher.

However, only approximately 10% to 20% of women who are diagnosed with breast cancer have a family history of the disease. That's why it's important for every woman to undergo regular mammograms and do breast self-exams on a regular basis.

Myth: Stress causes cancer. There's a long-standing belief that people who experience a lot of stress or lack a positive attitude are more prone to cancer. A survey of long-term breast cancer survivors in Canada found that 42% attributed their cancer to stress.

This causes many people who have cancer to blame themselves or feel that they always have to be upbeat to prevent a recurrence.

There's no evidence that stress or a negative attitude causes cancer. In a study reported in the journal Cancer, 8,500 people were scored on factors such as fatigue, irritability, etc. After following the participants for almost nine years, on average, researchers found no link between emotional distress and cancer risk.

However, positive thinking may play a role in recovery. Patients who have a positive attitude are more likely to do things that improve outcomes, such as follow medical instructions and maintain a healthy lifestyle.

Myth: Surgery causes cancer to spread. In the ACS survey, 41% of the respondents said they believe that cancer spreads through the body during surgery.

In reality, the risk of cancer spreading during surgery is close to zero. This myth probably started in the days before early detection' It was common for doctors to find advanced cancers during surgery-even in patients who may have had only mild symptoms. Patients and their families concluded that the surgery itself made the disease worse.

Some cancers in the abdomen or ovaries produce large amounts of malignant fluid. In those cases, it's theoretically possible for cancer cells to spread if the fluid leaks into the abdomen during surgery, but there is no actual evidence that that has happened.

Myth: Injuries cause cancer. More than one third of the respondents in the ACS survey thought that injuries such as a bruised breast or a hard fall could cause cancer later in life.

These types of injuries don't cause cancer. 'What may happen is that people hurt a part of the body, see a doctor about the injury and then learn that they have a tumor-but the tumor was already there. The injury just triggered the discovery.

Only a few cancers are caused by certain types of injuries. A serious sunburn during childhood, for example, increases the risk of skin cancer later in life. Chronic reflux disease (heartburn) can burn the esophagus and increase the risk of esophageal cancer.

Myth: It's okay to keep smoking after a lung cancer diagnosis. Some people believe that because the damage is done, they don't have to quit smoking-but those who continue to smoke after a lung cancer diagnosis have significantly poorer outcomes than those who quit. There's also evidence that the chemicals in cigarette smoke interfere with radiation and chemotherapy. Lung cancer patients who quit smoking respond better to the treatments.

Important: Lung cancer is the leading cause of cancer deaths in men and women. Lung tissue gradually returns to normal when people quit smoking. Ten years after quitting, lung cancer risk is reduced to one-third of what it was.

Cell-phone use today is much higher than it was a decade ago. If there were any truth to the cancer/cell-phone link, we would be seeing an increased incidence of brain cancers by now, but that hasn't happened. 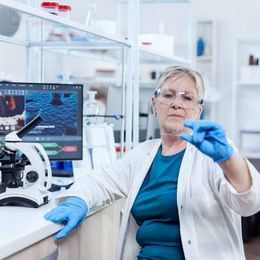 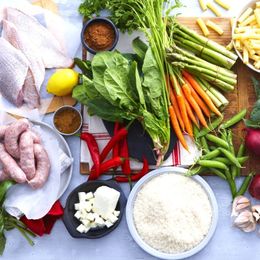