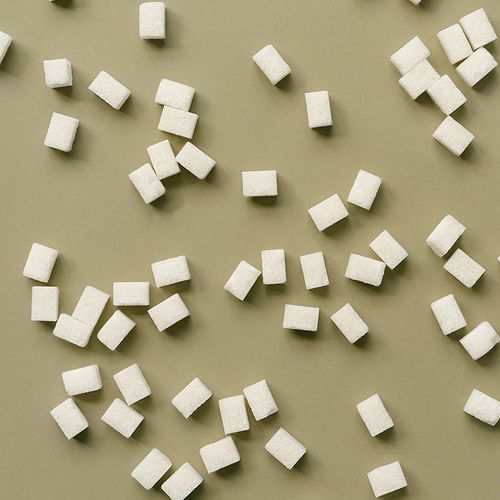 With all the negative publicity that high-fructose corn syrup (HFCS) has been getting, an increasing number of food and beverage manufacturers are beginning to replace the processed sweetener with old-fashioned white sugar in products ranging from tomato sauce and soft drinks to salad dressing and bread.

But is sugar really more healthful than HFCS? The truth is, it can be harmful as well.

That's because every time a person eats a gooey donut packed with sugar or downs some other refined carbohydrate, such as a fluffy roll packed with bleached white flour, it can wreak havoc with his/her blood sugar (glucose levels We all know that elevated glucose levels can result in diabetes, but that's not the only risk.

Latest development: There is growing scientific evidence that consistently high levels of blood sugar may be linked to an increased risk for, and faster progression of some cancers.

What you need to know: Reducing one's intake of any type of processed sugar and refined carbohydrates could reduce cancer risk and enhance cancer treatments in those battling the disease, according to many experts. Interestingly, the nutrients in fresh and frozen fruit, which are high in natural sugar, have been linked to reduced cancer risk.

The researchers found that men with the highest blood glucose levels had a significantly higher risk of developing and dying of such cancers as those of the liver, gallbladder and respiratory tract than those with the lowest glucose levels. Women with the highest glucose levels had an increased risk of developing cancers of the pancreas and bladder and dying of cancers of the pancreas, uterus, cervix and stomach. In general, cancer risk increased right along with blood glucose readings for both men and women.

These risks were independent of body weight-an important point, since doctors have traditionally attributed any potential link between cancer and high intakes of dietary sugar and other refined carbohydrates to obesity, a known risk factor for various cancers.

The mechanisms linking high sugar intake to increased cancer risk are still being studied. But the likeliest reason is that it leads to higher circulating levels of insulin, as well as a related hormone, known as insulin-like growth factor, both of which scientists think may promote the growth of some cancers, including malignancies of the pancreas and colon.

Even though the scientific evidence linking cancer to sugar consumption is not yet definitive, I believe that it's prudent for everyone to take steps to regulate blood glucose levels to reduce cancer risk. It's also wise for cancer patients to follow these steps, as an adjunct to their cancer treatment, to help the disease from progressing. My advice…

Important: Do not limit the amount of colorful fruits and vegetables you eat-the fiber phytochemicals help prevent cancer.

Good choices include: Legumes...nuts and seeds...low-fat proteins, such as fish, chicken and lean beef (some fatty fish, such as salmon, have fatty acids that may help guard against cancer)...cheese...non-sweetened yogurt...eggs... low-GI vegetables, such as artichokes, asparagus, bell peppers, broccoli, Brussels sprouts, cabbage, cauliflower and onions...and low-GI fruits, such as cherries, grapefruit, plums, apricots and oranges. To check the GI of various foods, consult the Glycemic Index and GI Database Web site at www.Glycemicindex.com.

My advice: If you have cancer and receive intravenous nutrition at any point during your treatment, ask your doctor about receiving a low-glucose solution (40% glucose) to help control your glucose levels and replacing the calories with protein (amino acids) and fats (lipids). The typical IV solution is 75% glucose.

Important: If you have a chronic medical condition or take any prescription medication, be sure to consult your doctor before taking these or any supplements.

There's also growing interest among scientists as to whether drugs that affect blood glucose mechanisms can be used to treat cancer. For example…

Important finding I: A small study in Japan, which was published in Cancer Prevention Research, found that when people with precancerous colorectal cells received a low dose of the diabetes drug metformin Glucophage) - which works, in part, by reducing circulating insulin levels-for one month, these cells were significantly reduced, compared with those in a control group.

More extensive trials of metformin's effects on lung, prostate and breast cancers are now being coordinated by the National Cancer Institute.

Important finding II: In a study published in The Journal of Biological Chemistry in 2010, researchers reported that by tweaking the structure of the experimental diabetes drug ciglitazone, they produced a compound that killed prostate and breast cancer cells in the lab by preventing glucose from entering the cancer cells and by suppressing their ability to metabolize glucose. More research on the drug is under way.

Remember: If you're getting too much sugar in your diet, diabetes may not be the only potential threat to your health. 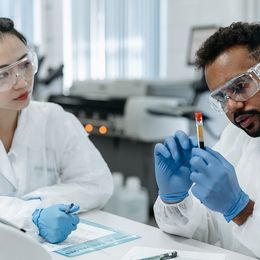 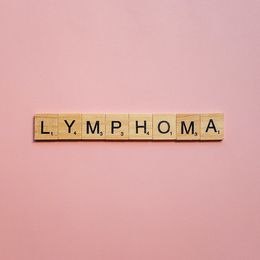