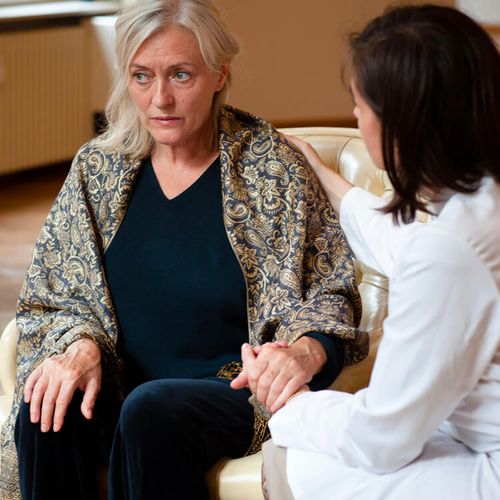 Alzheimer's disease was first identified 100 years ago, but only recently have significant breakthroughs been made in recognizing the sometimes subtle mental deficits caused by the condition.

Important development: With sophisticated new brain scans and neurological tests, doctors are now able to identify telltale signs of this dreaded disease in its early stages, when treatment is potentially most helpful. What you need to know...

With normal aging, our brains begin to shrink a few cells at a time, which slows brain functioning. In patients with early-stage Alzheimer's, however, a much more insidious process occurs. For reasons that are not well understood, abnormal accumulations of protein fragments and cellular material (plaques) that contain an insoluble protein called beta-amyloid develop, as do brain-damaging bundles of neurofibers known as neurofibrillary tangles. Memory lapses occur as a result of normal aging, the information can almost always be retrieved at some point later. With early-stage Alzheimer's, however, memories of recent events—those that have taken place in past weeks, days or even hours—completely disappear.

Lesser-known symptoms that also characterize Alzheimer's in its early stages…

People who have early-stage Alzheimer's also may have trouble making even simple decisions ...take longer to perform routine tasks...or experience a change in personality (such as a person who is ordinarily very sociable becoming a recluse).

Important: Many early-stage Alzheimer's symptoms are similar to those caused by depression. Imaging tests, as well as a family history of either condition, can be used to distinguish the two.

During moderate-stage Alzheimer's disease, the patient may become less concerned with personal appearance...confuse the identities of family members (for example, thinking one's wife is one's sister)...hear, see or smell things that are not there. ..and/or need help with basic hygiene.

Late-stage Alzheimer's is typically characterized by loss of bladder and bowel control...an inability to recognize close family members...difficulties chewing and swallowing...and a need for total assistance with activities of daily living, such as eating, using the toilet, bathing and dressing.

People who are concerned about memory loss—or experience two or more of the symptoms listed above for early-stage Alzheimer's—should be evaluated by a neurologist, psychiatrist and/or psychologist to rule out treatable conditions that can mimic Alzheimer's. These include nutritional deficiencies (especially those involving vitamin B-72 and folate)...metabolic or hormonal disorders caused by diseases of the liver pancreas or kidneys...lung problems that reduce oxygen flow, such as emphysema or pneumonia ...and alcohol abuse. Certain drugs, such as tranquilizers and antidepressants, also can cause Alzheimer's-like symptoms.

A brain autopsy is the only definitive way to diagnose Alzheimer's disease, but doctors can now make a "probable diagnosis" that is accurate about 90% of the time by using high-tech brain scans and behavior and memory tests.

If a person is diagnosed with Alzheimer's, medication is usually started right away to help slow the progression of the disease as well as curb or stabilize the symptoms. Alzheimer's drugs include donepezil (Aricept), rivastigmine (Exelon) and galantamine (Razadyne). Side effects, such as diarrhea, nausea, appetite loss and insomnia, usually are mild and often diminish within a few months. More recently, memantine (Namenda) has been approved for the treatment of moderate and severe Alzheimer's.

Certain health habits are believed to help protect against Alzheimer's… 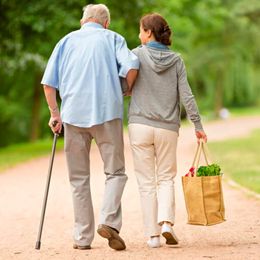 Walk Away From Dementia 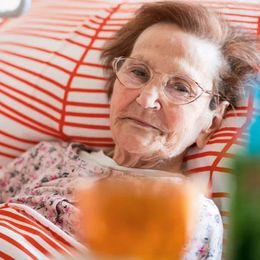