With all the controversy now surrounding testing and treatment for prostate cancer, it's no wonder that men are confused.

When should a prostate-specific antigen (PSA) test be repeated or a biopsy given? And when is surgery indicated for prostate cancer?

Mark Scholz, MD, one of about 100 medical oncologists across the US who specialize in treating prostate cancer, answered these important questions…

What do you believe is the biggest misconception surrounding prostate cancer?

Even with all the discussion about so-called "watchful waiting" (active surveillance) and other treatment options for men with prostate cancer, far too many of them still assume that they need surgery. But that is not true. Research shows that out of 50,000 radical prostatectomies (removal of the prostate) that are performed every year in the US, more than 40,000 are unnecessary. In other words, these men would have lived just as long with as good a quality of life had they not had surgery.

Why is this so?

Prostate cancer is different from other cancers. It generally grows more slowly and rarely spreads to vital organs. It can be detected early and monitored in most cases. Treatments for prostate cancer also are typically more effective than for other cancers.

But what about the rougbly 30,000 men in the US who die of prostate cancer each year?

Prostate cancer isn't just one disease. Men with a low-risk malignancy should get mild treatment or no treatment. Those with aggressive disease should have aggressive treatment. We've learned to be very good at telling the difference through testing.

Sadly, however, surgery for prostate cancer causes impotence up to half the time, which is a very strong argument for being more selective!

Is screening a good step toward being more selective?

The PSA test, which is used to screen for prostate cancer, provides useful information. But some doctors may overreact to the results, leading to unnecessary biopsies. I recommend starting PSA testing at age 40 to determine your normal baseline, then testing every two to three years (assuming PSA remains low). Then, after age 50, men should switch to annual testing.

Biopsies are also tricky. If you were to perform biopsies on all men, you would find that 30% of men age 50 and 70% of those over age 80 have at least microscopic evidence of a malignancy. And once prostate cancer is diagnosed, I've observed that fear drives most men into immediate radical treatment whether they need it or not.

When should a man have a biopsy?

If a man's PSA is elevated (typically 4 nanograms per milliliter or above), the PSA test should be repeated. Labs make mistakes, and false positives can occur as a result of factors such as prostate infection or even recent sexual activity--that is, ejaculation within the past 24 to 48 hours.

A different test, for PSA density-a quotient calculated by dividing PSA by prostate volume as determined by ultrasound-gives a better idea of whether significant cancer is likely. So does PSA velocity-a calculation of the rate at which PSA has risen over a given period of time. A steep rise over previous PSA results should be taken more seriously. The decision to proceed with a biopsy is based on a consistently elevated, or consistently rising, PSA after repeated testing while weighing the impact of an enlarged prostate if one is present.

A relatively new genetic test, known as PCA3, which measures urine levels of a compound that is overproduced by prostate cancer cells, can reflect tumor size and aggressiveness. PCA3 is widely available and is about as accurate as a properly interpreted PSA, but because prostate size does not have to be taken into account, it is easier for the doctor to interpret.

A suspicious nodule felt during a digital rectal exam also deserves a biopsy.

If cancer is detected in the biopsy, then what?

The first step is to determine the cancer type, which will aid decision-making on treatment options. Prostate cancer is categorized as low, intermediate or high risk, referring to the likelihood that cancer will return after surgery or radiation. Treatment should be chosen accordingly. The standard calculation takes into account the Gleason score (a measure of the tumor's aggressiveness)...percentage of biopsy samples that were positive...PSA level, density and velocity...and the presence of nodules found by a digital rectal exam. About 40% of prostate cancers are low risk, 40% intermediate risk and 20% high risk.

It's low-risk cancer where you see the most overtreatment. About 94% of men who have this type of prostate cancer opt to have the prostate removed (largely for peace of mind), even though it extends life in only one out of 100 cases. The whole prostate gland has to be removed because scarring caused by surgery makes it impossible to remove residual disease on a second attempt.

The better alternative is active surveillance. This involves quarterly PSA testing and repeat biopsies every one to three years. Other testing may include sophisticated imaging and genetic tests. If these tests show detectable tumor growth, then it's time to start treatment.

How would you treat intermediate- and high-risk prostate cancer?

High-risk cancer demands aggressive treatment, such as radiation combined with "seeds" implants placed directly within cancerous tissue or tumors that deliver radiation therapy) and hormone therapy. Even though these treatments do have side effects, they are typically preferable to surgery, since surgery often leaves some cancer behind, which then requires radiation and hormone therapy.

Intermediate-risk cancer is the hardest to treat because in this case, an array of treatment options are available, so it's difficult to choose one. Active surveillance alone may be an option, but there's a 5% chance that during the next 10 years, the cancer will progress rapidly enough to need more aggressive treatment than it would have originally or will no longer be curable. Another possible treatment is a year or more of hormone therapy to shrink the tumor, followed by active surveillance. Or, as an alternative, radiotherapy with implanted seeds can be used.

Both approaches have downsides-hormone therapy, which lowers testosterone levels, causes temporary loss of libido and may include side effects such as hot flashes and weight gain, plus the uncertainty of waiting and the possible need for further treatment. Lasting impotence follows seed implants one-third of the time, and painful urination may persist. Bowel side effects, including diarrhea and rectal irritation, may occur and last two to six weeks. I tailor my recommendations for intermediate-risk patients based on individual characteristics, with surgery usually at the bottom of the list.

When is surgery the best choice?

Rarely, in my opinion. Surgery (whether open or laparoscopic) is no more effective than radiotherapy and more likely to cause impotence or incontinence. Surgery may be indicated to remove a prostate that's too big to irradiate properly or for someone with a history of urinary tract problems that could be worsened by radiation.

How can a man with prostate cancer get the best care?

Don't just follow the advice of your urologist. Urology is a surgical specialty, so these doctors typically think that surgery is the best approach.

A medical oncologist, whose training is geared toward the use of medicines rather than surgery to treat cancer, may help you consider more of your options in a relatively unbiased way. The best place to find a medical oncologist is at a university medical center or comprehensive cancer center. If possible, see an oncologist who specializes in prostate cancer. 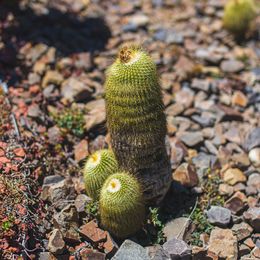 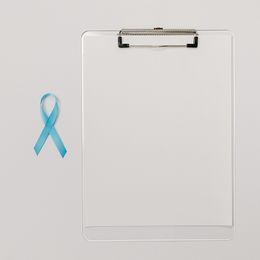