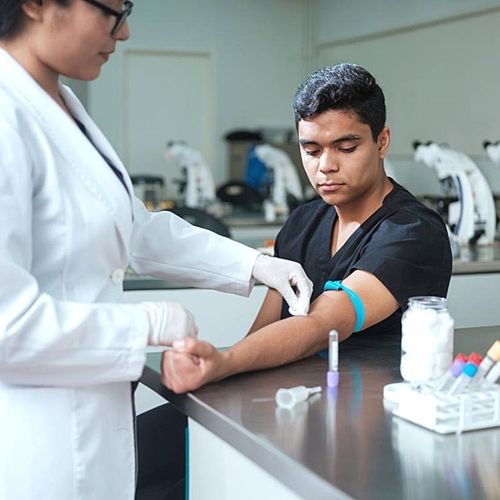 Since its introduction 20 years ago, the prostate-specific antigen (PSA) blood test has become a key tool in screening men for prostate cancer.

Until the PSA test, men received only a digital rectal exam (DRE), in which the doctor inserts a gloved, lubricated finger into the rectum to feel the prostate for lumps and thickenings that suggest a tumor.

The PSA test became popular because it can help detect some prostate cancers earlier than the DRE alone. An elevated level of the PSA enzyme doesn't necessarily mean that cancer is present, but it can indicate the need for a biopsy.

Yet now after years of use, experts disagree about whether men should receive routine PSA testing. Some medical groups, such as the American Urological Society and the American Cancer Society, advocate annual screening for all men age 50 and over—and starting at age 40 or 45 for those at high risk (African-Americans and men with a family history of the disease). Other groups, including the American Medical Association, advise doctors to spell out the risks and benefits of PSA testing and let the patients decide. Unfortunately, few men have all the facts about PSA testing. What men need to know…

PSA is produced by the walnut-sized prostate gland. 'When cancer is present, the prostate secretes more PSA than usual. But cancer isn't the only reason for increased PSA levels. Infection or the enlargement of the prostate that accompanies aging, known as benign prostatic hyperplasia (BPH), can do the same thing. Even ejaculation within 48 hours of the test can affect PSA levels. That's why PSA levels can be difficult to interpret.

What's a "normal" PSA level? Until the last several years, it was defined as below 4.0 ng/ml, but newer data on prostate cancer have made it clear that a man's risk often rises at lower PSA levels. Many experts now say that 2.5 or below is normal for men in their 40s...up to 3.5 for those in their 50s...up to 4.5 for men in their 60s...and up to 6.5 for men 70 and older. (PSA levels naturally rise with age—even in the absence of cancer.)

Another way of looking at PSA is a matter of percentages—one-third of men with a PSA level between 2 and 4 have prostate cancer...44% when the level is 4.1 to 7...and one-half have the disease at a PSA level of 7.1 to 10. Above 10, the chance that a man has prostate cancer rises to two-thirds.

WHAT'S WRONG WITH THE PSA?

Since screening with the PSA test (followed by other tests, such as biopsy, when indicated) catches most cancers—and early detection is generally desirable—why do many experts question whether men should have the PSA test?

The answer isn't simple, because prostate cancer isn't simple. Most prostate tumors grow very slowly, if at all—and are best left alone because they are unlikely to lead to death. Other prostate cancers need aggressive treatment to keep them from spreading. In these cases, early detection can mean the difference between life and death.

How can you tell the difference? You can't with certainty. That's why a substantial number of prostate cancers—found with the help of PSA testing—will be treated even though they are not life threatening. Treatment generally means surgery to remove the prostate and/ot radiation to kill the tumor. These treatments carry significant risks for impotence and urinary incontinence.

Proponents of the PSA test point out that prostate cancer deaths have declined in the years since the test has been widely used. However, PSA skeptics say that this trend could also be the result of better treatment, not just better diagnosis.

In recent years, several variations on the PSA test have been used to improve its accuracy at indicating prostate cancer and limit the number of men who are advised to receive a biopsy.

Drawback: Measuring the prostate requires rectal ultrasound, a procedure that involves placing a thumb-sized probe into the rectum.

WHAT TO EXPECT FROM A BIOPSY

If your PSA results are abnormal, the next step is a biopsy. Some men receive one as soon as possible, while others wait several months and repeat the PSA test. The results of a second PSA test are different enough to warrant a third PSA test in less than 20% of cases, but it is often worth waiting for this confirmation.

Important: If your doctor suspects a prostate infection (from a clinical exam and bacterial culture), he/she should prescribe a course of antibiotics before repeating the PSA test.

If a biopsy is indicated, your doctor will refer you to a surgeon, who will perform the procedure.

What the biopsy involves: While you lie on your side, the surgeon inserts an ultrasound probe through your rectum. A needle-like device is guided through a hole in the probe to take tiny tissue samples from the prostate for examination under a microscope. An estimated 40% of surgeons only take six tissue samples, which allows cancer to be missed 30% to 50% of the time. That's why it's crucial for the surgeon to take at least 12 tissue samples, which decreases the false-negative rate to less than 20%.

Important: Injecting local anesthesia into nerves at the base of the prostate makes the procedure less painful. Not all surgeons are familiar with this technique. Before the biopsy, make sure that local anesthesia is available.

Following the biopsy, there may be slight soreness in the area around the rectum for a few days.

The risk for infection from the biopsy is 1%. To minimize this risk, surgeons should give an antibiotic beforehand.

Most of the estimated 192,000 prostate cancers diagnosed in the US each year are found when the malignancy is still confined to the prostate. Choosing a treatment at this stage isn't simple.

Active treatment—surgery and/or radiation—is highly effective, but side effects, including impotence and urinary incontinence, are common. A majority of men who undergo treatment will develop impotence either immediately or within five years. On the other hand, treatment may not even be required. While some prostate cancers are indeed dangerous and must be treated quickly and aggressively, others cause no harm. Unfortunately, it's impossible to say with certainty whether treatment—or no treatment—is more desirable.

The most misunderstood option in treating prostate cancer is "watchful waiting." Many men believe that it means "doing nothing." It does not. \tratchful waiting means following the cancer very closely. It aims to minimize unnecessary treatment of tumors that cause no trouble while taking precautions to avoid giving an aggressive cancer a dangerous head start.

The most obvious candidates for watchful waiting are men whose age (typically 70 and older) and other illnesses (heart disease, for example) make it unlikely that they will live long enough to suffer ill effects from the prostate malignancy. But refinements in diagnosis have made watchful waiting a reasonable choice for some younger men as well—if it's done properly. Here's how…

Prostate-specific antigen, the protein produced in excess by prostate tumors, also may be taken into account. When the PSA is under 10, watchful waiting may be a possibility. Past 20, few doctors would advocate it. A PSA of 10 to 20 falls in a gray zone.

The most common treatments for localized prostate cancer (surgery and radiation) are comparably effective—the cancer doesn't come back in the vast majority of cases—and they both carry similar (and substantial) risks for impotence and urinary incontinence.

With laparoscopic surgery, the entire prostate is removed, but the operation is done through a thin tube, or laparoscope. It's less invasive than conventional surgery and involves less blood loss.

Men seem to recover more quickly with laparoscopic surgery (about three weeks versus six weeks for standard prostatectomy|), and some reports suggest that there's a better chance of preserving potency—but neither has been definitively shown.

Latest development: With robotic laparoscopic surgery, the surgeon watches the operating field on a screen and manipulates surgical instruments with precision controls. It takes years of training and experience to become truly adept at robotic laparoscopic surgery—there are few such experts nationwide. But most surgeons skilled in conventional prostatectomy can quickly master the robotic technique. It appears to be as effective as other types of surgery but studies are ongoing.

Latest development: Intensity-modulated radiation therapy (IMRT) finely adjusts an external radiation beam to conform to the shape of the tumor. And seeds nov/ can be targeted more precisely with ultrasound imaging. Side effects include irritation to the bladder or rectum.

The tissue-freezing instrument (cryoprobe) is smaller than before (the diameter of a pencil lead rather than a pencil), and the temperature can be adjusted more precisely, which reduces damage to other tissues.

Cryotherapy is far less invasive than surgery, and recovery is much shorter—only a week or two. For five to seven years after the procedure, studies show, survival and cancer control with cryotherapy are comparable to that offered by surgery or radiation. Cryosurgery is less likely to cause lasting urinary incontinence than other procedures. 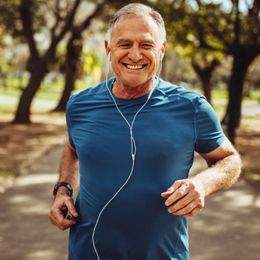