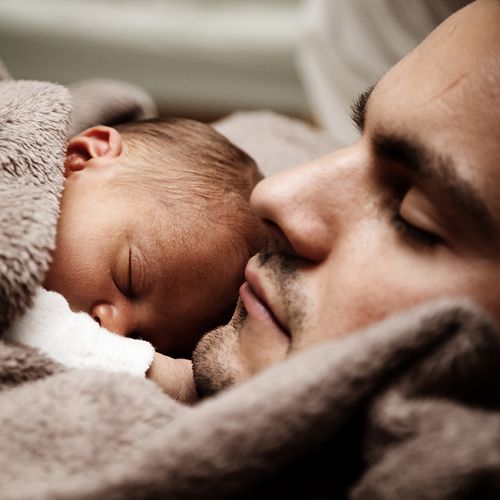 Almost as many new fathers as mothers suffer depression after the birth of a child, a new study shows. About 14% of mothers and 10% of fathers showed signs of moderate or severe postpartum depression, according to the study, which followed more than 5,000 members of two-parent families.

"There have been a few small studies in the last two years showing this, but nothing has been known on a national basis," said study leader Dr. James F. Paulson, an assistant professor of pediatrics and psychology and behavioral sciences at the Eastern Virginia Medical School Center for Pediatric Research.

New parents who participated in the study filled out questionnaires and were interviewed to determine whether they showed symptoms of depression. Their relationships with their children were determined by questioning such practices as breast-feeding, putting the child to bed on his or her back, and whether the parents read to, played peek-a-boo with or sang to the child.

"What we found in this study is that basic day-to-day interactions were impaired in fathers, just as they were in mothers," Paulson said. "Also, basic activities were impaired."

Fathers usually feel elation after a birth, but that feeling of "engrossment" can fade away, depending on family circumstances, said Dr. William Coleman, a professor of pediatrics at the University of North Carolina and chairman of the American Academy of Pediatrics committee on the psychosocial aspects of child and family health.

That can happen "if the mother is very, very controlling and wants the baby all to herself," Coleman said. "Also, fathers can experience frustration, sexual and emotional, if they forget to remember that the wife is not interested in sex at that time. If the wife is very motherly and maternal, he might feel kind of useless, on the periphery."

Depression in a father leads to a well-known pattern of behavior, Coleman said. "He tends to work longer, to watch sports more, to drink more and be solitary," he said.

"Physicians do a very poor job asking about or detecting postpartum blues in the mother, and they may not even see the father," he said. "They might detect the mother's feelings, but may not even ask the father."

One problem in detecting postpartum depression in fathers is that "pediatricians are not told to inquire about adult issues," Coleman said. "It is a silent game." 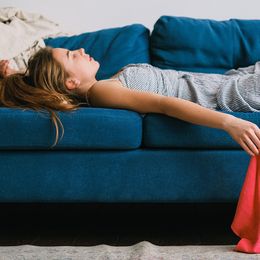