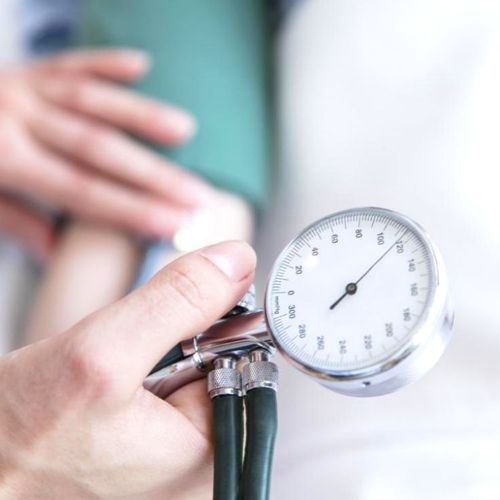 Poor Blood Flow May Raise the Risk of Dementia

Reduced blood flow to the brain may play a role in dementia in seniors, Dutch researchers report.

They believe that a chronic drop in cerebral blood pressure-resulting in declines in the delivery of oxygen and glucose, which are vital to brain functioning-causes brain damage that can trigger the onset of dementia.

In the study, Dr. Aart Spilt, director of the department of radiology at Leiden University Medical Center in the Netherlands, and his colleagues focused on a group of 17 Dutch patients, all older than75 years of age and all diagnosed with late-onset dementia.

Results were compared with similar tests that were conducted on a group of 16 men and women of similar age who did not have dementia. A third group of 15 healthy young men and women (averaging 29 years of age) was also tested.

As expected, the researchers found that the younger group had greater brain blood flow and less evidence of brain damage or scarring than either of the older groups.

When looking solely at the elderly patients, however, those who had dementia had significantly more structural brain damage and significantly less brain blood flow than the patients who did not have dementia.

As measured in milliliters (mL), the dementia patients had an average cerebral blood flow of 443 mL per minute-108 mL per minute less than the healthy elderly group.

"I think it's surprising, but we see more and more evidence that blood flow is more important in the developing of dementia in older men and women than what was previously thought," says Spilt.

Dr. David Yousem, director of the department of neuroradiology at Johns Hopkins University in Baltimore, expresses confidence in the study conclusions.

"Basically, there has been a debate about the degree to which blood flow to the brain contributes to the onset and severity of dementia," Yousem notes. 'And this study strongly suggests that blood flow is one of the components that has to be factored in when a patient develops dementia-be it Alzheimer's or other dementias."

Impaired brain blood flow can result from heart failure or other cardiovascular problems, such as a narrowing of either brain or neck arteries due to atherosclerosis.

According to the Dutch team, late-onset dementia shows clear associations with both structural brain damage and decreased cerebral blood flow.

Although elderly patients often have reduced blood flow as a result of diminishing brain activity, Split says the normal aging process does not account for the striking differences observed in blood flow between the healthy elderly patients and the dementia Patients.

Ideally, future studies could follow up on this finding by tracking healthy patients over a one to five-year period, watching to see how blood flow changes correlated to the development of dementia over time, Spilt says. 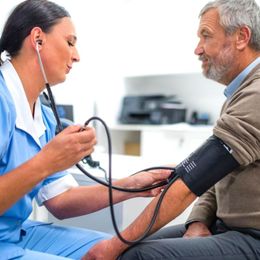 Hidden Cause of Mental Decline 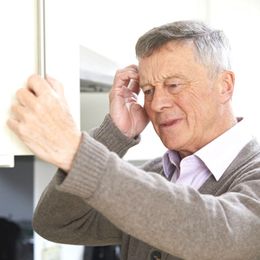