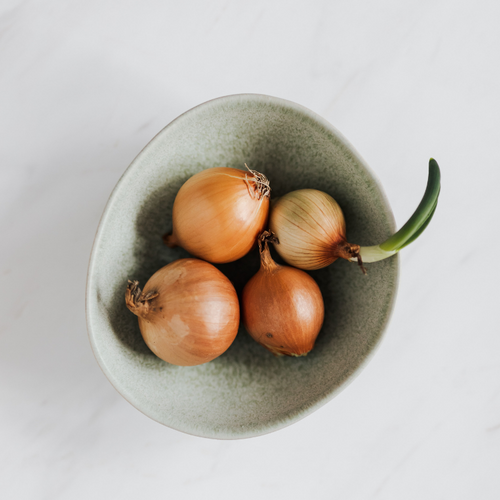 What fewer people realize: There are several lesser-known spices that not only give foods wonderful flavors, but also offer significant health benefits." In some cases, spices can be just as helpful as medication for people with certain conditions—and safer.

*Check with your doctor before using any of the spices mentioned in this article for medicinal purposes. The natural compounds found in spices may interact with some prescription drugs. Pregnant and nursing women should avoid using spices medicinally.

Oregano helps alleviate osteoarthritis and other inflammatory conditions, such as rheumatoid arthritis. You might be surprised to learn that this favorite spice of Italian cooking contains natural compounds that have many of the same effects as the powerful anti-inflammatory COX-2 inhibitor drug celecoxib (Celebrex).

In addition, oregano contains dozens of other anti-inflammatory compounds that act as muscle relaxants and pain relievers. Unlike celecoxib, which may increase heart attack risk in some people, oregano actually protects the heart by helping to prevent blood clots and irregular heart rhythms.

Best uses: Use oregano liberally on salads or on pizzas. Oregano also can be mixed with peppermint and/or spearmint for a hot or iced mixed-herb tea. If you prefer to take an antiinflammatory supplement, oregano is one of the half dozen spices in a product called Zyflamend Cits ingredients also include rosemary and turmeric). The herbs in Zyflamend act synergistically to provide a more powerful effect than each would when used individually. Zyflamend can be purchased in health-food stores and online. Follow label instructions.

Calendula, or marigold, contains powerful plant-based carotenoids-particularly lutein and zeaxanthin-that help protect the eyes. In addition to being powerful antioxidants, these two compounds absorb damaging blue-light wavelengths from the sun. Increased intake of lutein and zeaxanthin has been associated with reduced risk for cataracts.

Best uses: Calendula makes an excellent addition to homemade vegetarian soup. If you prefer to use calendula in supplement form, follow label instructions.

Onion contains blood-thinning compounds, all of which have a blood pressure-lowering effect. One of the most potent of these compounds is the flavonoid quercetin. Onion also acts as a natural diuretic, which lowers blood pressure by helping the body excrete excess fluids and salt.

Best uses: If possible, use a full onion (all types contain some blood pressure-lowering compounds) in onion soup, for example.

Reason: The onion's thin outer skin is the plant's best source of quercetin. Onion powder and cooked onions are not as effective as fresh onion.

Research shows that people who take quercetin as a supplement can lower their blood pressure in less than a month. In a double-blind study, people with hypertension who took 730 mg of quercetin daily for 28 days lowered their systolic (top number) blood pressure by an average of 7 mm HG and diastolic (bottom number) by 5 mm HG.

Fennel seed is surprisingly effective at relieving indigestion. If I get indigestion, I pick some fennel seeds from the fennel plant in my garden. Fennel is easy to grow, and it keeps coming back year after year. In my experience, it can settle the stomach as well as many over-the-counter products.

Fennel seed relaxes the smooth muscles that line the digestive tract, relieving flatulence, bloating and gas, as well as nausea and vomiting, motion sickness and abdominal pain. If you don't want to grow your own, store-bought fennel seed also works well.

Best uses: Fennel seed can be eaten whole it tastes and smells similar to anise) or made into a tea by pouring boiling water over it (use one gram to three grams of fennel seed-about one-half to one and one-half teaspoons-per cup). To sweeten the tea, molasses or honey is the best choice.

Caution: Because fennel seed can increase estrogen levels, it should be avoided by women who are pregnant or breast-feeding or who have an estrogen-sensitive medical condition, such as estrogen-responsive breast cancer.

Garlic For The Common Cold

While the research on garlic's positive effect on cardiovascular health is perhaps most widely known, this popular allium also boosts immunity, helping to prevent and treat the common cold.

In one study of nearly 150 people who took a garlic supplement or placebo for 12 weeks during cold season, those taking the garlic had significantly fewer colds (or symptoms that eased more quickly in cold sufferers) than those taking a placebo.

Best uses: To help cure or prevent a cold, add a clove or two of garlic to all soups...sprinkle garlic powder on toast...and/or mix diced raw garlic with olive oil and vinegar.

Saffron, a spice derived from a small, blue crocus, acts as a potent antidepressant and has been used for centuries in traditional medicine for this purpose. No one is sure how it works, but its active ingredient, crocetin, appears to enhance blood flow to the brain.

Research conducted in Iran has shown that 30 mg per day of saffron powder (about one-tenth of a teaspoon) relieved mild-to-moderate depression as effectively as standard doses of the antidepressant medications fluoxetine (Prozac) and imipramine (Tofranil).

Best uses: One of the world's most expensive spices, saffron can be used in herbal tea or chicken paella. A five-gram bottle of Exir Pure Saffron Powder is $41 at www.amazon.com. 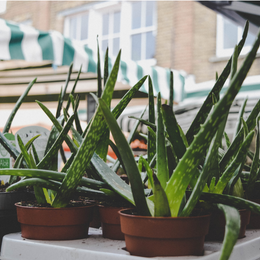 The Wonders of Aloe 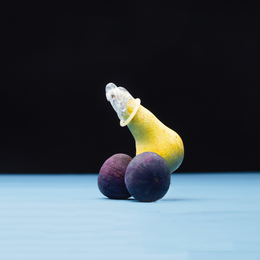