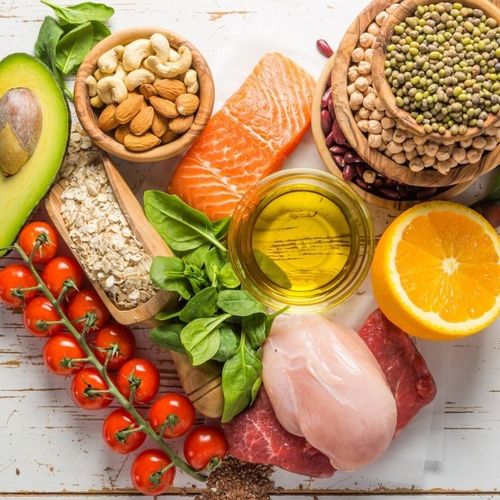 Say omega and most people probably think of the healthful omega-3 fatty acids we generally need to get more of...or maybe the omega-6s, which we also need but tend to get way too much of. Yet lately another omega has researchers abuzz. It's omega-7-and it shows great potential for boosting health in several important ways. It even appears to help control appetite! So why hasn't it been on our radar until now? Because it's relatively uncommon in foods and scientists are just beginning to recognize its possible importance.

Jennifer Sygo, RD, a dietitian with the Cleveland Clinic Canada in Ontario, discussed the latest research on omega-7 and how we can use it to our advantage.

Omega-7s (like omega-3s and omega-6s) are fatty acids in the family of unsaturated fats. ''Although much of the research has been conducted on animals, several recent human studies have shown promise," Sygo said. For instance, omega-7 appears to...

• Improve insulin sensitivity, which can help protect against type 2 diabetes.

• Reduce inflammation in the body (as measured through a common blood test for C-reactive protein).

• Help control appetite. A recent animal study found that, compared with rats who were fed a placebo, rats who were fed omega-7s ate significantly less-without showing any signs of ill effects. The researchers hypothesized that the omega-7s increased levels of hormones that enhance feelings of fullness and satiety.

The type of omega-7 that's of greatest interest when it comes to health benefits is called palmitoleic acid. While there aren't a lot of food sources, it is found in cold-water fatty fish (salmon, tuna, sardines, mackerel, trout)...macadamia nuts... and an orange-colored, grape sized fruit called sea buckthorn berries.

What's tricky about palmitoleic acid is that, in foods, it's often found alongside a saturated fat called palmitic acid (aka palmitate or sodium palmitate). "Research suggests that palmitic acid, which is particularly abundant in palm oil but also exists in dairy foods and meats, promotes inflammation throughout the body and can ultimately contribute to heart disease, type 2 diabetes and cognitive decline over time," Sygo said.

Given that palmitic acid is not something you want to get a lot of, wouldn't it make sense to supplement with palmitoleic acid alone, rather than eat omega-7-rich foods and thus get both components? Perhaps someday-but for now, Sygo said, it's too soon to recommend omega-7 supplementation. For one thing, most of the omega-7 supplements currently on the market, such as those made from sea buckthorn berries, contain both palmitic acid and palmitoleic acid.

For another thing, unlike the isolated nutrients in supplements, foods provide a complex combination of components that may have as-yet-unappreciated benefits. For instance, sea buckthorn berries contain lots of antioxidants and 12 times as much vitamin C as oranges. Sygo added, "With foods that contain both palmitoleic acid and palmitic acid, the good effects appear to far outweigh the bad . For example, although macadamia nuts contain both acids, they've been shown to reduce cholesterol. Plus, food is always more complicated than just one or two nutrients. There are things we're only beginning to understand that exist in every food we eat, and omega-7s are a good example of that."

Researchers, including Sygo's colleagues at the Cleveland Clinic, are currently examining the effects on humans of supplements made with palmitoleic acid. So far the results are promising, but there are many questions still unanswered. Sygo explained, "We don't yet know what dosage you would need to see benefits, how much might be too much, or whether it makes a difference if you're male or female. We don't know whether omega-7 supplements would interact with certain medications or other supplements, or how people with heart disease or diabetes might respond."

Bottom line: For now, Sygo recommended, skip the omega-7 supplements and focus on boosting your intake of omega-7-rich foods. For instance...

You can add more low-mercury fish to your diet without hesitation, Sygo said. The presence of omega-7s in fish may help explain something that has stymied researchers-why eating fish seems to yield more health benefits than taking omega-3 supplements. Sygo explained that, to make those supplements, manufacturers isolate the omega-3s-which means that they remove the omega-7s.

Have a small handful (about 10 to 12) of macadamia nuts each day. Don't go over board if you're watching your weight, because this size serving has about 200 calories.

Why not try sea buckthorn berries, too? Various products are available online and in some health-food stores. They can be eaten in various ways-as dried berries, which have a citrusy, somewhat tropical taste... jelly...oil... or juice (if you find it tart, try blending with other juices). 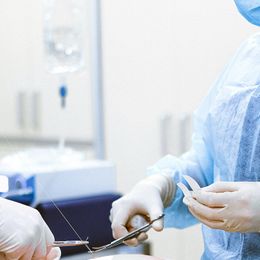 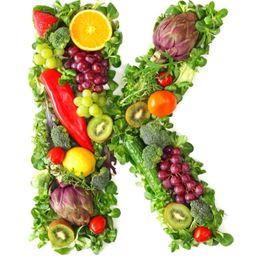