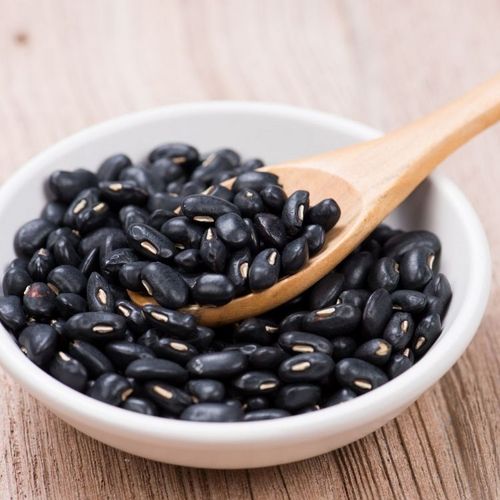 One Food That People with Diabetes Really, Really Really Need

A humble everyday food is amazingly good at helping to control diabetes and prevent the complications of this deadly disease patients ban it from their diets.

I'm talking about legumes-beans, chick peas, lentils-which truly are close to magical when it comes to their health effects, particularly for folks with type 2 diabetes.

So if you're among the crowd of "bean holdouts,'' you should try to give beans and other legumes a place of honor in your daily diet. Your life could depend on it! Here's why...

Beans and Your Blood Sugar

For diabetes patients, keeping blood sugar levels as close to normal as possible is crucial... but controlling those fluctuating levels can be a real challenge. Many patients take antihyperglycemic drugs for this purpose, yet diet remains a major factor in diabetes management.

A lot of people with diabetes focus on high fiber foods such as whole grains to help avoid problems like heart disease. And fiber does help (though the exact mechanism is unknown). But now a new Canadian study shows that beans and other legumes do the job even better.

The secret behind legumes' awesome power lies in their low glycemic index (GI) status. The GI is a scale from 0 to 100 that ranks foods based on their immediate effects on blood glucose levels. The lower its GI, the less of a blood sugar spike a particular food causes.

The study included 121 men and women with type 2 diabetes. Participants were divided into two groups and assigned to follow one of two healthful diets that were fairly equal in total calories, fat, protein and carbohydrates consumed.

As part of their diet, the first group was told to consume about 190 grams (two half-cup servings) of beans or other legumes each day. The second group's diet included an equal amount of whole grains, such as whole-wheat cereals and breads and brown rice. Each group also avoided the alternate food-in other words, the bean group avoided whole grains and the whole-grain group avoided beans.

After three months: The whole-grain group did benefit from their diet-but the bean eaters benefited even more. Specifically...

Hemoglobin A1C values-indicated by a blood test that measures average blood glucose levels for the previous three-month period-dropped significantly more in the legume group than in the whole-grain group.

Also: In the legume group, the average weight loss and waist-size reduction slightly exceeded those of the high-fiber group.

Give A High-Five For Low GI

And in fact, both the legume group and the high-fiber group did improve. On the hemoglobin A1C test, for instance, both groups got their levels down below 7.0-a benchmark that often allows patients to eventually decrease their diabetes medication.

Still, the legumes came out ahead for several reasons. Unlike whole grains, beans are a very good source of protein-and protein does not cause blood sugar to fluctuate the way carbs can. Beans also provide plentiful potassium, which may reduce blood pressure by counteracting the effects of sodium. But the primary factor in beans' favor, Dr. Jenkins said, is that they are among the lowest-GI foods because their complex carbohydrates are digested slowly.

Who Should Give a Hill of Beans

Legumes are particularly good for diabetes patients, but just about everyone can benefit from better blood sugar control. Are you hesitant because you don't care for the taste or texture? There are many types of beans and other legumes to choose from-so keep experimenting until you find some you enjoy!

It's easy to incorporate one cup of these potent orbs into your daily diet since they are so versatile.

Tasty suggestions: Add white beans to vegetable soups and meat stews... use black or kidney beans plus tofu as the basis for chili... top salads with edamame (boiled green soy beans)... serve lentils as a side dish or salad... enjoy the many varieties of hummus, made from chickpeas... or puree any type of bean to make dip, adding what tastes good to you-olive oil, pepper and/or other spices you love.

And don't worry about gas. Despite the "musical" reputation of beans, the study participants registered few complaints in this department. However, if you are concerned about bloating or flatulence, Dr. Jenkins advised starting with just one-half cup per day and increasing gradually over several weeks to give your digestive system time to adjust.