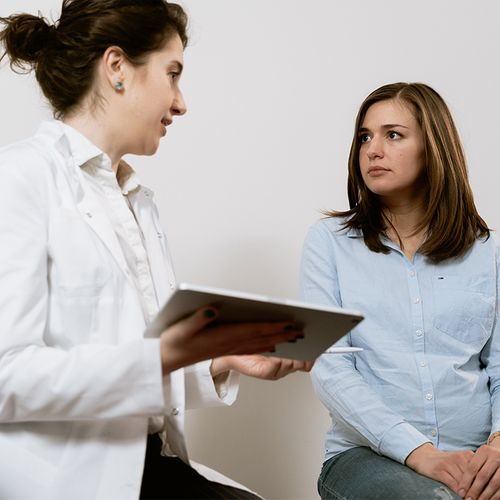 Uterine artery embolization is an effective, nonsurgical therapy for fibroids-common, benign growths of the muscular wall of the uterus that can result in pain and heavy bleeding-a new study says.

But many American women are unaware of embolization as a treatment option, according to another team of researchers.

The two studies were presented at the Society of Interventional Radiology's annual meeting, in Washington, D.C.

"If you're suffering with symptomatic fibroids, you don't have to have surgery. Uterine artery embolization is an excellent option," said the author of one of the studies, John Lipman, MD, director of interventional radiology at EmoryAdventist Hospital in Atlanta. "There are some women who are silent sufferers. They basically hemorrhage each month because they know they don't want a hysterectomy and they feel it's the only option. So, they just sit on the sidelines because they don't want the surgery."

Uterine artery embolization (UAE), which is sometimes called uterine fibroid embolization, cuts off the blood supply to fibroids by blocking the uterine arteries. The procedure is minimally invasive, doesn't require general anesthesia, and often allows women to return to normal daily activities within a week, instead of the six weeks or so needed for recovery from a hysterectomy.

The downside to this procedure is that it's not effective for everyone, and in rare cases, the fibroids may recur, according to the Society of Interventional Radiology (SIR).

"FUS is a newer procedure for uterine fibroids and whether it provides sustained symptom relief is still being evaluated. My research shows that when FUS fails, these women could benefit from uterine fibroid embolization," said the study's lead author, Dr. Alisa Suzuki, an interventional radiologist at Brigham and Women's Hospital.

But Dr. Lipman suspected that despite the procedure's efficacy-many women aren't being made aware of UAE. In his study, the Emory researcher interviewed 105 women being seen at an Atlanta-area fibroid practice to assess whether or not their gynecologists had told them that uterine artery embolization was an option. Lipman pointed out that gynecologists don't perform UAE, interventional radiologists do. So, if women were not informed about the procedure by their gynecologist, Dr. Lipman asked how they learned about UAE.

"While I encourage patients to use the Internet-it's important for patients to empower themselves-it's up to doctors to give their patients all the options. Gynecologists need to take the lead and tell their patients about this option. Patients shouldn't have to direct their own therapy," Dr. Lipman said.

William Romano, MD, an interventional radiologist at William Beaumont Hospital in Royal Oak, Michigan, added, "Embolization is a good treatment option and it should at least be considered in all patients with fibroids. It would be nice if the knowledge of it was more widespread."

Exercise During Pregnancy Benefits Your Baby, Too