Exciting developments are occurring in the field of arthritis research. In many cases, even among people who are genetically predisposed to arthritis, unless there also is an environmental or lifestyle trigger (being a smoker, for instance) to spur the onset of the disease, chances are good that arthritis will never develop.

What this means: Far from being an inevitable result of aging or an inescapable fate for those with a family history of the disease, arthritis is quite possibly preventable. and many of the same strategies that guard against the development of arthritis also help slow its progress, making the condition more manageable if you do get it.

What it is: Arthritis is an umbrella term for more than 100 conditions that affect the joints. Osteoarthritis, which is by far the most common type, involves the deterioration of the cartilage that covers the ends of bones, leading to pain and loss of movement as bone rubs against bone. Among young adults, osteoarthritis most often is seen in men-but after age 45, Women sufferers outnumber men. Second-most common is rheumatoid arthritis, an autoimmune disease in which the immune system attacks and inflames the synovium (membrane lining the joints). One of the most severe types of arthritis, it affects women twice as often as it does men.

What to do: Follow the steps below to help prevent various types of arthritis…

Helpful: Even if genes place you at increased risk, dropping your excess weight-or perhaps even as little as 10 to 12 pounds-makes your arthritis risk drop, too.

Prudent: To help prevent neuromuscular injuries that can place added stress on joints, warm up for five minutes before you exercise or perform any strenuous activity (shoveling Snow, moving furniture)...and stretch afterward. Watch out for hazards that could lead to falls and bone fractures, such as icy sidewalks and cluttered floors.

Self-defense: Vary your motions as much as possible. and take frequent breaks.

To quit smoking: Visit www.smokefree.gov for referrals to quit lines and advice on how to stop smoking.

Findings: In a study of more than 25,000 people, researchers found that those who developed arthritis ate, on average, 20% less zeaxanthin and 40% less beta-cryptoxanthin than those who did not get arthritis. Both of these antioxidants are found in yellow-orange fruits and vegetables (apricots, pineapple, peppers, winter squash)...zeaxanthin also is found in leafy green vegetables (arugula, chicory, kale, spinach). Another study of 400 people showed that those with the highest blood levels of lutein-also found in leafy greens-were 70% less likely to have knee arthritis than those with the lowest levels.

Sensible: Boost your intake of foods rich in these three important antioxidants.

Observational studies also suggest that vitamin C helps keep arthritis from progressing-perhaps by stimulating the production of collagen, cartilage and other connective tissues in the joints.

Interesting: You have an advantage if you were born, raised and currently live in the western part of the US.

Recent finding: Compared with women in the West, those in other areas of the country have a 37% to 45% higher risk for rheumatoid arthritis.

What to do: You can't necessarily change where you live, of course—but if your location suggests an increased risk for arthritis, you can be extra conscientious about following the self-defense strategies above.

Supplementing with 2.3 grams daily of omega-3 fatty acids reduced agitation in Alzheimer's disease patients who carried the APOE gene (revealed by genetic testing)...and eased depression in patients without the gene.

In a study of 120 menopausal women, one I group took omega-3 fatty acid supplements three times daily for eight weeks, while another group took placebos.

Result: Among women who had hot flashes before the study began, those who took omega3 supplements had an average of 1.6 fewer hot flashes daily, compared with a decrease of 0.50 in the placebo group.

Theory: Omega-3s may play a role in regulating the interaction of brain chemicals that have been linked to hot flashes.

If you have hot flashes: Ask your doctor about trying an omega-3 supplement.

This chronic inflammatory disease can affect many body systems and organs.

Best: Patients with lupus should ask their doctors about daily supplementation with omega-3 fish oils. 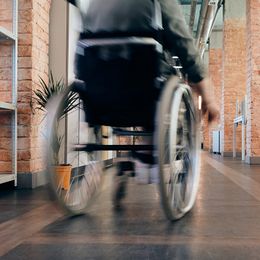 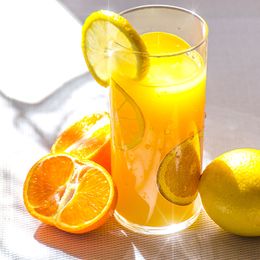